Should Flex Lewis Have to Qualify for Men’s Open Olympia? 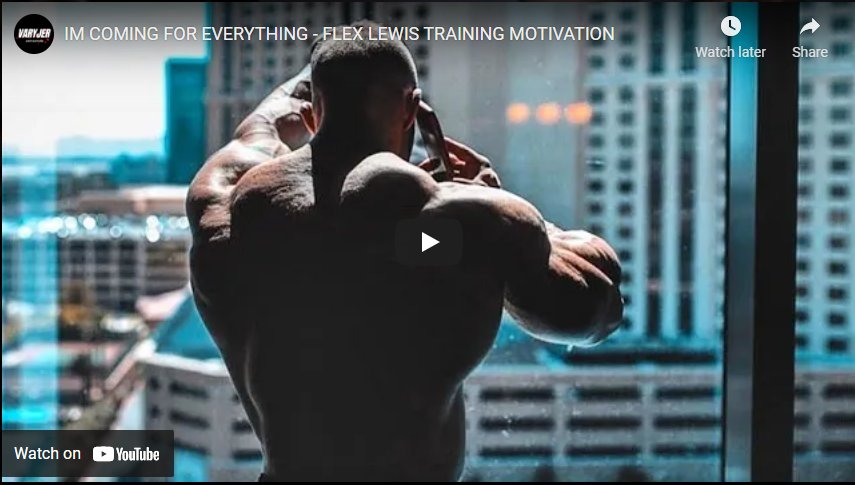 I’m going to get a ton of hate for this article, but it is what it is. This is my opinion, and just like assholes, we all have one. I first want to say that I have the utmost respect for Flex Lewis. This article is not a knock at him or any type of “hate” in any sense of the word. However, what I’m about to say is going to probably cause a massive reaction either in one direction or the other.

Flex Lewis Has Accomplished Almost Everything in Bodybuilding

I don’t need to tell you that Flex Lewis is one of the best bodybuilders to ever live — his 212 Olympia titles solidify that spot in history. That said, after “retiring” from the 212 division and hinting at a return to the Men’s Open division, no one thought it would be several years later.

The Olympia has had its ups and downs over the years, and every year they try to out-do the prior (which they have seemed to be able to accomplish with Dan Solomon at the helm of it all). In 2020, Flex was offered a special invite to compete in the Men’s Open Olympia, which everyone was excited for. It was an opportunity to see how he would do when thrown into a bigger bodybuilding class. Unfortunately, his shoulder had different plans, and he never stamped his ticket to jump on stage that year.

Everyone then thought Flex Lewis would appear at the 2021 Olympia (myself included). Well, that didn’t happen either as Flex decided to put his focus in other areas rather than stepping on stage.

That all said, Flex never lost his drive or passion for the stage, and I don’t believe for a second that his intention to step in a Men’s Open show has ever wavered. Personally, I really thought we would see Flex jump into the Arnold Classic (any of the previous years). I felt like it would be a good “warm-up” to what could take place at the Olympia and allow him to “size up” the competition and see where he needed to improve to hang with the bigger guys.

Flex always seemed to fight his body when it came to the 212 division. In a sense, he almost needed to downsize in order to make weight. The Men’s Open division only seemed like the next best place for him so that he could allow his body to continue to grow.

If you’ve followed Flex in the off-season, he’s a giant. And not a blob of a giant. I’m talking a massive man with mounds of impressive muscle. It’s clear that Flex feels right at home, and his body is responding nicely to the training and additional mass. However, I’m not sure if the Olympia should be his first show.

Should Flex Have to Qualify?

Now, for the million-dollar question… Should Flex Lewis have to qualify for the Men’s Open Olympia? Dan Solomon, please don’t shoot me, but I don’t think he should get another special invitation.

While I hate to compare Flex with Kai, we’ve been hearing about a comeback for years now and have yet to see Flex on an Open stage. There are professional bodybuilders on both sides of the debate who have chimed in with whether or not they believe it’s fair to allow him to hop into the Men’s Open Olympia without having to qualify, just like everyone else.

When you look back in history, there have been top bodybuilders who never won a show for the year nor qualified for the Olympia and therefore had to sit out. Should they have been given a special invite just because of their name? Some may argue that the answer is yes, others no.

Again, I’m a huge Flex Lewis fan and feel he’s everything good in the sport of bodybuilding, but I don’t believe he deserves a special invite (again). In my opinion, and at this stage, I think he should have to qualify.

Would a Flex Lewis invite help sell out the arena and put butts in seats? Without a shadow of a doubt. But will another special invite where we take one athlete from one division and throw them into another division open up a can of worms for all the other divisions? Let me explain.

The way the rules are structured, you currently are not able to have one Olympia winner from one division compete in another division without having to go through the same qualification process as everyone else. Essentially, if Flex were given a special invite, it would toss those rules out the window.

What’s not to say that Oksana Grishina (I’m just using her as an example due to her Fitness accolades) doesn’t decide to change things up and make the switch over to Bikini? She’s won the Olympia four times and the Arnold Classic 10 times. Does that mean she’s deserving of jumping divisions and doesn’t need to qualify? Even Erin Stern, who was a figure competitor, had to qualify once she came back and decided Bikini would be a better fit for her physique now.

I’m not here to stir the pot and create a shit storm, but I’m just not on the side of giving Flex a free pass to jump into the Olympia. If his physique is as good as he and everyone else thinks it is for Men’s Open, he should have no problem going into a show in 2022 and winning so that he would qualify for the Olympia.

And the whole “Flex can only peak once in 2022” is crazy. That’s Neil Hill’s fault then, if that’s what he believes. He was clearly banking on a special invite in that case, and saying Flex won’t compete in the Olympia without a special invite is a slap in the face to every Men’s Open competitor out there.

So, there you have it… I said it. I’m now going to go delete my social media accounts and toss my phone into the lake so that I don’t have to read all the hate I’m about to get. (LOL)