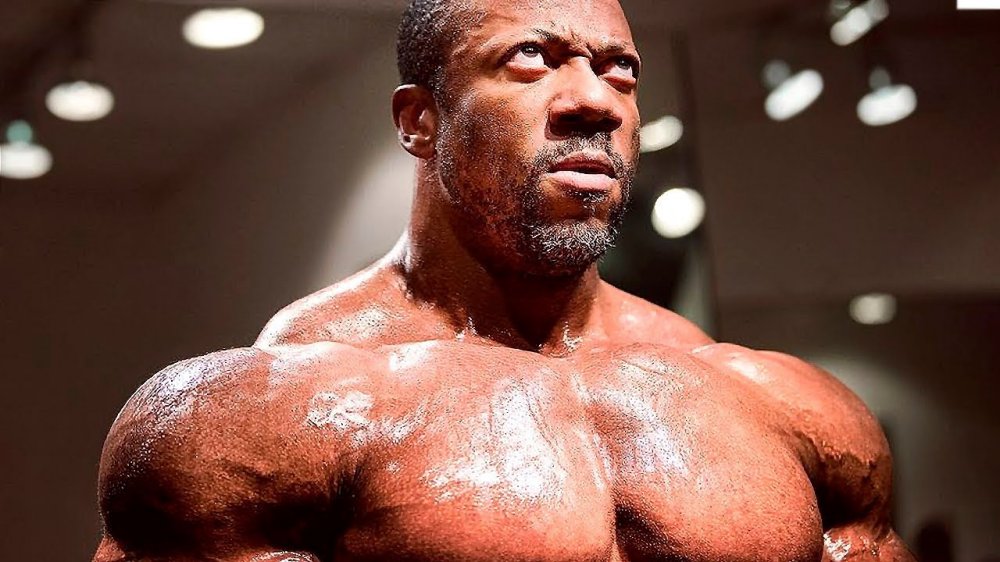 Over the course of the last couple weeks a flurry of videos have made their way onto YouTube, all parroting the information released on a recent Stanimal interview with Generation Iron. While I don’t fault the network for speaking with Shawn Rhoden’s longtime friend, training partner, and roommate, I don’t know that much information was discovered. We all knew, or suspected, that Shawn passed as a result of a heart attack. It’s become well known that Flexatron had suffered a heart attack before the one which he succumbed to, and it was also well known that the family had declined doing an autopsy.

Typically, if the decedent is under a certain age (which varies by territory), the State may cover the cost. Being that Shawn was over the age of 40, his family would most likely have had to foot the bill. These procedures can get quite costly, so I totally understand their decision not to have elected to have one performed. The Stanimal interview did shed some light on that; however, much of it, was recycled information. I don’t fault the interviewee and I’d stop short of calling the interview, clickbait, but rehashing this very unfortunate event over and over, will eventually become just that.

Another element of the interview that’s interesting, is the fact that the GoFundMe came up. This was a fund that the family put an end to. It was started with the best of intentions and from what I gather, initially, had family support, but that didn’t last long. While these funds are great at raising money and honoring the passed greats, many families don’t want them. Take the GoFundMe for the passing of John Meadows. While the fund raised a substantial amount of money, I’ve heard John wouldn’t have wanted one and the family didn’t ask for it, either. Meadows left his family very well taken care, but in that situation, the fundraiser was allowed to move forward. Sometimes, the families will honor the campaign’s organizers and the donors because their hearts are in the right place. There’s no question that those who started the fund for Rhoden had similar intentions. This too, however, is old news.

I watched the entire Stanimal interview on Generation Iron. If I was to rate it, I’d give it a 7 out of 10. It was done in good taste, and I didn’t feel like anyone was trying to stretch the story into follow-ups. It wasn’t groundbreaking and it didn’t really offer up any top-secret information. Some deaths in our sport are obvious. Rhoden’s, Meadows, and Hernon’s come to mind.

Although the Stanimal video offered far less insights into Rhoden’s death as the title alluded to, this didn’t stop several YouTubers from making videos dissecting his every word.

Many content creators are privy to the fact that the video sharing platform requires a certain amount of runtime in order to qualify for monetization. Some creators are open about it. They’ll even muse at the fact they must reach a certain timetable in order to be able to host ads on their content. While honesty is always commendable and while this level of candor could even be funny, it’s also quite sad that bodybuilding news has devolved into such a shameless state. It’s also mind blowing that anyone would sit there and watch a guy, self admittedly, filing up a space of time with hot air in order to get money. Whenever I see videos like this, I quickly exit out, but apparently most others do not. I think the reason for this, would be the crescendo that the creator builds upon.

Many viewers see a title like that of the Generation Iron story – or – any of the number of reaction videos, and they tend to believe that the groundbreaking news is buried in there, somewhere. It’s probably not going to be put in the beginning because the content creators don’t want people only watching 30 seconds. They won’t put it in the middle, because how easy would that be, to just skip the first 1/3. Most videos start out with sponsor ads and intros, so the smart money would be in the middle. Most viewers probably think creators are privy to this, so they’d never put the real meat of the story in the middle. Surely, they wouldn’t put in the end, because that’s the most common place. I’m sure this is the kind of internal debate most viewers have, and not just for one video. So they end up watching the whole thing.

It’s a game. Clickbait, fake news – it’s all a game. It flies in the face of honest journalism and it’s something I refuse to do on my videos for StrengthAddicts. I find it disingenuous. If I have news to report, I’ll get to it. Of course, I’ll include some commentary, but I’d be fully transparent and distinguish the news from my views. Some YouTubers blur the lines, so much so, that the viewer can’t make figure out what’s fact from fiction.

I, personally, wouldn’t be able to do that. My conscience wouldn’t allow it. Further, I think putting out videos like the flurry of reaction videos to the Stanimal GI interview, only furthers this warped agenda. There’s nothing to react to because nothing new was really put out. Nonetheless, there’s no less than a dozen channels adding their spin. The shameless platforms have outdone even this, creating doubt where there shouldn’t be any. Their motivation isn’t based on wanting to get down to the bottom of things, rather, they want to continue to create content out of thin air. I suspect we’ll see more of these types of videos over the course of the next couple months. Once the bodybuilding season kicks off with the Arnold Classic, only then, will many of these outlets change their tune. Right now, they’re bored out of their minds, nothing is happening, but they cannot go silent.

My hope is that after this GI interview, that Shawn will be left to rest in peace. I’d hope the vultures would move on to real news stories, but I doubt they will. And even if the news stories and video commentaries suddenly stop, we still haven’t seen the merchandise to come. If the family opposed a Go Fund Me, I’m sure they’ll oppose t-shirts, hats, and other mementos, too.

I, personally, find that idea of selling clothing honoring the dead, to be a little morbid and distasteful, but where there’s the chance to make money, there’s going to be “entrepreneurs” looking to capitalize on it. They may donate a percentage to the family or to a good cause, but ultimately, they’re profiting off it. At least a few characters have even said, publicly, that at some point in time they’ll do GoFundMe’s even without the Rhoden family’s permission. Again, their intentions may be noble ones, but why would anyone defy Rhoden’s loved ones’ wishes, to do right by his daughter? I don’t get it.

I just wish we could let this amazing superstar, simply, rest in peace. There’s no need to continue speculating over what’s essentially a moot point. There’s also no legitimate reason to do more fundraisers, much less clothing or other merchandise to honor Rhoden. There are great ways to honor him that don’t involve making money. I, for one, think social media offers several ways to share and repost posts. We can remember him through his many great victories, discussing his road to the 2018 Mr. Olympia, and how he never stopped loving the sport of bodybuilding. We could discuss his commitment to fight for his innocence, and, how the sport failed him, denying him the ability to compete, how he lost a number of his sponsors, but how he kept going. How many people could do this? How many people could psychologically handle this, yet still smile, still be a source of inspiration to others?!?!

Rhoden never stopped going to shows, he never lashed out at federations or events. He was just so positive, so real. We can remember him for that. Competitors can remember him on stage, by hitting his poses, dedicating their routines to him. That’s also a great way to pay homage, without a single penny changing hands.

If YouTube channels really want to keep making videos, then I challenge those content creators. It’s very easy to see which videos are monetized and which are not. I challenge YouTubers adamant about making more Rhoden death videos, to publish unmonetized videos. If the goal, truly, is to get answers, then there’s no need to make money off of it. How many of these content creators do you think would accept the challenge? I say none.

Lastly, I’m sure my last point may also draw rebuke from some pretty influential people, but I also believe that a great number of do-gooders who have vocally made Shawn’s passing their #1 concern, have also done so in the shameless pursuit of pats on the back and accolades for themselves. I’m sorry, but not sorry. There’s money in death, there’s also popularity in death, and there’s clout in death, too. Perhaps I’m too much of a cynic for my own good – or – maybe I’m just a realist. So far, most of what I’ve seen after Rhoden’s death, has made me believe my theory.