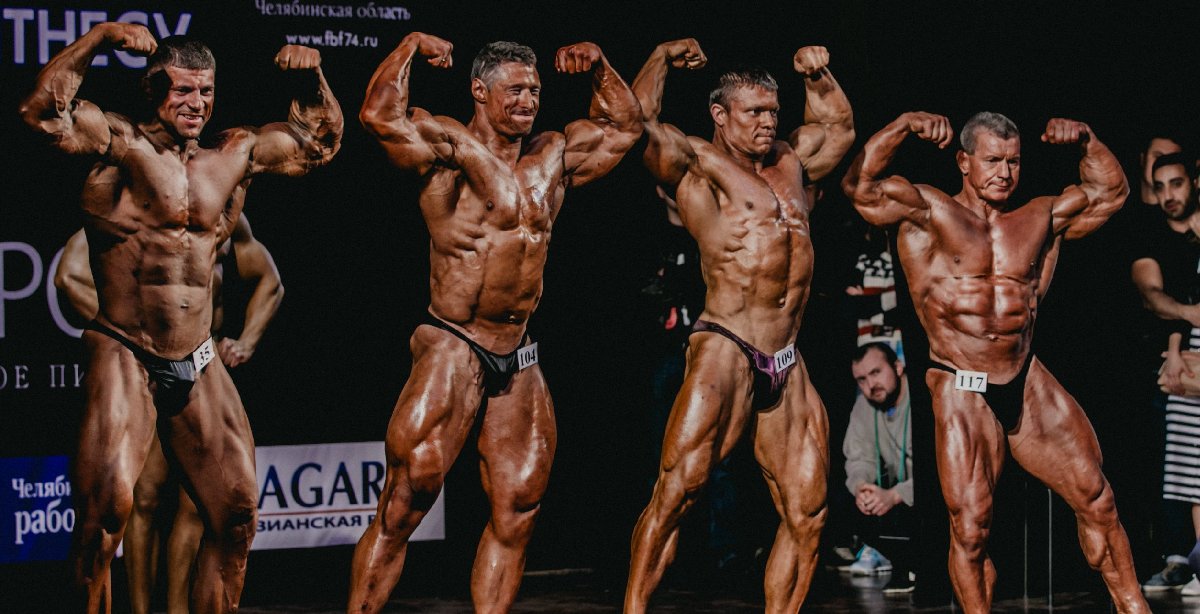 When you go to a bodybuilding show, one of the most electric parts of the show is the individual posing routines. It’s where bodybuilders get to not only show off their physique but also showcase their personality through their routine. Yet not many people understand that the posing round isn’t part of the scoring anymore.

The posing round is what gets people’s attention. You have bodybuilders who bring the house down with some popular hip hop or rap tunes, and then you have the smooth and slow beats where bodybuilders showcase a finesse routine. Honestly, there’s nothing wrong with either.

But the question that needs to be asked is, why would you waste your time on a posing routine if it has no bearing on your overall score? I don’t blame bodybuilders who do a very generic and vanilla routine with some random background music during the posing round. If I were a bodybuilder, I would just go out and wing a routine and just flow with it rather than invest a ton of time and effort into putting together a choreographed routine to music.

Enough is enough. We need to have the posing round be a part of the judging and scoring again.

The Posing Round Brings Excitement to the Show

In an M&F article, they quoted Steve Weinberger saying, “The posing routine is the performance part of the competition, and regardless of whether the round counts as part of the scoring, most competitors wish to present themselves to the best of their ability.”

Ultimately, that’s like your boss telling you that you need to be proficient with a role at work, but you won’t be compensated for putting in the time and effort to do it well. In the end, you’re probably not going to put much thought or effort into it if it has no bearing on the outcome of your job and salary.

These bodybuilders put in the time and effort to choose music that matches their personality, their routine, and individual tastes, yet their efforts are for nothing. For example, you had guys like Dorian Yates, Branch Warren, and Phil Health, with powerful music that got people up out of their seats. Combine that with a powerful routine, and you have the crowd’s attention.

Then you had guys like Melvin Anthony, Lee Labrada, and even Kai Greene, who were known for their slow and methodical routines that had softer music as the backdrop of their routines. Even though the music wasn’t loud and heavy, their routines wowed the fans.

You’re doing the sport a disservice by not scoring the posing round.

Then you have Bob Chick in a podcast interview on Dennis James’ show saying that there’s no good way to judge the posing round and that when he proposed doing away with it to the powers that be, he mentioned that “other bodybuilders sided with him.”

Honestly, I’d love to know who he spoke to, and SINCE HE’S THE ATHLETE’S REP, I’d expect him to speak with EVERY athlete since he “represents” them. From the athletes’ input, THEN Bob should have gone to the IFBB with the athletes’ concerns if it was unanimous that they wanted to do away with scoring the posing round.

I don’t agree with Bob, which I don’t agree with most of the things he says anyways. But the excuse that there is no good way to judge a posing round is asinine. You mean to tell me that you have a measure and standard in place of how to judge every single bodybuilder’s physique when they all look fairly similar on stage, yet you can’t find a way to judge a posing round where every routine is drastically different? Come on, now. Doesn’t that sound ridiculous?

How is it that judges can score a gymnastics or ice-skating routine, but apparently, no one in the IFBB is smart enough to figure out how to score the posing routines of bodybuilders? Does anyone else find that a little odd?

Since people like to say that there’s a lot of complaining and not enough suggestions on how to fix things, I’m going to give my two cents on how we can come up with some sort of scoring for the posing round.

Here’s How You Can Score the Posing Round

Obviously, you can take bits and pieces of what I’m about the recommend and combine or edit them as you see fit to make scoring the posing round a reality, but overall, this shouldn’t be that difficult to figure out and come up with some sort of scoring standard that the judges can follow.

The first thing they should focus on is the poses themselves. How do they look? How are they showcasing their physiques? Are they stumbling and fumbling around on stage when hitting their poses, or are they rock solid in their posing during the actual posing round? That should be the most important aspect — their physiques.

Next, how does their routine match their music? Are they blasting Eminem or Biggie, yet they are slow as a turtle with their posing? The music and routine should flow seamlessly. Do they flow from one pose to the next, or is everything choppy?

There are so many fun and exciting parts of the posing round that there has to be some way to incorporate it back into the judging. We need to reward competitors for not only the physique they bring to the stage but their charisma.

I’m not one for giving excuses, I’d much rather find solutions. Claiming you “can’t figure out a way to judge the posing round” seems like a cop-out excuse to me. Figure it out. The posing round needs to be a part of the scoring again. If you’re forcing the competitors to put on a show during the posing round, let that be judged and scored for their efforts.