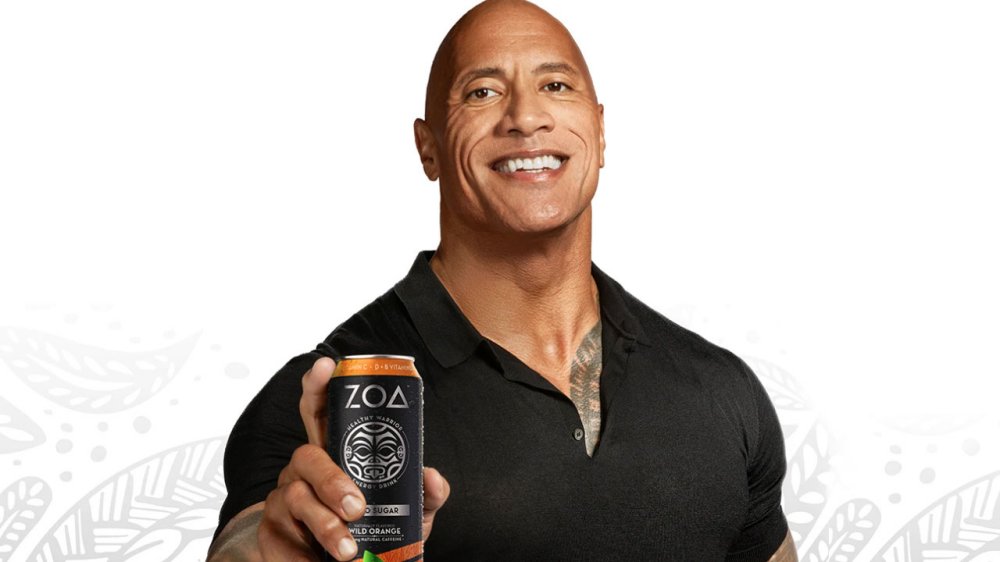 When Dwayne Johnson mentioned he was launching ZOA, an energy drink, most people cringed at the thought. Was putting his name on an energy drink going to really be a good move? If the product flops, he’s got egg on his face, and anything he comes out with in the future may be tainted.

Come the launch, I sat back and waited. I watched and listened. I wanted to see what consumers outside the fitness and supplement industry said about the drinks. And, well, the reviews were mixed. You had people who said ZOA was an amazing energy drink and exactly what they were looking for. Then, on the other side of the spectrum, you had people who said some pretty horrifying things about it.

I decided to try ZOA for myself and give my own opinion. What did I think of it? Let’s find out.

Where the Heck Do You Buy ZOA?

My first challenge was actually finding ZOA. I like supporting local businesses and couldn’t find these energy drinks anywhere. All I found were the typical Red Bull, Reign, Rockstar, BANG, C4, and every other energy drink you find at your local grocery store and gas station. Not a can of ZOA in sight. So, I had to purchase it from Amazon.

If you were to search on Amazon at the time of writing this article, you’d find it around $30 per case of 12 cans. Not the most expensive, but certainly not the most cost-effective energy drink out there either. Personally, I lucked out, and when I purchased it, a case of ZOA was on sale for $15 (score for me!).

What Makes This Energy Drink So Special?

Those who know me know I love my energy drinks. I have one every day (sometimes two if I’m struggling to keep up with the demands of the day). I’m used to drinking Reign, Rockstar, and BANG (those are my three go-to energy drinks).

ZOA pushes the immunity side of things along with natural energy, which I understand they are going for a different target market than those who are the die-hard caffeine junkies. I respect that. They push the fact that they have Camu Camu berries and Acerola cherries in it, along with some amino acids, B-vitamins, and natural caffeine from green tea and green, unroasted coffee beans.

If you’re looking for an energy drink that’s going to kick you in the butt and get you moving, ZOA probably won’t fit the bill. You’re looking at 160mg of natural caffeine along with some energy properties from the B-vitamins. Overall, nothing to write home about, but for those who don’t want 200-300mg of caffeine in an energy drink, it should slide into their rotation nicely.

They also push hydration with ZOA, but let’s be real, anyone who includes potassium, magnesium, and sodium could technically call that benefit out — and nearly every energy drink includes them all, so the hydration call-out is moot.

The other ingredients are a little confusing to me. If you’re going to add amino acids and choline, at least make the doses worthwhile. Both ingredients are massively underdosed, and if you think you’re going to support lean muscle mass or metabolic rate with ZOA like they mention, you’re only kidding yourself. Personally, I would have just left both of those ingredients out. Why try to be a Jack of All Trades, Master of None when formulating your products (this goes for all brands, not just ZOA).

Overall, I’m not saying that ZOA is terrible, but the profile left much to desire. If you wanted to push the all-natural energy and immunity benefits, I would have just stayed in your lane and doubled down on those two areas. And honestly, I think people would really dig a product that provides a natural energy boost for the morning commute or mid-afternoon timeframe, along with some immunity benefits to keep you healthy and potentially keep sicknesses away. Would it be the most cost-effective at that point? No, but I don’t feel that’s the case with the current version either.

What Do I Think About the ZOA Energy Drink?

The two flavors I purchased from Amazon were the Original and the Lemon-Lime. Both were the zero sugar versions, which I prefer in energy drinks. The five flavors they sell are Original, Lemon-Lime, Wild Orange, Super Berry, and Pineapple Coconut. I can only speak on the two flavors I tried, but I liked them. I thought the flavor profile was good, refreshing, and was nothing like what some of the reviews had to say.

Now, would I purchase ZOA in place of the current energy drinks I consume? At $30 per case and only 160mg of caffeine, there’s not a snowball’s chance in hell. But I respect what the crew over at ZOA has released to the market. If the cans were more along the lines of $2 per can, they would be something I’d consider putting in the rotation.

Would I like to try the other flavors I haven’t had yet? Absolutely. But I feel that for what the product is, it’s overpriced. Maybe it’s priced that way due to having some big names attached to the brand? I don’t know. But personally, I couldn’t care less who’s behind the brand, I judge the product based on the profile, taste, and cost. Unfortunately (for me), ZOA only nailed one of those — taste.

Would I Recommend This Energy Drink?

Without a doubt. If you have money to spend and $30 for a case is reasonable for you, according to your wants and needs in a beverage, by all means, get them. If you are, I’d only be looking at them for the mid-range caffeine content when you compare it to others in the market. With ingredients like Camu Camu and Acerola, it makes the beverage unique in the space, but nothing really industry-changing.

If you haven’t had ZOA before, give it a try and see what you think. And if you can find it on sale, then it’s a definite must-buy!