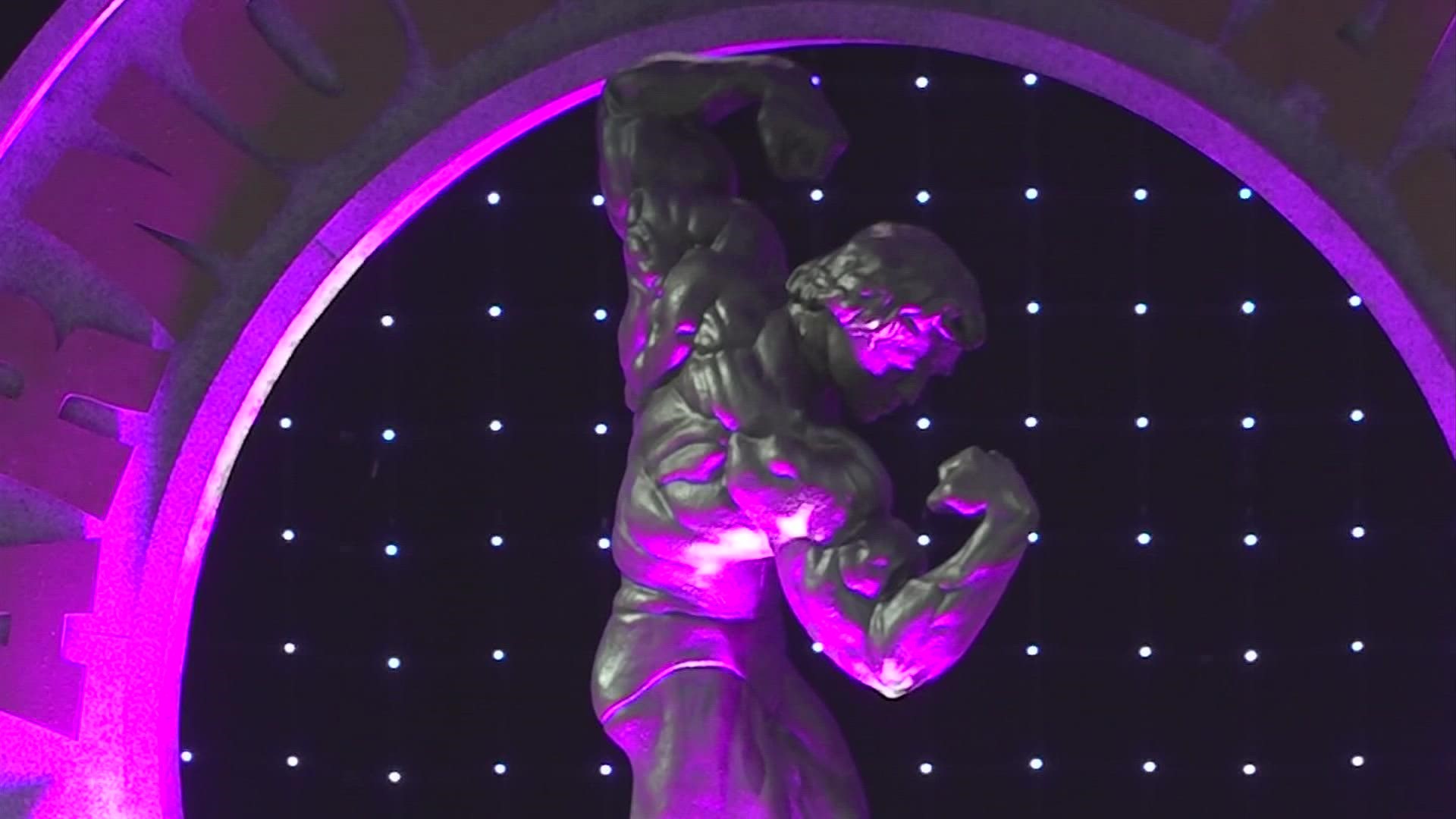 We don’t post crap articles here at Iron Magazine. Whether it’s yours truly, Matt Weik, or the bossman Robert Dimaggio, we only write quality stories – based on facts. When we don’t write based on facts, we may write from an educated point of view. What I mean here is that we tap into decades of knowledge insofar as how the [fitness] industry works, how the sport of bodybuilding is run, and and taking into account powerful trends that many times help tell stories that words simply cannot.

When I wrote some weeks ago about the 2023 NPC Arnold Amateur’s indefinite postponement and said it was highly problematic, many of my critics couldn’t help but race over to tell me the show was back on when the announcement was made a week later. Rather than retract the position I took on my article, I doubled down. The fact the show was miraculously put back on didn’t change my position one bit. If anything it made it all the more bold.

Whether that show happened or not wasn’t the point of concern. The fact that the Arnold shelved it, even for a week, just three months out sent shockwaves throughout the fitness industry. Once the toothpaste is squeezed out of the tube you can’t put it back in. Putting it back on the calendar doesn’t remove the uncertainty that initially postponing it caused. And while many of the talking heads brushed that piece of news under the rug, opting instead for a glass half full approach, I knew better.

Now everyone’s scrambling because the Arnold Open (Bodybuilding) only has 8 guys, two of which from the 212 Division. What adds insult to injury is that the Arnold Classic cut 212 Bodybuilding after the retirement of The Welsh Dragon, James “Flex” Lewis, and today 212 bodybuilders represent 25% of the group of guys that will vie for the 2023 Arnold Classic title.

Arnold has only known success in life. As a bodybuilding competitor, actor, and politician. His resume in bodybuilding has always been a matter of record. While he’s admired in Hollywood and admired in politics, in bodybuilding Arnold has God-like status. Even people who are polarly opposed to him politically in the sport would melt before him. No one in bodybuilding truly dislikes Arnold. He’s revered and his contest has become second only to the Olympia.

The pecking order has always been Olympia, Arnold, NOC (when it existed) and IronMan (when it existed). Today it’s anyone’s guess which contests are 3rd and 4th most important but everyone agrees that the Arnold is 2nd only to the Olympia. Not only is it second in terms of prestige but it’s also second in terms of prize money. In 2023, the winner of the open bodybuilding title will earn $200,000. That’s some serious cash, but with only 8 guys competing, it seems like a robbery. It seems like Arnold is getting taken for a ride and the guy who’s revered is looking more like the guy who’s getting royally played.

With the passing of Jim Lorimer and a very real change of the guard in terms of operations, Arnold may have to do something he’s never done with the show that bears his name. He may actually have to work. I think he’s starting to realize that while he could delegate 95% of the work to Jim Lorimer, The Lorz Family, and MIke Davies, that that can’t just happen with new blood. The fact only 8 guys have confirmed wanting to do his show is as much his team’s failure as his own.

I mean the show pays a boatload of cash, it’s 9 months out from the Olympia, and it has an expo where all the top guys’ sponsors will be. They could make tremendous money, see all their fans, do tons of press and even have some nice down time, yet only EIGHT guys seem to want to do it. The city hasn’t changed. The afterparties are still there. So what’s different?

Well, it’s now being run by different people. Also, unlike the Olympia which brought back women’s bodybuilding, the Arnold continues to disrespect the division by keeping it off its stage. It also cut Women’s Physique and that’s caused some to think Figure might be next. On the men’s side, the Arnold still hasn’t brought back the 212. That’s why it’s so noteworthy that two 212 Mr. Olympias are battling for the 2023 Arnold Classic title. How stupid would Arnold look if guys from a division he didn’t feel important enough to include won the open? And it could happen. If Hadi and Derek (two former 212 competitors) are currently 1,2 in the open ranks, then it stands to reason that guys like Kamal and Shaun could win the Arnold. This is especially true because unlike the Olympia, the Arnold has never been a contest where mass bests shape and symmetry.

Speaking of shape and symmetry, Arnold has made no secret of his admiration and fascination with Chris Bumstead. In fact, he’s even said that that’s what bodybuilding should look like. Who’s to say that Arnold’s commentaries haven’t reached top bodybuilders like Brandon Curry and Big Ramy who might have done the contest but don’t appreciate being upstaged by a competitor of another division? While Arnold’s words are magic to the ears of purists, they aren’t very flattering to open bodybuilders.

For open bodybuilders to hear and read that a guy from Classic looks more like bodybuilders than they do is pretty humiliating. I’m not saying that’s why they won’t do Arnold’s show because I can think of 200,000 reasons that would soften the blow of his rhetoric, but if guys are doing well at the O, making good money from their contracts, and still enjoy life, then even the Arnold payday may not be enough.

When it comes to Hadi, he’d be an absolute fool to gamble doing the Arnold in the year of his first Olympia defense. Even if the Arnold is 8 months out, it’s still too much of a gamble. Derek or Nick could do it, but they may also want to focus 100% on the biggest show in bodybuilding. Brandon could throw his hat into the ring, but he too may want to focus on the O.

Also, even though there’s only eight guys, one of those eight guys is Arnold Classic champion William Bonac. He was pretty much screwed over at the ‘22 O and will be in Columbus giving 110%. Any guys that go to the Arnold will have to face off against The Conqueror and that means they will have to really give it their all. Bonac has placed as high as 2nd at the Olympia and I can promise you he’s going to battle like there’s no tomorrow. This show will not only be about a great payday, but it’s going to be a strong reminder that he’ll be coming back to the Olympia stage with renewed vigor in 2023. Plus guys like Nick Walker know better than to gamble with Bonac. If Bonac wasn’t there, I suspect the number 8 would probably be around 10 or 12.

There are guys that are legitimately scared to go to battle with William Bonac. Believe that!

I also don’t want to downplay the threat presented by 212 Olympia champions in 2x champ Shaun Clarida and 1x champ Kamal El Gargny. With nicknames like The Giant Killer and The Lion these guys live up to the hype. Shaun won an open show in Reno and Kamal basically won an open show in Tampa, though on paper he was 2nd to Akim Williams. Still, just wrap your head around that one! Kamal – a 212 guy – was second to AKIM WILLIAMS, one of the biggest pound for pound bodybuilders in the pro circuit. Don’t be fooled by the fact Shaun and Kamal weigh way less or are shorter – they’re every bit as dangerous.

If the Arnold were an easy pay day, there’d be a few more guys, but even that aside the contest’s lackluster roster and poor turnout is really a problem I blame on those running the show. Whether it’s poor planning, inexperience, or laziness, the 2023 Arnold Classic Bodybuilding contest is shaping up to be a failure.

While there’s no chance Arnold will cancel Bodybuilding for 2023, I could see him dramatically dropping its prize money for 2024 or coming up with a different payout process. If he doesn’t change something, he’ll look like as much of a sucker in 2024 and beyond as he’s looking to most of us in 2023.