Beta-alanine works better if you take it with meals

Athletes will benefit more and faster from a beta-alanine supplement if they take the amino acid during meals. Sports scientists at Ghent University in Belgium discovered that taking the supplement during a meal leads to a faster increase in carnosine concentration in the muscles than when it's taken between meals. 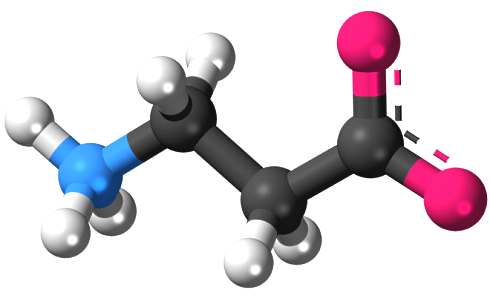 Performance, carnosine & beta-alanine
The dipeptide carnosine neutralises the acids that are formed in the muscles during intensive physical exercise. The more carnosine there is in your muscle cells, the longer you can continue your exertions for. And that's interesting for athletes.

The body makes carnosine by attaching the amino acids histidine and beta-alanine to each other. The body has an ample supply of histidine, but not of beta-alanine. That's why beta-alanine supplementation is a good strategy for jacking up the carnosine levels in the muscle cells.

Muscle cells absorb creatine and L-carnitine better if you ingest them with food. After a meal, the concentrations of glucose, insulin and amino acids in the blood all rise. Your muscle cells absorb the substances and activate anabolic processes. If this helps the uptake of creatine and L-carnitine, is the same true for beta-alanine? That's the question the Belgians set out to answer.

Results
Before the supplementation started and at the end of the experimental period, the researchers measured the concentration of carnosine in the gastrocnemius and soleus muscles of the test subjects. Taking the beta-alanine during mealtimes led to a greater increase in the carnosine concentrations in the muscle.

The uptake of the slow release version of beta-alanine taken half an hour before a meal was the same as when ordinary beta-alanine was taken during the meal. The meaning of this in practical terms escapes us, but it's nice to know.

After taking beta-alanine, the concentration of beta-alanine in the blood rises. If the peak coincides with a higher insulin level, then muscle cells seem to absorb the amino acid better.

Conclusion
Several percent of the beta-alanine you take is lost through your urine. Only a small amount actually gets to the muscles. So where does the rest end up?

"We suggest that beta-alanine oxidation could be an important metabolic fate of chronically ingested beta-alanine, possibly in skeletal muscle, but likely in other organs such as liver, kidney and brain", the Belgians write. "However, it is not excluded that other metabolic pathways are involved as well."