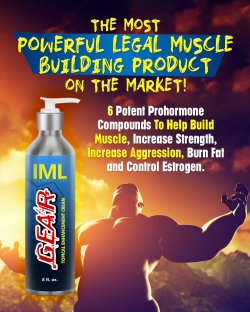 BETTER THAN CARDIO?
Hot tubs have played a pivotal role in my life. For starters, I relocated from my home state because of one. I was visiting my brother in New Mexico, and he took me to a party where some women gleefully took off all their clothes and plopped down into a hot tub, the one that I was sitting in. I figured I'd never experience that kind of thing in sedate Michigan, where few women have ever taken their clothes off for any reason. So I happily stayed in New Mexico in hopes of experiencing more of what the aptly named Land of Enchantment had to offer.

Sure enough, a few months later, I met my wife-to-be, again in a New Mexico hot tub. So yeah, hot tubs have a special place in my heart. That's why this new study really piqued my interest.

What They Did
Twenty-two healthy, recreationally active adults completed two of three training "interventions" (12 training sessions over 14-16 days, with a 4-week "washout" period in-between). The interventions were as follows:
In each intervention employing water, participants sat with their legs fully extended, immersed to their belly buttons.

Before and after each training intervention, subjects were required to complete a 20-minute bout of cycling where the researchers measured their V02 max and glucose tolerance (where indirect calorimetry was used to measure how well they burned up carbs).

Lest you think this is some standalone, unicorn experiment that no sober researchers will ever be able to duplicate, there's a decent amount of already-completed related research that gives credence to the current study. At least two other studies (Gupte et al., 2009 and Sjoberg et al.) found that warm water immersion alone improved fasting glucose and glucose uptake, while a couple of others (Hoekstra, et al., 2018 and Green, et al., 2010) found that being a human teabag improved vascular function and structure.

The scientists involved in the cycling study summed it up this way:

"Collectively, these studies indicate that warm water immersion might be used as a viable substitute in achieving some of the benefits of exercise training (e.g., reduced risk of diabetes, improved heart health, improved cardiovascular fitness), particularly for those who cannot or will not exercise sufficiently."

There's also evidence, at least a little, that combining exercise and warm water immersion might also have some benefits to muscle and bone. A previous experiment (Tamura, et al., 2014) used such a protocol and found additive increases in both metabolic enzyme and protein adaptations in skeletal muscles, albeit those of mice.

What This Might Mean for You
It comes down to this: A lot of key adaptations to exercise are simulated by elevating muscle and body temperature. This increase in temp results in increased blood flow and volume, increased metabolic rate, and even the birth of new mitochondria.

So, will cutting your workout short so you can jump into a warm bath substitute for all the benefits of exercise? Unfortunately, no. While the combo of exercise and warm water has some eye and pore-opening benefits, it's highly unlikely that it will improve bone density, calcium handling, neuromuscular junction maintenance, or building 19-inch biceps.

Neither will it prepare you for some hardcore competitive event better than straight training. Regardless, the results are compelling for people who don't like to, or are unable to, exercise for long(er) periods of time.

It does make you wonder, though, what the effects of sitting totally immersed (not just up to the belly button, but up to the neck) in, say, a hot tub would be, either alone or with naked women.