Seed Oil: The Evil 8 to Avoid 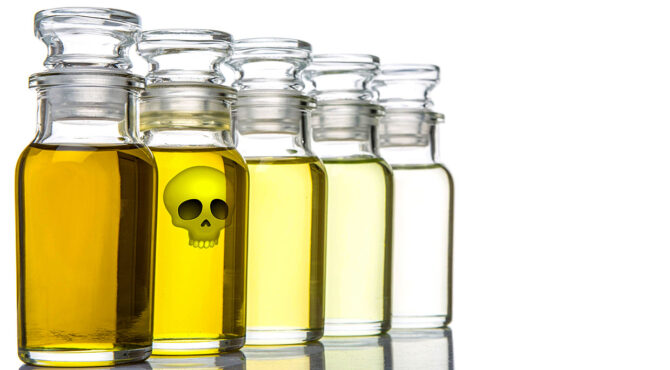 There are eight industrial seed oils that you should probably eliminate from your diet as quickly as possible. They are:
And you probably should add peanut oil to that list.
I should just end the article here and trust that you'll follow my advice, but I think some of you will need further convincing. Okay then.


What are Industrial Seed Oils?​

People used to cook with butter, lard, or ghee because that's what was available. You needed to grease up the pan so your pork fritters or Indian paratha wouldn't stick. Others lived closer to places where they grew coconuts or olives, so they lucked out and got to use the much healthier oils from those two plant sources.

That was until some enterprising businessmen in the late 19th and early 20th centuries saw an opportunity to cash in. A chemist named Edwin Kayser acquired a couple of patents to hydrogenate cottonseed oil (a process that enables the oil to stay solid at room temperature). He contacted a couple of guys you might have heard of – William Procter and James Gamble. They realized what Kayser was offering and little dollar signs popped up in their eyes.
Their initial intent was to use it to make soap, but then they had a "eureka" moment. They realized the stuff could be turned into a solid cooking fat that resembled lard. That gave them big, hand-rubbing plans. Then they kicked around some names.

They considered "Krispo" and "Cryst," but rejected both, the latter especially because they didn't want to incur the wrath of the Lord (you know, by taking his name, bastardized or not, in vain, and worse, using it to sell artificial lard). So, they settled on "Crisco," which was short for "crystallized cottonseed oil."

Never mind that cottonseed oil had earned the status of "toxic waste," Crisco was introduced to the buying public in 1911, and it became the forerunner of many such industrial oils dumped on the market.

Soybean oil was next, followed by canola oil, corn, and safflower. The stuff was cheap to make and cheap to buy, and, unlike more natural products, they didn't require refrigeration. As convenient as they were, they still needed a marketing push, and that push came from an unlikely source: the medical profession.


How We Got Suckered​

You know those Procter & Gamble guys I mentioned above? Well, author Nina Teicholz, writing in her book, "The Big Fat Surprise," explained that in the early 1940s, the sneaky bastards (my term, not hers) donated 1.5 million dollars to a fledgling organization known as the American Heart Association (AHA). That fat influx of cash allowed the AHA to promote itself as the leading authority on heart health.

And, in what at least appears to be a kind of quid pro quo, the AHA quickly endorsed Crisco and its siblings, using the rationale that these "vegetable oils" were healthier than animal fats.

Backing them up was a guy named Ancel Keys, who introduced the idea that saturated fat and cholesterol intake were linked to heart disease. His "diet-lipid" theory suggested that people should instead ingest the polyunsaturated fat (PUFAs) found in industrial seed oils.

Soon, PUFA-based margarines (made with seed oils that remained solid at room temperature) and the other seed oils muscled out animal fats almost completely. The only people who continued to cook with butter and the like were poor, dumb, uneducated slobs who just didn't seem to care about their health at all.

It wasn't until years later – quite recently, really – that we found out that those poor, dumb slobs were inadvertently right all along. 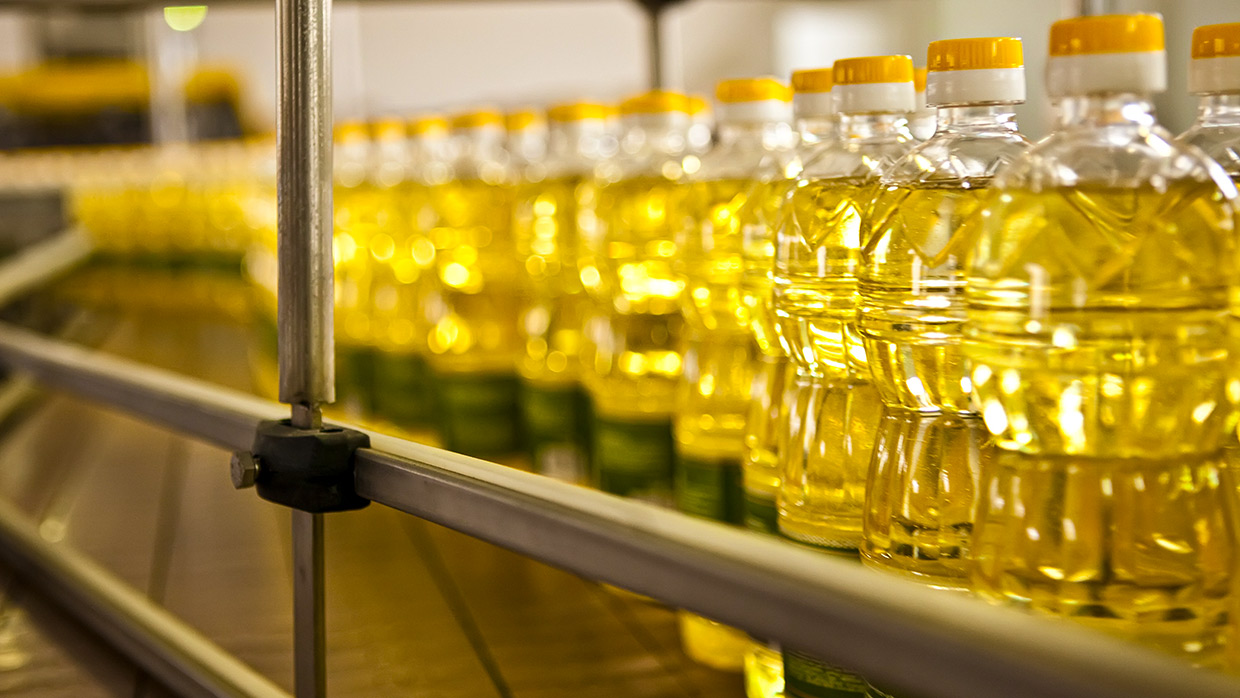 Oxidation is a simple chemical reaction when a molecule loses some electrons. That makes the molecule unstable. So, if you introduce some oxidized fatty acids into your body, they don't act like they're supposed to. They end up damaging vital molecules, including DNA and proteins. If too many are damaged, you can malfunction.

Under normal circumstances, this inflammation goes away by itself, but poke the bear too often and you trigger the inflammatory response, which in turn produces more oxidation and ack! Your body goes all HAL 9000. You run the risk of developing diabetes, cardiovascular disease, arthritis, IBS, infertility, fat-assedness, auto-immune disease, or any of a couple of dozen other maladies.

And that's not all these industrial seed oils are capable of. Here are a few other problems associated with them:


THEY CAN CONTAIN NASTY ADDITIVES​

The chemical "hexane" is used to extract some seed oils, and it sometimes ends up in the final product. Hexane is also used to make leather and roofing glues, so I'm gonna go out on a limb here and say it has no use in your body unless your name is Pinocchio.
Manufacturers also add additional chemicals to deodorize the otherwise stinky oils and improve their otherwise unappealing pallor.


RESTAURANTS OFTEN ABUSE THE HELL OUT OF THEM​

Most restaurants that offer vast quantities of fried foods can't afford to change their frying oil as often as they should.

Once you re-use it more than three or so times, all kinds of nasty things happen. You end up with dietary advanced glycation products (dAGEs). And aldehydes. And lipid peroxidation. And often, when you use too high a heat, you "flip" some of the fat molecules and create those nasty trans fats.

Oh, and you risk possible bacterial contamination from the little bits of breading or hush puppy or whatever else remains floating in the oil, offering a perfect little desert island sanctuary/substrate for bacterial growth.


THEY MAY CONTAIN ENDOCRINE DISRUPTORS​

Manufacturers are well aware of how unstable these industrial oils are, so they try to shore them up with synthetic antioxidants like BHA, BHT, and TBHQ. Okay, I suppose they get a couple of points for their attempts at corporate responsibility/humanity, but each of these antioxidants is suspected of having endocrine-disrupting effects.


THEY'RE DERIVED FROM GENETICALLY MODIFIED CROPS​

I'm personally not as worried about GMOs as other people might be, but certain ones may prove to be a problem at some point.


What About that Omega-6 to Omega-3 Ratio Thing?​

Omega-6 oils (the PUFAs we've been talking about) aren't inherently bad. In fact, we need them to maintain health. But when the most abundant source of these omega-6s is via the industrial seed oils we've been talking about and, in particular, heated industrial seed oils, you risk a whole gauntlet of physical ailments from the ensuing inflammation.

Now for the last 15 years or so, a lot of nutritionists have been preaching about omega-6 to omega-3 fatty acid ratios, explaining that the ratio needs to be 3 to 1 or less, as compared to the modern-day 20 to 1 that we often see in people who have the palates of goats and eat every Frankenfood offered at drive-through restaurants (you know, Americans).

That means that we should have roughly three times as many omega-6 fatty acids in our body as omega-3s, not the 15 or 20 times we often see nowadays. If the ratio is too imbalanced, inflammation has a party. Enzymatic strippers, molecular blow, the whole bit.

You can thank most of this current-day, widespread discrepancy to the industrial seed oils. They're responsible for around 70% of the omega-6s we ingest (mostly linoleic acid), courtesy of cooking oils and processed foods (with most of the rest of our omega-6 intake coming from healthy, approved sources like seeds, beans, nuts, and even meat and fish).

The thing is, that ratio thing doesn't really help anyone. I mean, you have no idea what your ratio is unless you have a blood test, and your doctor would likely give you the stink eye if you asked him to order one.

Instead, it's more practical to remember that linoleic acid converts to arachidonic acid (AA), a precursor for some inflammatory agents. (Of course, AA is also involved in the manufacture of testosterone, so it's not all bad.) Conversely, the healthful omega-3 fatty acids convert to EPA and DHA, which are anti-inflammatory.

However, both of these reactions use the same enzymatic pathway, meaning they compete with each other for a spot on that pathway. That means that ingesting too much omega-6/linolenic acid interferes or inhibits the conversion of omega-3 fatty acids to DHA and EPA.

If you just keep that fact in mind and remember that more often than not, the problem with screwed up omega-6 to omega-3 fatty acid ratios is that you haven't ingested enough sardines, salmon, seafoods in general, fish oil, or even eggs from pastured chickens.

If you do try to eat these omega-3 rich foods regularly, they steal all the "conversion enzymes" from omega-6/linolenic acid and they just sit there pouting.


How Do I Avoid Industrial Seed Oils?​

It's pretty easy to rid most of these oils from your diet. Just take the following steps: 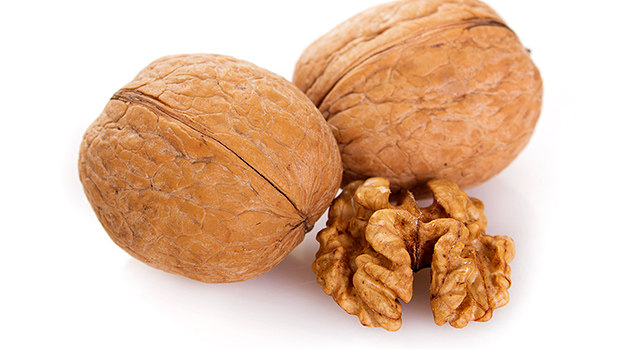 Remember that omega-6 oils are only a potential problem when you industrialize the hell out of them. For instance, nuts, unprocessed seeds, avocados, eggs, poultry, and grass-fed meat contain appreciable amounts of natural, un-mucked up quantities of omega-6 fatty acids. They won't, in most circumstances, lead to inflammation.It's only when you fail to also ingest an adequate amount of omega-3 fatty acid sources (seafoods, walnuts, chia seeds, and flax seeds) that they might lead to undue inflammation.