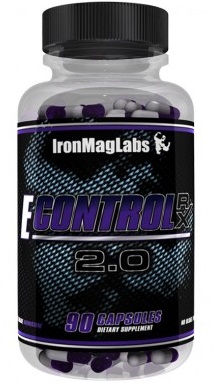 Normally associated with women, the hormone estrogen is usually of little relevance to men outside the BB’ing lifestyle, but to the steroid initiated, it is a potentially side effect ridden metabolite which must be controlled. Being responsible for gynecomastia, water retention, HPTA suppression, fat gain, mood disturbances, and other undesirable side effects, it is not something we can afford to ignore. Quite simply, elevated estrogen levels can be and often are a consequence of steroid/prohormone use, so if we desire to look and feel better, while maintaining optimal health, we should endeavor to maintain normal levels of this hormone at all times.

There are a few ways to accomplish this. We can either discontinue using any steroid (legal or illegal) capable of estrogen conversion…or we can utilize a class of drugs known as aromatase inhibitors (A.I., for short). In order to understand of how A.I.’s can benefit us, we must first learn how steroids elevate estrogen levels in the first place.

All steroids, once ingested, will eventually be metabolized (converted) into other metabolite(s). Some steroids, due to their unique molecular structure, are incapable of converting into estrogen, while others do so quite readily. The process by which a steroid converts into estrogen is known as aromatization. Aromatization takes place when the steroid molecule interacts with a naturally produced enzyme called aromatase. By limiting the amount of aromatase the body has to work with, we can reduce the amount of steroid that is converted into estrogen, thereby lowering overall estrogen levels within the body.

Aromatase inhibitors don’t reduce the production of aromatase, nor do they eliminate aromatase from the body. Rather, they latch onto the aromatase molecule itself, which prevents it from being able to bind to estrogen receptor sites and exert its effects. Therefore, even though aromatase levels may still be elevated within the body, it is no longer able to perform its function. However, not all A.I.’s cause permanent deactivation of the aromatase enzyme. This can be potentially problematic, as we will see below.

There are 2 classes of aromatase inhibitors in use today, which are referred to as Class 1 and Class 2 inhibitors. Class 2 inhibitors, such as Arimidex and Letrozole, do not bind permanently to the aromatase enzyme. This opens up the possibility of experiencing estrogen rebound after discontinuance of the drug, which can result in all the typical side effects normally associated with excess estrogen levels. The severity of estrogen rebound is dependent on 4 factors, which are: The amount of aromatase which is bound to an A.I., the level of estrogen suppression within the body, the amount of aromatizable AAS in circulation, and the ratio of androgens (primarily DHT & its derivatives) to estrogen.

Regarding the 1st factor, common sense dictates that larger amounts of bound aromatase, after being liberated from the A.I., will result in higher levels of free (circulating) aromatase. The end result is an increase in the rate of estrogen conversion. In addition, estrogen suppression can also be a factor. When estrogen levels get too low, the body responds by pumping out more aromatase in an attempt to correct the deficiency and restore hormonal equilibrium. It does not realize that previously bound aromatase will eventually be released back into circulation after you stop using the A.I. The body only senses the amount of aromatase currently available. Total AAS dose will also plays role, as high blood levels of aromatizable AAS in conjunction with excess aromatase will naturally result in a high rate of aromatization. Lastly, DHT (and many of its derivatives) work to counteract the effects of estrogen, so anytime there is an absence of this critical hormone(s), the individual will be more susceptible to the negative effects of estrogen.

Class 1 aromatase inhibitors (often referred to as suicide inhibitors) are characterized by their ability to irreversibly bind with aromatase, which causes permanent deactivation of the enzyme. This is a significant advantage, as it eliminates the danger of estrogen rebound. During the formulation of E-Control, it was crucial to select an A.I. which not only demonstrated potent anti-estrogenic activity, but which eliminated any possibility of experiencing estrogen rebound.

To this end we chose Arimistane; a derivative of 7 keto DHEA and a potent Class 1 Aromatase inhibitor. As the newest A.I. to hit the market, E-control possesses exceptional binding affinity for the aromatase enzyme, surpassing other well known anti-estrogens, such as Formestane, 6-OXO, and 3-OHAT, in this regard. It is also a member of the Class 1 family of aromatase inhibitors, so estrogen rebound is a non-issue. Another interesting characteristic of this compound is its potential to lower systematic cortisol levels; an attribute imparted to the 7-keto family of metabolites in general. With cortisol being responsible for fat gain, muscle atrophy, and water retention, keeping levels in the low-normal range is ideal.

There are two primary reasons people use aromatase inhibitors; to maintain normal estrogen levels when on-cycle and to help restore the HPTA during PCT. The most common reason is to help mitigate estrogenic side effects when using aromatizable drugs, although medical research has shown A.I.’s to be capable of eliciting dramatic increases in testosterone during PCT, similar to what is witnessed with S.E.R.M’s, such as Clomid and Nolvadex. Such an increase is excellent and with A.I.’s and S.E.R.M.’s working through different mechanisms, combining the two during PCT provides superior results compared to using either one alone.

An added benefit of A.I.’s are their ability to increase free testosterone. Up to 98% of all the testosterone in the human body is bound by SHBG in the same way that A.I.’s bind to estrogen. Of the 2% that is available for use, a portion of it converts to both estrogen and DHT. By lowering the conversion rate to estrogen, a larger percentage of testosterone remains metabolically active and able to attach to the androgen receptor. This increase in free testosterone increases the muscle building capacity of testosterone, per mg injected (or any other aromatizable steroid).

Of course, A.I.’s are often used for their cosmetic benefits during contest prep or any other time a BB’r wants to improve his condition. Reduced estrogen levels results in a decrease in sub-q water retention, which translates into a drier look. This automatically improves muscle sharpness and gives the illusion that one is leaner than they actually are. This is why all pro BB’rs use Aromatase inhibitors before a show.

Some guys hold the belief that A.I.’s should not be administered until blatant side effects, such as gyno, begin to manifest, but this is not the case at all. This mentality, at least in part, is due to the old-school belief that the body needs extra estrogen to grow optimally. BB’rs assumed that if some estrogen was good, then more was better. While it is true that estrogen does play a role in both recovery & growth, there is no scientific evidence available to support the claim that elevated estrogen positively impacts muscle growth beyond what normal levels will achieve. In fact, research indicates just the opposite, as excess aromatization will decrease the muscle building affect of aromatizable AAS by reducing the amount of free (metabolically active) steroids in the bloodstream. Above normal levels of estrogen are not your friend.

Whether you need help with on-cycle estrogen management, post-cycle therapy, or you just want to drop some water and tighten up, E-control can help you achieve your goal. Unlike so many other companies selling similar products, IML offers an unsurpassed purity & potency guarantee. Every batch is subjected to independent, 3rd party lab testing prior to sale, so you can be assured you get exactly what you pay for.