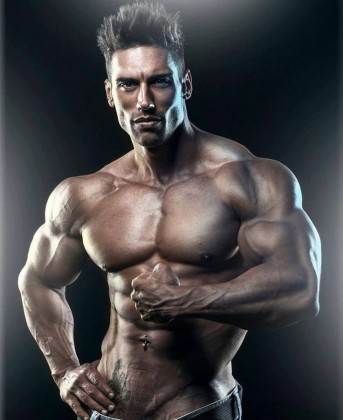 There was a time when leg day represented the grittiest aspect of competitive bodybuilding. No rewarding bicep pump in the mirror to inspire you to keep pushing. A productive leg day had to be inspired from within; It hurts and forces you waddle around between sets and roll on the floor the next morning. It was considered what separated the men from the boys because it didn’t offer any immediate superficial gratification – You had to suck it up and push past the pain barrier for the sole purpose of keeping your body in balance and avoiding being top heavy.

Well, now apparently everyone and their 3 legged dog is in the gym killing it. Sometimes scrolling down my facebook feed I have to do a double take and scroll back up to re-read someones status. Wait, what? “You know you had a good leg day when you can’t sit on the toilet #gainz”…says the completely visually untrained individual who I would never have guessed had a gym membership if it wasn’t for this update. I have NO problem with people jumping into the gym and being excited about it. Hell, that would probably make the entire world a better place. However, it’s just strange that these people can so instantly feel comfortable posting memes and acting like they are in tune with gym culture when they haven’t built any muscles yet.

If you carry a decent amount of muscle mass, it’s now common to have “normal” people come up to you and ask if you watched the latest Rich Piana youtube video or something similar. It can be kind of alarming. Personally, I tend to align more on the modest side and respond more favorably to people who do as well, so it’s very bizarre to me to see guys in the gym who clearly just started lifting weights already have their 5% shirt and matching jug. You don’t even have to be on their friends list to imagine that every second or third post is either of them in the mirror or some horrible viral pic about how they’re a beast or killing it.

In fact, can we just end fitness/bodybuilding “meme” pictures altogether? “This could be us” except you don’t even look like you work out.

It stretches past social media posts as well. With the ease of access to information, “normies” now seem to think they know what drugs everyone else is taking to look like they do. Gh guts, synthol arms, etc. People with very little experience with PEDs have now seen a whopping 17 minutes of Bostin Lloyd laying in his bed talking about drugs and think that they are the next Milos Sarcev. They assume everyone who looks good is on 3 pints of tren, a kilo of insulin and a bushel of clenbuterol with very little first hand exposure or knowledge on how any of this shit actually works.

I have actually heard people who look like they have had a gym membership for the better part of 15 minutes look at other guys in the gym and say that “That guys obviously on tren” or some other very specific comment like they think they can eyeball what hormones the other gym members are using.

With gym and bodybuilding taking over mainstream culture with sayings such as “Do you even lift?” and “She squats, bro” popping up in conversations amongst civilians possibly even more frequently than die hard fitness freaks, I can’t help but feel a bit annoyed, yet conflicted. On one hand I love bodybuilding and seeing it grow is a very positive thing for me, but I can’t help but feel a lot of people aren’t really on board and are just using it as another pop culture trend that will be thrown off to the side soon enough.