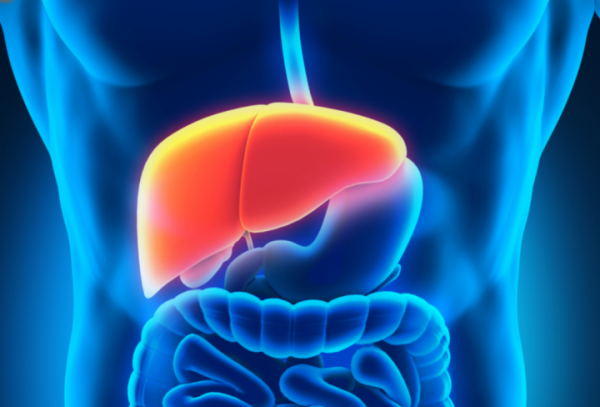 Back when John Ziegler first introduced Dianabol (aka methandrostenolone or metandienone) to American athletes, a dose of 5-10 milligrams per day was cautiously suggested as an effective dose…and this is exactly the dose most athletes took. National and international records in weightlifting were set on 5-10 milligrams, daily, and for the next few years few (if any) athletes experimented with higher doses. In fact, ten milligrams was the recommended therapeutic dose for males. Many athletes feared that using a higher dose would be hepatotoxic (liver toxic).

Medals were earned and records smashed with 5-10mgs/day, and the clinical results were fantastic.

A study performed in 1968 on Dianabol examined 125 young adults, each receiving 3mgs 3x/week, and showed a nearly 3lb gain over 3 months. While this isn’t spectacular, we are talking about am approximate dose of 1.25mgs/day, without training. When combined with training the gain was over three and a half pounds. Obviously 3mgs 3x/week is a ludicrously small dose, and it’s surprising they gained any weight at all. A study published one year later (in 1969) on 24 men with no prior weight training experience showed a five and a half pound body weight gain in just three weeks, using just ten milligrams per day. A 1971 study using the same dose, was performed in 18 experienced weightlifters, which netted them an average of eight and a half pounds of body weight, this time over four weeks. Subsequent research on much higher doses failed to produce proportionately greater results: Arnold won the 1970 Mr. Olympia contest on similarly low doses of Dianabol, and not much else. But by the early ’80s, doctors were routinely prescribing 20mgs/day to athletes and bodybuilders. Fast-forward to the present day and most underground labs produce a 50mg pill, and very few bodybuilders would consider using it alone or at a lower dose. But regardless of whether we are talking about the 1950s or 1980s, athletes and bodybuilders didn’t use anabolic steroids year-round, and especially not orals; long off-periods were interspersed with more brief, intense, pre-event cycling. Back then, the precise effects of oral steroids on the liver were unknown and most users were conservative in their cycles.

Hepatotoxicity (liver toxicity, remember?) is still a concern, so many limit their use of oral steroids to just the beginning (or end) of a cycle, and most would avoid using more than one at a time (precontest bodybuilders are a different story). So what makes steroids (potentially) hepatotoxic?

To create Dianabol, a double bond is added to the base structure of testosterone at the c1-2 position (blue) and alpha alkylation (red) is substituted at the 17 position (uncreatively known as C-17 alpha alkylation) – this is the most common way of making a steroid orally active…and liver-toxic. In the case of Dianabol, if an undeclynate ester were applied instead of alpha alkylation to make it an injectable, we would be looking at Equipoise. The additional double bond isn’t what we’re going to concern ourselves with, but rather the introduction of alkylation at the 17th carbon position (which puts Dianabol in the category of C-17 alpha alkylated steroids). When I look at methyltestosterone (the same structure without that bond), I see a more toxic, less effective anabolic. Therefore, I would imagine that the c1-2 bond doesn’t contribute significantly to a toxic effect, and may actually lessen it (speculation on my part).

When you ingest Dianabol (or any C-17 alpha alkylated steroid), it travels to the intestines, is absorbed into portal circulation, then transported to the liver. The liver is the primary deactivator (and metabolizer) of androgens like testosterone. It functions as the body’s filtration system. If you were a steroid, and there was one place you’d want to avoid, it’s the liver. But this is exactly where most oral steroids end up.

An exception to this rule is Andriol, which is testosterone with an undecanoate ester, an unusual oral steroid that makes use of a gel cap and avoids the liver through being absorbed into the lymphatic system. So it’s not liver toxic – but it’s not useful, either. Despite being testosterone, it’s both weak (users report mild gains at best), and expensive (a week’s worth could buy a two month supply of the injectable form). Still, it’s an improvement over just eating raw testosterone. An alternative way to deliver testosterone orally would obviously be to alkylate it at the 17th carbon position thereby creating the aforementioned methyltestosterone (and of course, another way to deliver testosterone would be to inject it, perhaps with 17 beta esterification and a propionate ester). Of note here is that it is not the testosterone itself that can potentially cause problems with the liver – because studies performed on injectable and topical testosterone do not show the same liver enzyme elevation as seen with methyltestosterone (in the chart below, L.V. represents anabolic potency, and S.V./V.P. represent androgenic potency): Another exception to the rule of alpha alkylating steroids for oral use is Primobolan tablets (methenolone acetate). This form of Primobolan is alkylated at the first carbon position and has 17 beta esterification (an ester, again similar to what we’d see on an injectable steroid). But again, as we saw with Andriol, this is a very weak and very expensive anabolic steroid. Proviron (mesterolone) has a similar modification at the first carbon position, and again, it’s a very weak anabolic steroid.

If we were to list all of the oral anabolic steroids that are not C-17 alpha alkylated, we’d have a very short list of relatively weak and expensive drugs (which don’t impact the liver greatly, if at all). This is why C-17 alpha alklyation is the preferred method of making anabolic steroids orally active. Unfortunately, this is also the modification that causes them to stress the liver. But within this set of oral steroids, there is a great deal of disparity in their effect on the liver. Some users have experienced jaundice, peliosis hepatitis, hepatic tumors, hepatocellular adenomas, and elevated liver enzymes….while others have reported no adverse-effects at all.

There is a more recent school of thought that indicates activation of the androgen receptors in the liver itself (aggravated by the potency of the steroid), and inducement of reactive oxygen species (ROS) are causative factors in the liver toxicity of a given oral anabolic steroid – and this may be true, because something like methyltrienolone is incredibly potent at lower doses than any other steroid, but is very liver toxic, while Anavar (oxandrolone) isn’t very liver toxic at all, and requires significantly higher doses for users to experience tangible results.

However, elevated liver enzymes are simply an indication of the liver performing its function and breaking down the steroids being run through it, not a sign of dysfunction – because good evidence exists to state that simply exercising causes similar changes to liver function in terms of elevating specific enzymes:

“Prior reports of anabolic steroid-induced hepatotoxicity based on elevated aminotransferase levels may have been overstated, because no exercising subjects, including steroid users, demonstrated hepatic dysfunction based on GGT levels. Such reports may have misled the medical community to emphasize steroid-induced hepatotoxicity….” (Clin J Sport Med. 1999 Jan;9(1):34-9.)

However, despite the fact that the overall risk of oral steroids being truly liver-toxic may be overstated, I believe it’s good practice to err on the side of caution and mimic some of the more old-school practices: limit oral use to brief periods (or stick to injectables), and definitely avoid stacking too many orals at the same time.