Bodybuilding and Relationships: The Curse Continues 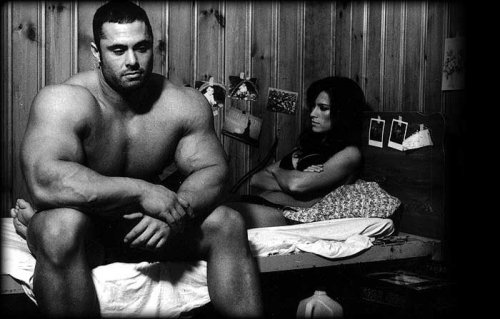 Many books have been written and many debates have been held over how to keep a healthy relationship with your partner or significant other. A list of things that men need in order to be happy compared against a list of things women need, sometimes contradicting each other and leaving everyone more confused than ever.

One thing seems pretty steady: If you want your relationship to fail, be a high level bodybuilder!

There have been many famous power couples in competitive bodybuilding. Sometimes both the man and woman are involved in the industry as athletes and other times a high level competitor (or even Mr.Olympia) is partnered up with a very supportive spouse who is as much a part of their career as they are themselves. Prepping meals, organizing schedules, cooking, cleaning, babysitting…woops I mean providing company; The list of tasks that some of these spouses were left to tackle on a daily basis borders somewhere between nurse and mommy. Certain legendary examples of extreme “support” such as Greg Kovac’s wife having to clean him up after he used the toilet were enough to creep out even the most understanding fan.

While keeping some of this in mind, is it any shock that a seemingly vast majority of relationships in bodybuilding crumble? No matter how much one thinks they understand the day to day doings of a high level competitor, I don’t think you can truly brace yourself for the realization that it never ends (seemingly). Day after day, month after month, year after year. Obsession with the mirror, obsession with the scale. While the misunderstanding is that bodybuilders are ultra conceited and in love with themselves (some certainly are), I would argue that the more prevalent problem for the husband/wife would be dealing with the insecurities. Some sense of fulfillment would be derived from lifting them up after they confess that they doubt themselves or have a weakness they need to improve on, but once it becomes obvious that doubt and insecurity is going to come back again and again and you are destined to live with hearing about it for the rest of your life the reality probably hits hard and the urge to flee might be overwhelming.

Not all bodybuilders are lazy sloths who need a servant, however. Some are highly motivated and successful in all aspects of life…except for the romantic. It seems even couples that appear invincible at the absolute height of the sport are not safe from the curse. It seems unfair to single anyone out as pretty much every iconic duo have fallen and split, but even the seemingly rock solid connection between current Mr.Olympia Phil Heath and his wife has come into question as Mr.O has been spotted and filmed attending NPC events with new female accompaniment. After the emotional victory speeches that Heath has dedicated to his wife, not many saw this coming but at this point it should come as no real surprise.

Bodybuilders generally attract a lot of attention, both good and bad. If you want to blend in, being a gigantic bag of muscles is not your best bet. This can be tough for the spouse in many ways. It can spark jealousy when the opposite sex is impressed or intrigued (hey, not everyone is grossed out by bodybuilders) and also envy when they are not getting the attention if they crave it for themselves. And sometimes all of this just goes to the head of the bodybuilder and they think they can do better.

Life isn’t one big instagram post. “Swolemates” is a cute term and all but the reality of a relationship rooted in bodybuilding is a lot more complicated than muscles and clean eating. Some things that seems tolerable now might be mundane or even repulsive in 10 years.