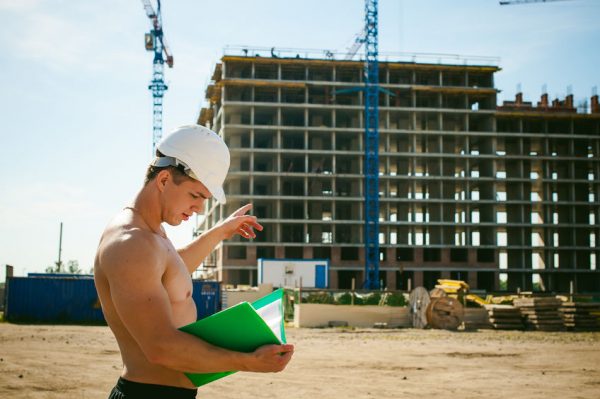 Sometimes I’m completely fascinated with how badly the average gym dweller craves big arms. Although I witness these guys training chest, back, shoulders and legs with formidable intensity and passion, they seem to jump to another level when they’re attacking their arms. I often hear more yelling during a set of barbell curls than a set of squats.

Strange but true.In fact, to illustrate my point about just how driven most trainees are to be able to flex a pair of 20-inchers, I’ll tell you about a small poll I recently took in the gym. I asked a bunch of the more serious bodybuilders in my gym this question: If I could magically give you six inches of muscle to add anywhere on your body, how would you distribute it?The majority said that most of the “magic inches” would go to their arms. A few of them mentioned their chest, but the overwhelming response was arms. A couple of guys even went so far as to reply, “I’d take the entire six inches and slap three on each biceps!” And, of course, one joker told me he’d put 1 1/2 inches on each arm and the other three somewhere else—and I’m sure you know the bodypart he mentioned.

The really interesting thing about my little poll was that most of the guys didn’t even say that they’d add the inches to their arms. More specifically, they wanted to add to their biceps. That prompted me to mention that the mass of the triceps actually contributes to overall arm size more than the biceps do, but they still held firm that they wanted bigger, freakier, higher, thicker biceps.

Now, I’m sure that if I were to poll a group of competitive bodybuilders, who must be more concerned with the symmetry and proportion of the physique, the results would be different. Since the majority of serious lifters out there have no desire to step onstage, however, I guess I can entertain their desire for simply building massive, freaky biceps at the expense of perfect proportions. And that’s exactly what this article is about—triggering new growth in lagging biceps using methods and techniques that perhaps you’ve never tried before.

So if your biceps are not quite where you want them to be despite your most ferocious efforts in the gym, read on, and maybe you will run across a bi-law that will get the job done for you!

When it comes to working the biceps, one of the things I often see is people initiating their curls using forearm flexor power rather than pure biceps power. By the nature of their function, the forearms must be involved in every curling movement, but if you actually turn the beginning of the movement into a wrist curl, you take away a lot of the stimulation that you’re intending for your biceps.

Trainees often tell me that when they work their biceps, their forearms get the more intense pump. That’s not a good thing if you’re looking for bigger guns.

If that sounds like you, then what you should actually be doing during most curling movements is bending your wrists back and holding that position throughout the set. That effectively takes the forearm flexors out of the movement, forcing the biceps to do almost all of the work.

Yes, it will feel a little odd at first—and chances are your curling poundages will drop somewhat—but trust me when I tell you that you will actually be hitting your biceps harder than ever before. Try using this method on at least one exercise in each biceps workout (I suggest a barbell movement), and I bet you’ll see improvements.

Keep Your Chin Up

No, I’m not here to give you a pat on the back and tell you that having puny biceps is perfectly okay (although it is if you like sharing your girlfriend’s shirts). When I talk about your “chin,” I’m not referring to the one on your face but the kind you should be doing in the gym if you want to pummel those biceps into growth. Close-grip, underhand chins are one of the most effective biceps exercises you can do, yet few trainees ever use them. Yes, they also work the back musculature, but within the construct of a biceps program, you’ll feel them almost entirely in your screaming biceps. I recommend using close-grip chins in one of two ways. Either perform them as the last exercise in your biceps routine, when your bi’s are already exhausted, or use them as the second exercise in a biceps superset (preacher curls followed by close-grip chins make an amazing combo).

To get the most out of your close-grip chins, make sure you use perfect form. I recommend spacing your hands no wider than six inches apart. Begin the movement at a dead hang, with your arms completely straight. At the peak of the concentric portion of the rep your chin should rise just above the bar (no half-reps please) as you squeeze your bi’s hard. Try to lower yourself very slowly, taking up to four to six seconds to get to the bottom position.

When you can get 10 to 12 reps with your bodyweight, add some extra resistance with a belt designed to hold plates and/or a dumbbell around your waist. Once you’re doing clean reps with 50 extra pounds attached to you, your biceps will have all the mass you could ever want—I promise.

It’s very much in vogue these days to train each bodypart only once per week, and with good reason: It works. When you’re looking for some extra growth in a particular muscle, however, it can be very effective to hit that muscle twice per week for a time. That works quite well with the biceps because they tend to recover from workouts very efficiently.

The keys to an effective two-days-per-week biceps-prioritization program are as follows: 1) Make sure there are at least three days between workouts, and 2) do two different types of workouts each week.

Here’s a split that you might use while doing two biceps workouts per week:

With a program like this, I suggest you make Monday your main biceps day, using about a third more volume—that is, sets—than you use on Friday. It can also be very effective to use heavier weights and lower reps in one workout and lighter weights and higher reps in the next. Another way I like to vary the two biceps workouts is to use all barbell movements the first day and all dumbbell movements the next. That’s something you can experiment with, as long as there are some meaningful variations between the two workouts.

Whenever I watch the average gym rat training biceps, I often see more swinging during a single set than in an entire day at a children’s playground. Yes, I know it’s fun to lift a ton of weight to impress your friends, fellow gym rats or the girl with the boobs as big as you want your biceps to be, but all of that cheating is only cheating you. Using momentum, leaning back and lifting your elbows while you curl is not a training technique but a train wreck. If you desire to fill out your shirtsleeves a little better, it’s time to clean up your form and slow things down.

It has been my observation that most guys do their curls with a tempo of 1/0/1/0. If you’re not familiar with that method of expressing lifting speed, it simply means that the eccentric, or negative, portion of the lift is completed in one second; there’s no pause at the bottom; the concentric, or positive, portion of the lift is completed in one second; and there is no pause at the top. At that tempo each rep takes approximately two seconds to complete, and since most sets are anywhere from six to 10 reps, the time under tension will only be 12 to 20 seconds. That’s not enough for those looking to stimulate hypertrophy in a muscle. Studies have shown that the optimal TUT for gains in muscle size is 40 to 70 seconds per set. Hmm, think it’s time to go into slow-mo?

My suggestion to anyone seeking more size on them bi’s is a repetition tempo of 3/1/2/1, which will bring the length of each rep to seven seconds. That translates to a TUT of 42 to 70 seconds for sets of six to 12 reps. Perfect!

Will this force you to drop your curling poundage considerably? Yes. But will you really care when your biceps are so big, you can’t touch your fingers to your shoulder? Didn’t think so.

Drop the fishing pole, get off the boat, and take off the funny-looking hat with all those lures attached, because that’s not what I mean by angling! Think about your biceps workouts, and tell me if you tend to do the same exercises over and over. Barbell curls, preacher curls, seated dumbbell curls, concentration curls, etc. Now, if your biceps are growing just fine, then it’s obvious that they’re still thriving on those same exercises. However, if your biceps growth is moving as fast as a turtle with Oprah on its back, then angling may be just what you need (bro, I told you, drop the fishing pole!).

By angling I mean changing your lines of pull, body position and/or planes of motion in order to stimulate your biceps in ways they aren’t used to. That will change motor recruitment patterns, wake up the central nervous system and even enable you to preferably recruit the inner or outer biceps head to a greater degree. All good stuff!Here are some ways to use the concept of angling in your biceps workout:

• Instead of curling off of the angled side of a preacher bench, curl off of the vertical side.

• When doing dumbbell curls of any kind, try grabbing the ‘bells by either the inside or outside plates rather than in the middle. That alone will change how the movement affects the biceps.

• When using a barbell, vary your grip from wide to narrow.

• When using dumbbells, try either curling across your body or turning your palms out and curling away from your body.

• Try sitting at an upper-pulley cable station and curling a straight bar back behind your head.

• Try lying down at a seated cable row station and doing curls while flat on your back.

So if your greatest desire is to have a pair of massive guns hanging from your shoulders, I hope you’ll give these bi-laws a try. They’ve worked for dozens before you, enabling them to reach the land of biceps bliss, and they can do that for you. Do what you’ve always done, and get what you’ve always gotten. Make a change, and those tiny biceps will soon be long forgotten!

To summarize, you want to keep your chin up and bend ’em back, even when angling, preferably in slo-mo, while remembering that twice is nice. Get my drift?