Dieting May Be Causing Your Weight Gain 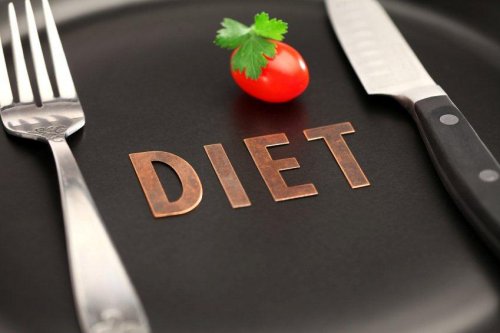 Using the honor system, how many of you would admit to trying just about every diet out there in order to lose weight and burn fat? Did you buy into the hype and psych yourself up thinking this is going to be the diet that melts the fat right off your body—exposing that six-pack you knew you always had (but never saw)? You’re not alone my friend—that’s a fact. There are many who thought they could bring sexy back with a magical trendy diet.

That’s a pretty bold statement, but if your body could hold a conversation with you, it’d be pretty darn pissed. The amount of stress you put it through with all of these goofy diets is enough to make it want to kick your teeth in. And for good reason! Many of the diets out there are pretty calorie restrictive and if you find yourself working with a “guru” in the industry prepping for a contest they probably had you eating under 1,000 calories which is made up of fish and asparagus at every meal—not to mention anywhere from 2-3 hours of cardio a day. But, hey, they’re the “guru” right? Ok, that’s a joke (not really), but I don’t have much respect for said “gurus” in the industry and their bikini competitor diets that malnourish each client until their body is so messed up that their metabolism is giving them the Italian salute on a daily basis.

Enough already with the crazy diets. Last month you tried this diet. This month you’re trying that diet. Who knows what insanity you’ll be trying in the coming months (hopefully none after you read this article).

If your body isn’t telling you to stop the dieting, hopefully research will…

Let’s think about what happens to your body when you diet, especially repeatedly. When you restrict your calories, your brain thinks that you are starving (whether intentionally or unintentionally). These famines cause your body to store fat in an attempt to preserve itself should the famines continue. This is the complete opposite of what you’re trying to accomplish, right? Thought so.

Another thing to consider (because it might have happened to you) is the fact that many people completely ruin their diet due to how mentally draining it is. No kidding, you’re cutting off the nutrients needed for your brain and body to function properly on a daily basis. When your body and brain win the battle and you end up splurging on food (not on your diet), it’s like a full-blown eating competition. All you need is Takeru Kobayashi or Furious Pete hanging out with you. You’re eating everything in sight. Afterwards the regret sets in and you can’t believe what you just did.

Research brought up a good point that I think we all can learn from. When cold weather comes, take a look at the birds around your house. They look fat, right? If you think about it, that shouldn’t make sense. There should be a shortage of worms, seeds, and food for them (especially when the snow comes falling down and covers the ground). So, why are they so large? Because their body is preparing for a famine during the cold months by storing excess body fat in an attempt to insulate itself for self-preservation. Their body knows this happens every year around this time—it’s as if it’s trained itself to store fat when the weather turns cold.

Researchers have a model to illustrate what happens with dieters versus non-dieters during a famine or food shortage as well. The body that is constantly seeing a caloric deficit is more likely to hold onto fat quicker than someone who doesn’t restrict their food intake because it knows a restriction is coming. When researchers studied those who didn’t diet or have a caloric deficit, they found it took much longer for the body start storing fat because it had no clue that the body would be put into starvation mode.

When we look at evolution, there were times where food was plentiful, and times where food was non-existent. Therefore, the body had to adapt to those changes in conditions. These days, it’s very rare for food to not be available when we need it. So, our bodies should have no problem (theoretically) shedding off unwanted body fat since the body would not feel it needs to increase its fat stores. It’s the dieting we put our bodies through that are the culprit when it comes to making us fat when we go through the ups and downs of yo-yo dieting. This up and down is what causes the brain to tell the body to start storing fat regularly to preserve itself.

After dieting, researchers also mentioned that it’s difficult for the brain to tell the body it is full or satisfied and for that reason people tend to easily overeat. The brain continues to tell the body that a famine could be coming and to preserve body fat with everything you eat.

One researcher mentioned, “Our simple model shows that weight gain does not mean that people’s physiology is malfunctioning or that they are being overwhelmed by unnaturally sweet tastes. The brain could be functioning perfectly, but uncertainty about the food supply triggers the evolved response to gain weight. The best thing for weight loss is to take it steady. Our work suggests that eating only slightly less than you should, all the time, and doing physical exercise is much more likely to help you reach a healthy weight than going on low-calorie diets.”

The best thing to do is to listen to the research and apply what it’s telling us. There’s no reason to put your body through all those crazy yo-yo diets. If you slowly work on taking the weight off by making minor changes to your nutrition and add in an exercise program, you will get the results you desire over time.

With society today, we want everything now. We have been trained that on any impulse, we can get fulfillment one way or another. Nutrition and weight is no different. There is no quick fix when it comes to weight. You didn’t put on the weight overnight and you won’t get it taken off overnight. It’s a process. One that is necessary to allow your body to understand what you are doing and to burn fat rather than thinking you’re trying to starve it and hold on to every last drop of fat in your body. Take it slow and you’ll see the difference in your physique as you stay consistent.