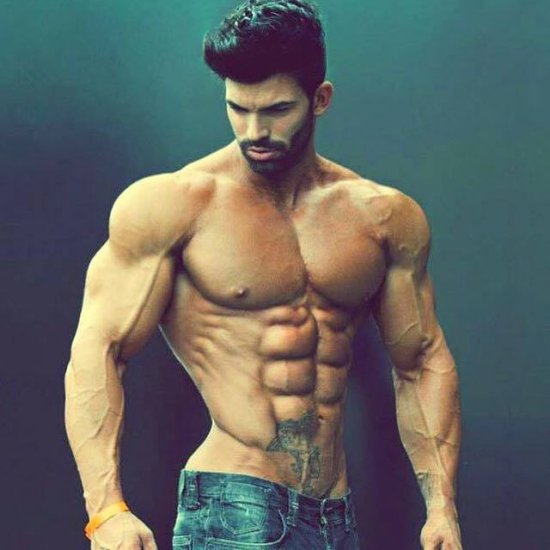 Genetics are set before birth and our DNA is copied to every cell in our bodies. Our genetic blueprint is passed down from generations. Insulin-like growth factor-1 (IGF-1) is both a gene and the protein it expresses that plays an important role during childhood growth and stimulates anabolic effects. It has been known for more than a decade that IGF-1 and myostatin levels play a determining role in a person’s ability to add muscle from resistance training.

In 2004, scientists had discovered more than 90 genes they thought were most responsible for determining at hletic performance in some way. Today that number has risen to 220 genes. Scientists have used the scheme of injecting an athlete with a gene that suppresses myostatin, a protein that inhibits muscle growth. Myostatin inhibitors, as well as EPO and IGF-1 have been early candidates for gene based doping. While there are 220 known genes responsible for athletic performance, it isn’t as simple as suppressing myostatin and increasing IGF-1 to increase muscle growth, which was a theory at one time. While science has made enormous progress in identifying many of the genes, and their order combination responsible for muscle growth and athletic performance, there is till much to be learned in this very complex area.

Even though gene manipulation through suppression and expression of genes from injections is still hit or miss, altering genetic composition of muscles can still be achieved.

The human body produces two types of skeletal muscle fibers; slow-twitch (type 1) and fast-twitch (type 2.) The fast-twitch fibers contract many times faster and with much more force than the slow-twitch, but they also fatigue much faster. Endurance athletes have a greater proportion of slow-twitch fibers, whereas sprinters and jumpers have more of the fast-twitch variety. Each of these muscle types can be further broken down into subcategories, depending on contractile speed, force, and fatigue resistance.

Like every other aspect of the human body, genetics determine the proportion of fast-twitch and slow-twitch fibers within the muscle. The bodybuilder’s primary interest is with fast-twitch fibers. Not only are these fibers stronger, but they have a greater potential for growth.

Researchers from the Department of Clinical Physiology in Stockholm, Sweden observed significant increases in fast-twitch muscle fibers in sprint-trained males. The subjects showed an increase in fast-twitch fibers as high a 6% in only four to six weeks. It was previously believed that it was impossible to achieve a fiber-type transformation with training. Similar results have since been achieved in several other experimental studies.

Slow-twitch fibers, because of the small size of their motor neurons, are contracted first to produce force. As more force is required, larger motor neurons activate higher force producing muscle fibers. The largest fast-twitch muscle fibers capable of generating the most force are recruited last, and these high threshold fast-twitch fibers are responsible for success in speed, power, and strength due to the tremendous forces they are capable of generating. Therefore, they need to be the focus of training in any successful athletic enhancement program. To selectively train fast-twitch fibers for optimal growth, we must stimulate maximal neural activation of the muscle, as is common with explosive type movements. This type of stimulation brings a dramatic increase in the ratio of fast-twitch to slow-twitch fibers, regardless of genetics.

First, a training load of 80% or more must be used before maximal neural activation occurs. By using heavy weights and explosive contractions, the muscles must adapt by involving all fast-twitch fibers. The positive phase of the rep should be explosive while the negative should be controlled.

A second way to apply fast-force production is through compensatory contraction. With this method, sub-maximal weight is compensated for by the force of muscle contraction. The theory here is that when the muscle is flexed as hard as possible, throughout the entire repetition, the muscle is stimulated as if the weight was much heavier. Compensatory contraction is safe and it stimulates all the available fast-twitch fibers.

The third and most effective method to incorporate fast-force production is with compensatory acceleration training (CAT.) This method of training was popularized by Dr. Fred Hatfield. Dr. Hatfield utilized CAT as his time as a powerlifter and bodybuilder and set a world record squat of 1,014 pounds at the age of 45. CAT training is a method where the athlete tries to accelerate the bar throughout the concentric (positive) phase of the movement.

The result is a high degree of muscular tension even with sub maximal weights (40-60% IRM.) Force is the product of mass and acceleration. With this training method, force is increased by lifting a given weight faster. Applying this concept to neuromuscular activation, the level of muscle fiber recruitment is as a result of the interaction between the magnitude of muscle tension, determined by the amount of weight lifted, and the velocity of the movement. When compensatory acceleration training is combined with heavy weight training, fast-twitch muscle fiber is greatly enhanced.

Genetics determine all characteristics within a human body. It was once believed that there was not much that could be done to alter this. It has been proven that people with a low proportion of fast-twitch muscle fibers have a tougher time experiencing muscle growth, but thankfully, training methods allow us all to experience higher proportions of fast-twitch muscle fibers, which is needed for optimal growth.