Fidget Your Way to A Healthier YOU 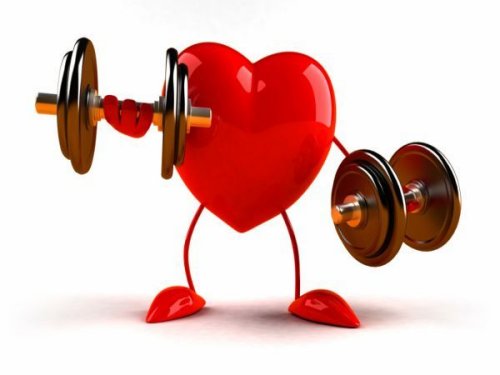 Are you a toe-tapper? Don’t think too deep into that question or become offended. In fact, let’s just get to the point. Many of us have jobs where we have to sit for long periods of time. As most of us should already know, taking breaks throughout the day to stand up and move around is ideal for health reasons. But now studies are showing that fidgeting might be the answer to help you improve your health if you aren’t able to get up from your desk as often as you’d like.

Those who sit at a desk all day in general have a higher risk of cardiovascular disease as shown by previous research. That being said, new research done at the University of Missouri may have found a way to prevent CVD—and it’s quite simple. Fidget. What? You heard me right. New research has shown that those who sit for long periods of time yet find themselves fidgeting such as tapping one or both feet on the floor while at your desk have much better blood flow than those who sit still.

Does this mean you can lose weight by simply fidgeting? Well, no. You still have to do your cardio, lift, and keep your diet in check for that. However, the health benefits of moving your legs if you find yourself sitting for hours each day are now coming to light. Some people may call this “restless leg syndrome”. I’m sure you all know someone, or you might be one yourself, who can’t seem to sit still. They are constantly tapping their feet, moving their legs back and forth, or bouncing a knee up and down. To be honest, I’m one of those people—so I guess that’s a good thing.

Researchers found that not only did fidgeting help increase blood flow to the legs, but it also helped improve arterial function versus those individuals who don’t fidget at all when they sit. While the health benefits of fidgeting during long periods of sitting are shown in this study, the researchers reminded everyone that fidgeting throughout the day does not replace cardiovascular exercise.

How did this study come about? Did researchers camp out under people’s desks to see if they moved their legs during the day or what? Not exactly. Rather, the University of Missouri researchers took 11 healthy men and women and had them sit for 3 hours. What they were testing and comparing were their leg vascular function between a resting leg and one that moves throughout the day. They checked the individuals both before sitting for 3 hours and then again after their 3 hour sitting adventure ended.

During the test, the researchers asked each individual to fidget one leg (and only one leg) for one minute and then rest that leg for 4 minutes. They were to complete this cycle throughout the 3-hour test. When completed, the participants had the popliteal artery in the leg they fidgeted checked to measure the blood flow (the resting leg was also checked). The results came back pretty much as expected. In the working leg there was a significant increase in blood flow while the resting leg results showed a decrease in blood flow. The results from this also showed that the forces on the arterial walls was enough to also show an improvement in vascular health if compared to those who are sedentary without movement for long periods of time.

After the researchers came to their conclusions they did mention that while this study had the participants only utilizing one leg, for overall health benefits, it would be wise for people to “fidget” both legs when sitting for long stretches throughout the day. They said, “You should attempt to break up sitting time as much as possible by standing or walking. But if you’re stuck in a situation in which walking just isn’t an option, fidgeting can be a good alternative. Any movement is better than no movement.”