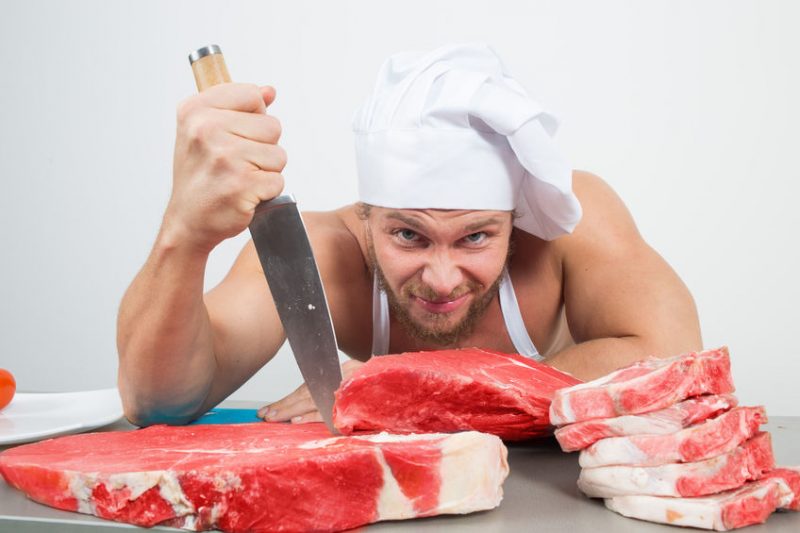 Remember when the news broke that taking in a diet high in protein was bad for your kidneys? Then later that was debunked and tossed to the side? Well, now research is showing that there might be an additional benefit to consuming a diet high in protein—in fact, higher than the recommended dietary allowance per day. What’s the benefit? Bone health. Who does it affect? Everyone.

Parents always tell their children to drink milk to build strong bones thanks to the calcium content. However, now researchers are saying that protein could also help with overall bone health and strength. Protein, itself, makes up one third of the mass of a bone and 50 percent of its volume.

As we age, which is unfortunately inevitable, many tend to lose bone mass and density which can create problems such as cracks and fractures—especially if the person falls or gets hit by an object. Even too much force on a weak bone can cause damage such as weight bearing movements like walking or running.

When doing some research, I found that on average each year, that around six million people in the United States will break at least one bone. Many will require some sort of surgery, others will not. That staggering number, however, is quite daunting when you think about it. For that reason, it’s important for us to figure out what the necessary dietary steps may be to ensure proper bone health.

One researcher mentioned that, “Over 53 percent of Americans over the age of 50 years have suboptimal bone health, greatly predisposing them to fractures. This is the first systematic review of its kind that shows consuming protein above current recommended levels is beneficial for bone health.” This is concerning due to the fact that as we age, our recovery process and time to get back to full mobility and strength is diminished.

Looking at the data

Researchers looked at a total of 31 studies involving protein and bones. While some of them didn’t specifically look at the benefits associated, some of them did. What many of them found, was that an increased protein intake (more than the recommended allowance) showed improvements when it came to bone mineral density on certain bones found in the body. The current US recommended daily allowance for protein intake is 10-15 percent of the total caloric intake or 0.8g/kg/d.

In one study, researchers noted that, “The most convincing data comes from an analysis of the Women’s Health Initiative, where patients who consumed 20 percent higher calibrated protein intakes showed a significant decrease in the risk of forearm fractures.” This was one of the sites where as people age have a greater chance of breaking bones from a fall, therefore, the results found from this analysis are of extreme importance, especially to an elderly demographic.

However, on the flip side, there were also studies that they looked at which showed no change at all or a very small significance. The difference between the studies that showed an improvement and the ones that didn’t were the sites (bones) being measured.

Overall, the researchers are still recommending that it is safe to consume a higher intake of protein on a daily basis without any adverse effects to the bones. Researchers added that, “Our systematic review supports that protein intakes above the current RDA may have some beneficial role in preventing hip fractures and bone mineral density loss.”

It would be great to see more specific studies done on the relationship between bone health and an increased protein intake. For now, since there is no harm done, it’s advised to increase your protein intake if you haven’t already. Researchers are showing no ill effects that come from going above the 10-15 percent that is currently recommended on a daily basis.

Something else that might be interesting to find out, especially since we are all active in fitness and most of us into supplementation, would be is there a difference in where you get your protein from? For instance, is there a difference in bone health when the increase in protein is coming from whole foods or from protein powder? If not, it would be extremely easy for American’s to down a protein shake or consume a protein bar to up their daily intake. Food for thought (no pun intended).