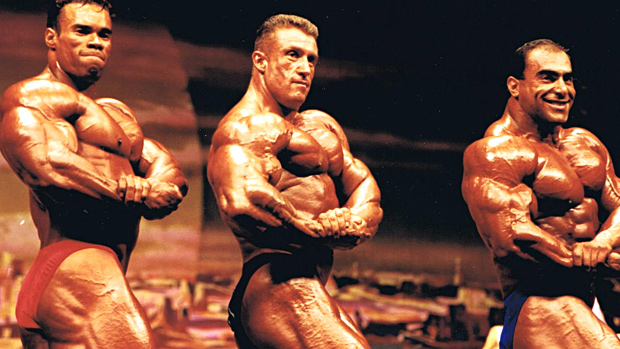 Most of us can recall particular dreams and goals as a child. While the goal itself may have changed as we got older, the thought of doing something extraordinary still remained. The need to do something great seems almost instictual or embedded in some people. It takes a strong work ethic, drive, and commitment to be successful. Internal drive, and willingness to do what others wont do are great attributes to have, but when does the sacrifice become too much?

Bodybuilders live a life like no other. They spend hours a day in the gym, planning and cooking every meal, and this is usually on top of working a regular job. Only a small fraction of competitive bodybuilders earn a pro card and generate enough money from bodybuilding to support themselves. This makes the daily demands even greater to be a successful bodybuilder.

It takes sacrifice and hard work to succeed in any given field. Rarely is someone just handed a golden opportunity. Certain jobs may require a person to give up time at home, personal time, and often sleep. I can’t imagine any profession that requires someone to grossly abuse certain drugs and risk their health in order to succeed, but that seems to be the case with bodybuilding.

Since the beginning of modern bodybuilding, competitors have continued to add muscle mass while lowering body fat. While some interest has been shown in the physique class, there is still the demand to see how far bodybuilders can push their physiques. For bodybuilders to continue to raise the bar, more time is spent in the gym, more attention to diet, and they are simply using higher doses of more drugs. These drugs include anabolic steroids, HGH, insulin, diuretics, and a number of other peptides that have become popular over the past few years. The goal in bodybuilding today is muscle with little to no regard for health.

In the 1980’s, Dr Robert Goldman wanted to see how far athletes were willing to go for success. He began asking top-level athletes if they would accept a deal that would allow them to win every competition they entered, but they were also guaranteed to be dead within five years. The majority of the athletes said they would accept the deal if given the chance, and this became known as “Goldman’s Dilemma”.

Many recreational and competitive bodybuilders seem to have accepted this same deal whether they know it or not. For the competitive bodybuilder, it’s hard to pinpoint the exact reason behind this. Bodybuilding is followed only by a small community when compared to other competitive sports. This limits the fame and money a champion bodybuilder can obtain. It could be that they simply want to just build more muscle and drop more fat than the next guy, and they’re willing to risk anything to reach this goal. This is no different with non-competitive bodybuilders.

When it comes to risk versus reward, bodybuilding may carry the highest risk while offering the least reward among all sports. The large increase in the amount of drugs used by bodybuilders in the 90’s is starting to show today. Deaths of bodybuilders such as Andreas Munzer, Art Atwood, Mat Duvall, Greg Kovacs, and Trevor Smith can all be considered premature due to abusing bodybuilding drugs. This is just a few names on a list that’s constantly growing. With bodybuilding being judged primarily on muscle size and definition, it would be hard to imagine fans being pleased with bodybuilders taking less drugs and downsizing their massive physiques.

In a sport that requires the athlete to eat well, exercise, and stay lean, its not a mystery as to why bodybuilders are dying from cardiovascular issues at a young age. Gross abuse, not just use, of anabolic steroids, insulin, HGH, and diuretics is the culprit. As long as there is a demand for a bigger, leaner bodybuilder, bodybuilding drugs will continue to be abused instead of used. If this continues, I expect to see the list of bodybuilders dying at a premature age growing at an even higher rate than in the past. Growth-hormone-releasing-peptides, growth-hormone-releasing-hormones, and a number of other peptides are being added to many bodybuilder’s drug stack. Most of these drugs are still in the trial phase and haven’t been approved for human use yet. This means there are a lot of unknowns with these drugs, and bodybuilders wont know if there are any long-term consequences for maybe decades from now. There is some belief that some peptides can lead to cancerous tumors. Right now, it’s a roll of the dice with these drugs, and this really makes you question whether or not it’s worth jeopordrizing one’s health in order to pursue bodybuilding greatness. Even with all the warnings, some will continue to push the envelope and risk it all in order to be on top.