Muscle Growth and the Estrogen Connection 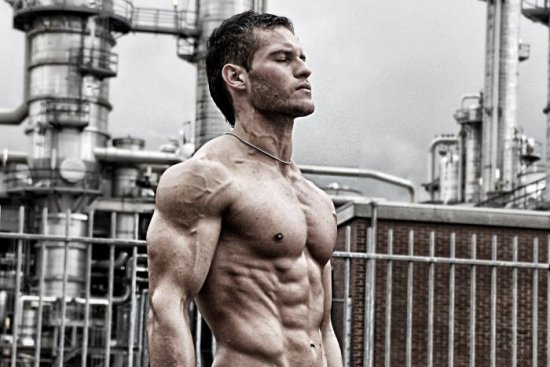 In a sport where the use of hormones is central, it is not unreasonable to assume that its participants would possess a broad knowledge of such, particularly those hormones which are naturally produced in the human body. Yet, when it comes to muscle growth, few have been as misunderstood as estrogen. Back in the late 1990’s, when the first 3rd generation A.I (anastrozole) was just hitting the scene, estrogen was considered so essential to the growth process that the off-season use of aromatase inhibitors, in any amount, was largely frowned upon.

With this mind-set having been adopted by the majority, aromatization was viewed as a purely positive trait, with any concerns of estrogen excess a mere afterthought. Sure, Nolvadex was routinely employed as an anti-gyno treatment, but being receptor site specific, it did nothing to slow down the rate of estrogen conversion. For this reason, it was not uncommon to see many top-level bodybuilders holding enough subcutaneous water to fill an over-sized fish tank. The general consensus was that elevated estrogen levels were good and if a little was good, then more was even better.

Although the cosmetic side effects of estrogen was well known, most individuals from that era possessed only a partial understanding of the mechanisms by which estrogen influenced muscle growth. This led to many faulty conclusions, particularly as it pertained to optimal estrogen levels. While most believed there was a point of diminishing returns in which additional estrogen imparted no further benefit, no one really knew where that line should be drawn. For this reason most steroid users attempted to cover their bases by allowing estrogen conversion to flourish unchecked.

Given the mentality of the day, it is easy to understand why over-suppression of estrogen was a concern (and remains so today), but with many bodybuilders using grams of aromatizable AAS on a weekly basis, estrogen levels were often so far outside the normal range that it was not uncommon for readings to reach 10-20X the normal maximum limit. I can accept not wanting to lose out on any extra benefits an elevated estrogen level might provide, but how could one justify readings this far outside of normal? As you might have suspected, not everyone thought such exaggerated estrogen levels were any more beneficial than more moderate levels, but it was ignorance regarding the effects of aromatase inhibitors in men that caused many to forego them completely.

Due to a lack of clinical research demonstrating the effects of A.I.’s in healthy adult males, most bodybuilders assumed that even low doses of anastrozole (letrozole an exemestane had not yet been released) would affect them in the same way as women, with even small doses reducing circulating estrogen levels by 95%+. Obviously, this would have been a problem, so most bodybuilders felt it was in their best interest, from a growth standpoint, to maintain an extremely high estrogen level, rather than wipe out estrogen almost entirely and lose out on its benefits.

A lack of clinical research wasn’t the only reason why bodybuilders chose to go down this road. A misinterpretation of real-world evidence was also to blame. A common side effect of elevated estrogen, which becomes more pronounced as levels rise, is water retention. In some cases this water retention can become quite extreme, leading to substantial weight gain and even enhanced strength via improved leverage. However, being difficult to fully differentiate between water weight and lean tissue, many mistook this increase in size and strength, at least in part, for a genuine increase in lean muscle mass. Add to that the fact that size and strength tended to diminish upon commencement of A.I. therapy and we can see why many became convinced that aromatase inhibitors had a negative impact on muscle growth.

Although the debate continues today, most no longer believe that these extreme supraphysiological estrogen concentrations are necessary for maximizing growth. In truth, we don’t really know at what point benefits are maximized, as there are multiple pathways, both direct and indirect, through which estrogen can positively affect muscle growth. Still, there is some evidence to suggest that at least slightly elevated estrogen levels are necessary for maximizing all of these benefits. However, one should keep in mind that maintaining estrogen levels even slightly outside the normal range substantially increases the risk of developing arteriosclerosis—a strong risk factor for heart attack and stroke. At the same time, any growth benefits attached to this estrogen increase are likely to be minor, at best, especially when compared against estrogen levels which are already within the upper-normal range.

After a tough workout, skeletal muscle hypertrophy is regulated by at least three major molecular processes. These include satellite cell activity, gene transcription, and protein translation, all three of which are strongly influenced by IGF-1. IGF-1 also increases a-actin mRNA expression and protein synthesis, while simultaneously enhancing nutrient transport via its insulin-like activity. By optimizing estrogen levels, these major muscle building processes are supported, leading to an increased rate of lean muscle tissue accrual.

Estrogen also plays a role in growth hormone production, the anabolic and lipolytic effects of which have been well elucidated. The bottom line is that without adequate estrogen, growth hormone levels will suffer, making it more difficult to both gain muscle mass and lose bodyfat. As an added benefit, estrogen enhances growth hormone receptor expression, further potentiating its effects in the body. In laymen’s terms, growth hormone works better in the presence of estrogen.

One should also expect an increase in Glut-4 translocation. Located within skeletal muscle, Glut-4 is a carrier protein which helps transport nutrients from the cell surface to inside the cell, where they can then be used for recovery and growth. Unless activated, Glut-4 remains within the cell, hibernating until it receives a signal to rise to the surface. However, under certain conditions Glut-4 can be rather stubborn, refusing to come up to the cell surface in adequate quantities even when signaled to do so. Estrogen improves the translocation (movement) of Glut-4 to the cell surface, permitting greater amounts of nutrients to permeate the cell barrier, where they will ultimately be used for muscle growth and repair.

As one of the most powerful suppressors of muscle growth in the human body, myostatin interferes with the growth process on multiple levels, one of which is by blunting mTOR—a central regulator of cell metabolism, growth, and proliferation. Even small elevations of this muscle destroying protein can make it more difficult to maintain currently existing muscle tissue, let alone acquire additional size and strength. To give you an idea of how powerful myostatin is, animals which have been genetically altered to ensure the absence of the myostatin gene exhibit drastically increased levels of muscle mass over their genetically intact peers. In many cases these animals will grow over 100% more lean tissue than non-treated animals; a massive increase to say the least.

However, we don’t need to be the object of genetic engineering in order to manipulate myostatin levels within the body. In clinical studies designed to evaluate the effects of training on myostatin in men and women, the elevated estrogen levels found in women were shown to have myostatin inhibiting effects in muscle tissue by down-regulating myostatin mRNA expression and reducing serum LAP/propeptide levels. This down-regulatory effect makes estrogen anti-catabolic in nature and therefore, a valuable component of the growth process.

Lastly, estrogen may improve muscular contraction via improved myosin function. While the performance enhancing benefits are obvious, an increase in muscle strength should indirectly increase muscle growth by allowing the individual to handle heavier weights during training, thereby imparting a greater training stimulus.

No longer viewed solely as a “female” sex steroid, the role of estrogen in muscle growth is undeniable. A multi-faceted growth agent, estrogen works hand in hand with testosterone to maximize many of the body’s key anabolic and anti-catabolic processes in a dose-dependent manner. Although science has yet to reveal the amount of estrogen required to maximize muscle hypertrophy, bodybuilders should be cautioned against the over-suppression of estrogen, as the evidence suggests that the current trend of maintaining estrogen levels within the low-normal range is unlikely to provide full muscle building benefits.