Natural or Not: Who Cares? 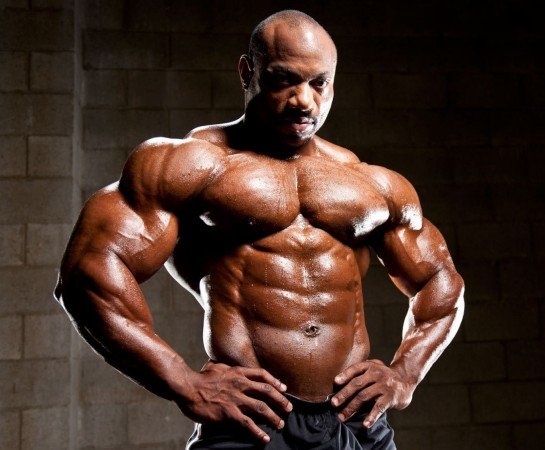 Is there any place closer to hell then the comment section of a bodybuilding video on Youtube or Facebook? As I scroll through my feed, I see a few mainstream articles pop up about popular fitness personalities or celebrities with muscle. Although I know that clicking “view comments” will result in nothing other than a few premature grey hairs and perhaps the beginnings of an ulcer, I usually proceed anyways before my brain can smack some sense into my finger. Without fail, if the gentlemen in the picture or the subject of the article possesses any kind of muscle, it is a given that someone who doesn’t have any involvement in the bodybuilding world will be spewing some kind of nonsensical crap about steroids, cheating, being natural, etc.

This impulse is one I just simply can’t understand. I try to be unbiased and look at our culture from the standpoint of the general public and I know that people have strong opinions on subjects that they have no understanding of, but I still end up shaking my head. I am not anti-natural by any stretch of the imagination. In fact I do believe that we have a serious issue with young people taking PED’s long before they have paid their dues in terms of knowledge on the matter and learned the proper mechanics of building a physique. Kids are taking more shit than they ever have before with very little regard to long term effects. What used to be a beginner cycle of 1-2ml of testosterone a week (because injecting wasn’t “cool” until recently) and a few dbols a day has transformed into a bottle every 2 weeks stacked with 3 or 4 other compounds.

This isn’t okay, and the scary part is that these kids don’t seem to realize that they are not doing what their heros did. They can point at the guys from the generation before them claiming they did the same shit, but the fact is they are using the amount of drugs that their idols worked up to over a decade or more of training as their entry level dose, and this is going to spell trouble. No one should disagree with this. If you have to use the level of drugs that some on the Olympia stage is using just to prepare for a local show (or even worse, just to post pics on Instagram) then your future is likely not bright in terms of bodybuilding career or longevity.

However, when it comes to grown adults, what in the hell gives people this entitlement to demonize what people use to achieve their own personal goals? The major irony is that the majority of the endless army of shit talkers are young and otherwise liberal free thinking (at least according to them) individuals. If you were to poll a large group of people in the age group of 18-35 if they think grown adults should be allowed to use marijuana or alcohol responsibly at their own discretion, the growing consensus would be a resounding YES. However, these same self titled progressive thinkers are quick to slander anyone who wants to use a medically viable hormone to achieve a look they desire.

Why is there a disconnect between recreational use of drugs and recreational physique enhancement? For the record, we are not looking at competitive sports here. If someone wants to drink 8 beers so that they have more fun on a friday night, are they “cheating” at having fun? Their goal is to let loose and they achieve this through drug use (alcohol is a drug). Do these same people see videos of a group of people drinking wine at a social gathering and achieving states that aren’t possible naturally and say that they shouldn’t be accepted and that the fun is “fake”? This might sound silly and not a fair comparison, but think about it objectively. The point is that bodybuilding is a personal endeavour that is for no purpose other than ones own personal goals. If your goal is to build muscle and look jacked, why is it bad to use chemicals to do it however it’s perfectly acceptable to use chemicals if your goal is to go have a night on the town.

How often do people listen to their favorite album and question whether or not the artist who wrote and performed the music was high as a f#cking kite during the process? They can go to the bar and guzzle shot after shot of mind altering liquids and dance to music made by stoned people, yet the guy injecting testosterone to look good with his shirt off is a piece of shit. This logic is beyond me, and I can’t come to any conclusion on why people are so oblivious to their own ridiculous hypocrisy other than the fact anything pertaining to body image is a soft spot and people feel threatened by those who look great. Whether it’s due to society’s conditioning or a subconscious need to bring down others who we might feel are powerful, the people throwing out the slander are unlikely to have any insight themselves as they are too lost in their own ego. The fact of the matter is, people wouldn’t consider it “cheating” if they weren’t in constant competition with others in terms of their body. If they weren’t self conscious and looking at others in reference to their own physique, there would be no “cheating” as it’s entirely a personal pursuit.

Not everyone has to agree with PED use or support it, but society has grown to accept more and more behaviours that used to be frowned upon yet still isn’t accepting this simple choice. How can one applaud someone getting a sex change so that their outside gives an accurate representation of their inside and then go on to harshly judge another for wanting bigger biceps?

There is a pill for everything. People usually take some sort of medication when they are sick, which could easily be deemed unnatural. My point isn’t that we should view common remedies the same as steroid use. My point is that people shouldn’t give a shit what other people use to hit their own goals when it pertains to looking a certain way. Women wear make-up and push up bras. It’s no coincidence that 90% of the time you look at the guy making the negative comments about steroids and they look terrible. The ones who feel good about themselves don’t care about what others use because they are happy with the look they achieved naturally.