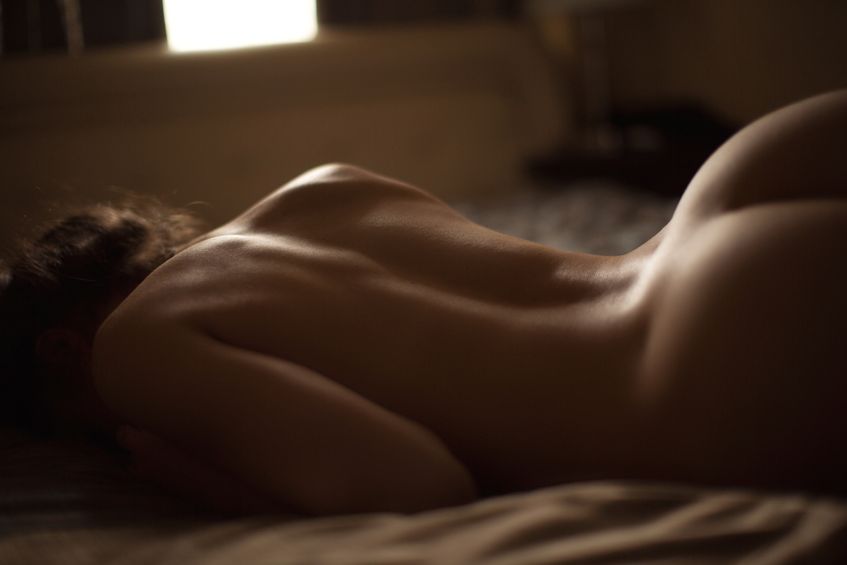 Now, I see a whole bunch of perverts looking over at their girlfriend or wife and I can see the mouse running on the wheel in your brain. We aren’t talking about sex toys, gentlemen. At ease. We aren’t looking for you to star in your own homemade porno. What we are talking about today is something called whole-body vibration (WBV). A study was just published that brings up some interesting data that shows sitting, lying, or standing on a device that vibrates can be considered a form of exercise. I can sense a bunch of questions coming on, so let’s get into it.

Better than your girlfriend’s ‘magic bullet’

Ok, I couldn’t help myself. Since your mind is already in the gutter, I figured we’d stick with the image to keep your mind focused and on track. So, here’s the deal. Remember those old-school devices that people (more specifically, women) stood on and it shook and vibrated while against their butt, hip, or stomach and it was supposed to flatten them out? Or even more recently than that, products that were considered vibration exercise machines where you stood on the platform and the base would vibrate and you were supposed to exercise while this was happening and it “supposedly” activated more muscle fibers? All of these machines and devices became the laughing stock of the fitness equipment market and were basically shunned away because they were found to not be effective in maintaining or building muscle while dropping body fat. So, in the trash they went.

Has science backpedaled and now all of a sudden, those devices are found to truly be useful? It appears that way, but I’m still not so sure I’m completely sold on this idea.

Researchers believe that vibration devices when used during sitting, lying, or standing can cause a muscle to contract and release several times per second. They believe that individuals who can’t find time to exercise can benefit from this technology. Personally, I still don’t see how it can do much good without increased “resistance” to help progress. There’s no way this could ever replace traditional exercise from what I’m seeing and reading. One of the researchers said, “Our study is the first to show that whole-body vibration may be just as effective as exercise at combatting some of the negative consequences of obesity and diabetes. While WBV did not fully address the defects in bone mass of the obese mice in our study, it did increase global bone formation, suggesting longer-term treatments could hold promise for preventing bone loss as well.”

The study using WBV was conducted by using 5-week old mice. Again, we need to take whatever findings with a grain of salt since it has not been shown to improve anything in human subjects. But the mice were split into two groups. The first group was made up of mice who were genetically unresponsive to leptin and were found to be diabetic and obese. When the hormone leptin is missing, you don’t feel full when eating. The second group was made up of normal mice. Both groups had mice that were to exercise on a treadmill, utilize the WBV technology, or be completely sedentary. Researchers allowed the mice to get used to the equipment for the span of one week before they began their 12-week study.

Here’s how each of the subgroups were handled during the study: “The mice in the WBV group underwent 20 minutes of WBV at a frequency of 32 Hz with 0.5g acceleration each day. Mice in the treadmill group walked for 45 minutes daily at a slight incline. For comparison, the third group did not exercise. Mice were weighed weekly during the study.”

After the 12 weeks were completed, the researchers gathered the data to analyze. What they found was that none of the protocols changed the healthy mice—they simply stayed the same as before the 12-week period. The obese mice on the other hand, showed improvements following the trial. The mice who were obese and forced to remain sedentary increased weight during the study. The mice who were obese and utilized the WBV and treadmill gained less weight than the sedentary mice, but none the less, still gained weight. The researchers pushed the notion that the WBV and treadmill did have better results than the sedentary obese mice, but my complaint is that it’s still not a good viable option to help with actual weight loss. No one exercises to “gain less weight than if they did nothing at all.”

The same researcher quoted above also mentioned, “These results are encouraging. However, because our study was conducted in mice, this idea needs to be rigorously tested in humans to see if the results would be applicable to people.” While I completely agree with her, I feel as if I’m missing something here. Why are we devoting time and effort into something that isn’t efficient in helping fix or manage the obesity epidemic? I’d say this research is like putting a Band-Aid on a bullet hole, but we aren’t even in the same battle here. This research showed nothing of interest or substance, yet the researchers are calling it a victory of sorts. The obese mice still gained weight regardless of any of the protocols used in this study.

Here’s my parting shot. Those vibrating devices used in the past, keep them there—they still don’t work and are not efficient in solving anything. If you buy one to help lose weight, stand on your head and turn the machine on. Maybe it will shake some sense into your brain. To the researchers in this study, go back to the drawing board, this research is completely worthless. You didn’t prove anything and have lost credibility in my eyes for trying to show some sort of positive from your research that has zero value to society.

2.) The Endocrine Society. “Whole-body vibration may be as effective as regular exercise: Mouse study is the first to show less strenuous alternative can benefit bone health.” ScienceDaily. ScienceDaily, 15 March 2017.