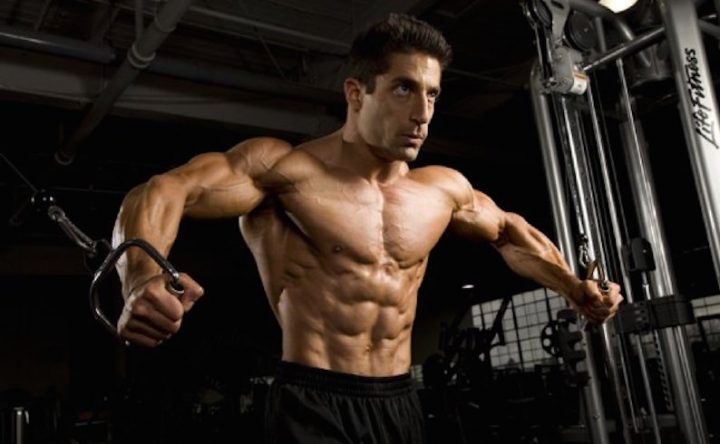 We were once programmed to believe that a low-fat, high carbohydrate diet was the key to a fitter society that would be less prone to disease. That didn’t help matters and the rate of obesity and disease climbed. The low carb/high protein diet would eventually replace the low-fat diet as the answer to obesity. With this diet it was acceptable to consume large amounts of dietary fats. It’s still believed that a person can become lean and healthy while consuming large amounts of protein and fats, while avoiding carbohydrates. The argument here is that our ancestors ate in this manner and didn’t have an obesity problem like we do today. It can easily be argued that our distant ancestors spent a lot of time and energy hunting and preparing food, and the calorie demand would be much higher than it would be for a person living today’s lifestyle.

As of recent, the most popular way of eating for people wanting to improve body composition and health is the six-meal a day approach. This way of eating is nothing new to bodybuilders, but it’s recently become more common among the mainstream, non-bodybuilder. Many that battle obesity have no structure with their diet. There is no plannimng or thought with what foods they consume throughout the day. This usually just becomes what is most convenient; being fast food or vending machine food. Highly processed and high glycemic foods are eaten, resulting in an extreme insulin spike due to excess calories being consumed. Fat being stored and being hungry again in just a few hours is what happens next. It becomes an ongoing cycle, which leads to insulin resistance and obesity. The six-meal a day format calls for a meal roughly every 3 hours that consist of a small portion of protein, complex carbohydrates, and healthy fats. This way of eating gives the body a steady supply of nutrients, and it avoids the high surges of insulin, keeping hunger in check throughout the day. This concept has worked well for millions of people. Of the diets mentioned, the six-meal a day is by far the most beneficial for fat loss, gaining muscle, and overall health when the nutrients are portioned correctly. The six-meal a day approach is a great option for just about anyone that owns a set of Tupperware containers.

The six-meal a day plan is recommended by most experts, but there may be a different way to eat altogether that could be much more effective in several key areas, and this is known as Intermittent Fasting or IF.

In the past, just hearing the word fasting would make me hungry. It was a word that I related to long periods of intentional starvation. It reminded me of people who would go without eating food while just drinking juice or water for days at a time. The fast may have been in an attempt at a quick weight loss or a cleanse.
Weight would be lost, but a large part lost would consist of water after carbohydrates stored throughout the body were depleted. For every gram of carbohydrate stored in the body that is lost, three grams of water is removed with it. This is why low-carb diets give the appearance of being successful in the beginning. Large amounts of weight is lost within the first few weeks in the form of water from carb depletion. In the past, any diet that involved fasting would usually result in muscle loss. Intermittent fasting (IF) has a different approach than traditional fasting, and depending on how it’s performed, it can actually lead to muscle gain and fat loss. Intermittent fasting can manipulate human growth hormone, insulin, and other hormones in a way that positively impacts fat loss, muscle gains, anti-aging, cognitive function, and overall health.

Intermittent fasting is also known as Time-Restricted Eating. There are numerous versions of intermittent fasting, and the fasting periods can range any where from 8-72 hours in length. What an individual is intending to gain from fasting would determine how long and often the fast would be performed, and the length of time given for the eating window. Before getting into the details of any intermittent fasting program, I’ll dive into the benefits of fasting on the mind and body.

The body is in either one of two states at all times: fed or fasted. Insulin is elevated during the fed state, and this signals the body to store excess calories in fat cells. Insulin also stops the burning of fat. While in a fasted state, insulin is low, and growth hormone and glucagon are elevated. It must be noted that you can only burn stored body fat while in a fasted state, and you can only store more body fat while in a fed state.

Most people seem to be spending less time in a fasted state and more time in a fed state. Eventually, insulin becomes constantly elevated and the body never uses stored body fat, instead, relying on glucose for energy. Over time, elevated insulin leads to insulin resistance, and the body releases even more insulin in response to the fed state. Insulin resistance then leads to Metabolic Syndrome, which results in obesity, abdominal fat storage, high triglycerides, low HDL (good cholesterol), and elevated glucose. Someone with insulin resistance is burning mostly glucose on a cellular level, and they rarely get the chance to actually burn body fat. The elevated glucose with insulin resistance will eventually result in type 2 diabetes. Insulin resistance promotes fat storage and suppresses fat mobilization from the fat cells. Mitochondria produce energy inside cells. They can burn glucose (sugar) or fat as fuel, and over time they will prefer one over the other. Being in a constantly fed state, that’s common with insulin resistance, have increased the pathways in the mitochondria that burn glucose and decreased the underused pathway for burning fat. When a person that is insulin resistant runs out of glucose they become hungry for more glucose instead of mobilizing and burning stored body fat. They will spend most of the day trapped in a cycle of eating and spiking glucose every few hours, and becoming hungry when blood sugar drops. Spending too much time in the fed state and not enough time in a fasted state can lead to a number of health problems, and it can make it impossible to lose body fat. Humans can improve their ability to fuel themselves with stored fat instead of glucose. This starts with being in a fasted state.

Staying in a constantly fed state leads to elevated insulin levels, and elevated insulin halts the production of human growth hormone. HGH facilitates fat burning and muscle repair. It also initiates cellular repair, and it’s referred to as the Anti-Aging Hormone. When the body is in a constantly fed state, HGH never has the opportunity to do the job it’s intended to do. Intermittent fasting has been shown to keep insulin to a minimum while increasing blood levels of human growth hormone by as much as five-fold. Norepinephrine (noradrenaline) has also been shown to increase with fasting, and combined with HGH, they increase the breakdown body fat and facilitate it’s use for energy. For this reason, short-term fasting actually increases the metabolic rate by 3.6-14%.

Intermittent fasting has become trendy in recent years. Given the popularity, dozens of types/methods of IF have been devised. While there are many IF programs available, there is only one method that I’d recommend for long term use, and this is the 16/8 IF method. It is designed more for bodybuilders, athletes, or anyone that is extremely active. The 16/8 method involves fasting every day for 16 hours, and restricting the daily eating window to 8 hours. It’s recommended to fit 3-4 meals within that eating window. The 16/8 method was specifically designed with training in mind. In addition to having all the health benefits of other types of fasting, the 16/8 method is a standout because it offers an advanced level of hormone management. While something like 24-Hour fasting or an alternate day fasting will give you these benefits, these methods are not for daily practice, whereas 16/8 is. This means a daily increase in growth hormone and insulin sensitivity, and this makes it much easier to shed body fat and increase muscle mass.

With the 16/8 fasting method, workouts are performed while fasted, and the first meal of the 8-hour eating windowis the post-workout meal. For some, adhering to this simple rule can be inconvenient at times. It would be unrealistic for most to consume their normal food amount in the 8-hour eating window. There may be a 20% drop in calorie intake, and this is ok. Some worry about muscle loss with the dip in calories and with going 16 hours a day without food. With growth hormone levels being elevated to the point that could match levels of someone taking a low dose of prescription HGH, and with insulin sensitivity being maximized, muscle loss should not be an issue. In fact, some individuals may actually see an increase in muscle mass while simultaneously losing body fat in the early stages of the 16/8 IF method.

The first few weeks of 16/8 IF will be an adjustment period mentally and physically. Your body will tell you that you’re hungry, and it’s telling you to feed it more glucose (sugar) so it wont have to use stored body fat as fuel. We’ve been told that breakfast is the most important meal of the day, and that skipping it is the ultimate bodybuilding/fitness sin. Mentally, many believe that going more than 3 hours without a portion of protein, carbs, and fat will result in muscle wasting. So for many, ignoring what they’ve been told and going 16 hours a day with no food will be a mental battle.

The 16/8 method may appear very unconventional, but if you are stuck in a rut, it just may be the approach to pull you out. In a follow up, I will explain in detail a new approach that mixes in macro-nutrient cycling with the 16/8 method, making it even more effective.