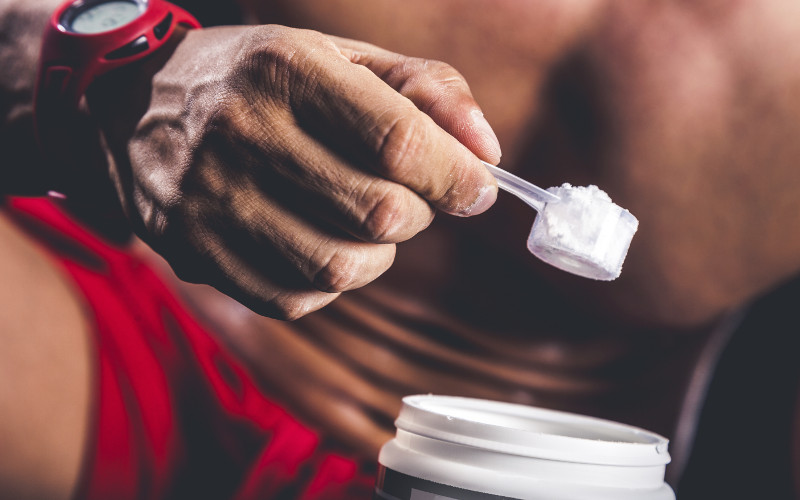 In early 2016 the Wall Street Journal published an article calling out the sports nutrition industry for what they call, “marketing to minors”. They claim that manufacturers are dooping young athletes into using their products. I’m not sure where they are getting their information or basing such an outlandish claim, but I can’t see it being any further from the truth.

I’ve been in the supplement industry for about ten years now. I’ve been involved on the marketing side creating copy and ads for publications and websites, I’ve been face to face with consumers at trade shows, I’ve been selling products directly to retailers, and everything in between. To give you an example of just how serious the industry takes their products and safety when it comes to minors… At the trade shows that I was always present at, booths and manufacturers were not permitted to give out any supplements to minors who looked to be under the age of eighteen, even if they were accompanied by their parent or guardian.

Throughout the years I’ve seen what’s gone on in the industry and quite frankly, this pointing of the finger by the WSJ is uncalled for and the black-eye that ensued was not justified. Maybe we should start writing articles about how the WSJ publishes articles based off a lack of evidence and pushes it as if it were gospel to create a buzz so they can sell stories to their readers? Maybe they need to be held under the microscope for “telling tales”? This kind of unexcused witch-hunt journalism from the Wall Street Journal is appalling and makes good journalists and writers lumped into the same category as some of the low-life’s in the industry.

The Wall Street Journal went on the record saying that there is a concern growing in the world that supplement companies are directly marketing teen athletes. Let’s take a step back and digest that for a minute. For starters, where are the parents? Are their parents buying these products for them? If the parents are purchasing the products, then shame on them. Or are the teens themselves going into their local supplement store and leaving with a bag full of goodies like it was Halloween? If that’s the case, shame on the retail owner since clearly on all packaging of sports nutrition products it states the product should not be consumed by anyone under the age of eighteen or that it should be kept away from children. So tell me how a manufacturer is supposed to play watchdog every time a delivery leaves their warehouse. It’s impossible. It can’t be done. Now there could be one loophole to all of this and that’s where ANYONE can purchase sports nutrition products online. Yes, that can be an issue, but again, how is that the fault of the sports nutrition manufacturer? They can’t police every sale that goes through on the internet and tell the ecommerce site that a minor just purchased their product and to cancel his/her order. Again, that’s ludicrous. So again I step back and say where are the parents? Does their kid have their own credit card to make the purchase? Are the parents aware of what their child orders online and is looking at?

Actually, not deceptive at all. People just take something they see and read, twist it around until it fits their agenda, and then runs with the idea. Let’s take a look at specific marketing techniques found in print publications and online. Have you seen any sports nutrition companies using any type of advertising where they specifically called out teens/minors or used one of their images in any type of marketing materials? Do you see teens in supplement ads? Nope. So where is all of this coming from that supplement manufacturers are targeting minors? This is starting to sound like a bunch of politicians are behind it all.

Later in the article from the WSJ they talked about how supplement manufacturers aren’t regulated by the Food and Drug Administration (FDA) and how there is no scientific research on what happens to a teen/minor if they start supplementing with sports nutrition products. Well why should there be studies conducted? Manufacturers aren’t marketing to that demographic so why would there be? Again, it’s clearly stated on their labels that the product is not to be used by anyone under the age of eighteen (along with other parameters) or to keep the product away from children.

Want to discuss a regulation fail? Look at the tobacco and alcohol industry. Are they pushing their marketing towards minors? I would hope not, that would be illegal as you must be over the age of eighteen in order to legally purchase and smoke cigarettes. But look at the statistics today or even maybe back to your own childhood. Did you ever have a sip of alcohol as a minor or snuck in a quick cigarette puff when you were away from home? Maybe? Hopefully not. Tobacco and alcohol kills WAY MORE people each year than any sport supplement on the market—and those items are regulated and can be highly addictive. The health risks associated with smoking look like Santa’s naughty list come Christmas time. If you look at a box of cigarettes, the Surgeon General had the manufactures put a health warning on that states all the negative side effects associated with smoking that box of cigarettes. So explain to me why we are having a conversation about something such as sports nutrition products when we have bigger fish to fry?

Taken from the same WSJ piece, “The International Olympic Committee published a statement in the British Journal of Sports Medicine in 2015 saying it is ‘inappropriate and unacceptable to encourage dietary supplements for performance enhancement with youth athletes’.”

What I take from that is that coaches and trainers could possibly be embedding those thoughts into athlete’s heads, not that they are making those decisions on their own or that manufacturers are using some kind of scheme to draw in teens/minors to purchase their products. I’ve played sports my entire life. I’ve seen first had where coaches tell athletes they need to put on size or weight in order to play. Or that an athlete is too fat and slow and that in order to make the team they need to lose twenty pounds (or whatever number you want to throw out there). So I’m not naive to think that sort of thing isn’t happening in youth athletics. But again, how is that the fault of the manufacturer when a coach or trainer is taking it upon themselves to recommend products to his/her athletes/team?

To take it one step further we must mention the fact that teenagers don’t even need ergogenic aids. At their age, the amount of free testosterone that is flowing through their body is more than enough to help them get stronger, recover quickly, and put on lean muscle mass naturally. This isn’t anything new or that people shouldn’t already know.

Let’s not shy away from some cases that are popping up around the United States though involving minors and supplements. Are there cases out there where kids have gotten hurt due to not following the directions on the label of a sports nutrition product that they either got due to their parents not putting it away (from their personal use) or by the child purchasing it online themselves? Yes. But to say the very small percentage of cases like that is cause for alarm and to call it teenage supplement abuse is asinine. Many of those issues were caused due to thermogenics or fat burners that include high dosages of caffeine where an individual took more than what was recommended or that the individual is very sensitive to the stimulant.

So enough with the witch-hunt. Stick to the facts and don’t blow a small percentage statistic into something that is isn’t an issue just to push an agenda. We should all unite to tackle some of the bigger problems of the world before we try and fabricate a story just to get some headline attention. If the WSJ is in need of attention that badly, maybe they should invest in some better journalists who can provide content based off of facts and research instead of paying people to run a story with no merit.