The Inflammatory Response in Athletes 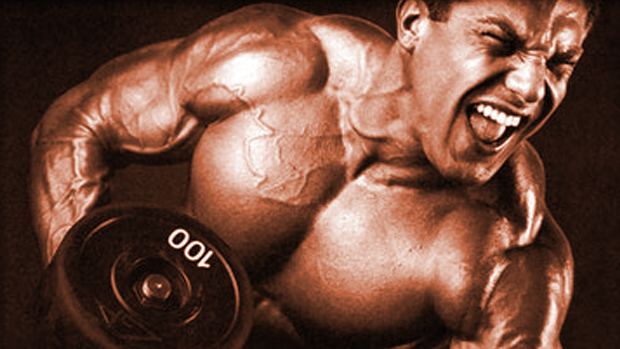 Inflammation has become a hot online topic lately, primarily due to a crop of experts who have made the term a part of many trainers and trainees new vocabularies.

But while inflammation has become a buzzword, not many people know what it actually means in the context that we’re seeing it used. When Kelly Starret tells you not to reduce inflammation by icing an injury, and Robb Wolf tells you to avoid grains because they cause inflammation, and Brian Mackenzie talks about wearing compression gear to lower inflammation, are they talking about the same thing?

The body has a host of different molecules that are associated with inflammation, and the same Transforming Growth Factor – beta (TGF-β) found in hepatic cells that can promote liver cancer is the same TGF-β that we find in local muscle inflammation after a workout. Or, for a more familiar example, the Insulin-like Growth Factor one (IGF-I) found overexpressed in cancer patients, is the same IGF-I that is responsible for the anabolic effects of human Growth Hormone (hGH). Therefore, it’s very difficult to take the myriad of processes that occur through inflammation and simply label them in a black or white manner.

The inflammatory process is initiated by the body as a response to the introduction of pathogens as well as challenges to the system through physical (mechanical), dietary, thermal, or chemical stress. It doesn’t matter if you get Rhabdomyolysis from being crushed in a car accident or from a tough workout, the pathology remains the same, as does the body’s response to it. Whether damage is sustained by mechanical loading (weight training), a traumatic wound (sustained through impact), or in response to a virus, the body sends out many of the same molecules, such as neutrophils, macrophages, and cytokines. Don’t worry, you don’t need to know much about them to understand what I’m talking about – and there won’t be a quiz.

Both macrophages and neutrophils develop in bone marrow and not only contribute to the inflammatory response, but cause muscle damage at the outset, and they are also responsible for the removal of damaged tissue from effected areas and ultimately for triggering and aiding the rebuilding process.

After increased mechanical loading (weight training) or acute injury, Neutrophils rapidly invade muscle tissue (within the first hour). Neutrophil activity is most elevated at the outset of muscle damage (1) and is even thought to be a contributory (perhaps primary) factor in tissue damage (2), peaking at day one and lasting about a week. Paradoxically, neutrophils are also necessary to the healing process, through a variety of functions.

Macrophage activity also contributes to the inflammatory response, causes muscle damage as well, as aiding the rebuilding process peaks at day five and can last up to two weeks.

Both macrophages and neutrophils can regulate other cells through the production of free radicals and by producing cytokines as well as growth factors(1). Again, it’s important to remember that they not only contribute to cell damage, but also to the removal of damaged tissue and ultimately to the healing process.

The production of free radicals by inflammatory cells (such as neutrophils and macrophages) can be a good thing, as free radicals have been shown to be contributory to the adaptive process of exercise (3), and can aid in the removal of waste tissue. However, this can also be a bad thing as previously healthy tissue can be damaged by these same free radicals. In this case, what hurts us heals us. Kind of like having a beer when you’re hungover…

In addition, through the process of removing damaged tissue, the body is able to turn inflammatory factors into non-inflammatory ones. The pro-inflammatory cytokines produced by neutrophils and macrophages can themselves initiate and amplify the inflammatory response, but can subsequently produce interleukins that contribute to the resolution of inflammation (1). In fact, although it was once thought that cytokines were either pro or anti-inflammatory, emerging literature suggests that this view is too narrow.

Remember, we’re talking about a traumatic tendon injury or even tendonitis, not tendonosis (note the different spelling).

Tendonosis is an overuse injury often confused with inflammation because of the pain and swelling (6,7) although there is a lack of inflammatory cells present. A healthy tendon without tendonosis is typically composed of type I collagen in a paralell fiber pattern interspersed with a much smaller amount of type III collagen. An increase in type III collagen (which is what one would see in tendonosis) will decrease the structural integrity of the tendon and make it succeptible to rupture (8). For the steroid users in the crowd, Winstrol (Stanozolol) increases type III collagen, which is why we see so many aches and pains with that drug in particular.

So if we look at the injury process as a two act play, namely inflammation back to a non-inflamed state, what can we do to aid the transition from stage one to two? Can we take aspirin? Will ice help? Will interfering with muscular inflammation be counterproductive, given what we know about its likely role(s) in muscle growth and exercise adaptation?

Aspirin and other NSAIDs. This is a touchy subject for numerous reasons. There’s the tin-foil-hat-wearing crowd who think all “drugs are bad” (mmmkay), and there’s the crowd who thinks that non-steroidal anti-inflammatories like aspirin will curtail the adaptive response to exercise, or at least diminish the hypertrophic response. Common wisdom says not to take aspirin for this reason.

However, unlike most “gym facts” this one is actually rooted in science – old, outdated science. A 2006 study that was performed in rodents has shown that ibuprofen had the ability to inhibit skeletal muscle hypertrophy (9). This study followed an earlier study that showed an inhibition of the anabolic process due to ibuprofen and acetaminophen (10). At the cellular level, and in rodents,we find that these kinds of medications are rather detrimental to our physical training. However, while one of these studies was in rodents (not always 100% applicable to humans) the other study looked at anabolic signals, not actual results. Results, dear reader, are when we look at how much muscle is (or is not) gained while using NSAIDs versus not using them.

Human research has revealed that muscle growth is not inhibited with the use of ibuprophen, in both healthy and arthritic populations (11), nor is it inhibited with the elderly (12). At the cellular level, I’m not a huge fan of what NSAIDs are doing, but they’re not necessarily something that we can’t work into our training when necessary.

But not all anti-inflammatories will have these undesirable cellular effects. Take fish oil for example. It is a potent anti-inflammatory (13), while at the same time showing great promise to the muscle-building process (14-15). It’s highly concentrated in Eicosapentaenoic acid (EPA) and docosahexaenoic acid (DHA), n-3 fatty acids, both of which produce anti-inflammatory and inflammation resolving molecules (16).

And at the same time, fish oil builds muscle. In other words, the inflammatory process appears to be essential for the adaptive response to exercise, and yet paradoxically certain compounds that reduce the inflammatory response can actually aid the process. So even though an increase in inflammation can help build muscle, a compound that does the opposite can also help. Is inflammation bad or good, and is curtailing that process bad or good for an athlete? The answer is very, very grey, and depends on the type of inflammation and the reduction modality.

Besides fish oil, we need to consider Branched Chain Amino Acids, which have been speculated to exert at least some of their beneficial effects on skeletal muscle tissue through the modulation of inflammation (17). BCAAs are one of the most potent nutritional interventions on the market for building muscle and burning fat, and the fact that we can trace some of their effects back to reducing inflammation is very telling.

In addition, an amino acid that is not part of the BCAA family, L-Glutamine, is also a potent reducer of inflammation that’s worth considering on its own.

So we want to produce inflammation through training, reduce inflammation in some cases, and by some means (fish oil, BCAAs, creatine, glutamine), but probably not by others (NSAIDs, if we can avoid them).
How about ice? If we get injured, is it ok to ice the swollen area?

I think we’d be safe in saying that icing a soft tissue injury will reduce the pain and discomfort associated with being hurt. There’s plenty of research to support this claim (18), though significantly less to make us think that ice is going to actually heal an injury faster. It appears to be somewhat effective (19), Ice plus rehab work is marginally more effective than simply doing the rehab work alone (20), and there is some speculation that the RICE protocol (Rest, Ice, Compression, Elevation) would be more effective if compression were more extensively utilized (21) and recovery from soft tissue injury may be greatly improved with these garments, even without ice (22).

Personally, I ice and will continue to ice. But that doesn’t mean it’s doing much more than helping me relieve some pain (which is fine, because my hips are so bad that I had a semi-permanent limp for awhile). When you’re doing all of your prescribed rehab work, you’re going to be in some discomfort at times, and ice can be a great help here (especially if it helps insure compliance with a rehab program).

I suppose the best course of action in terms of soft tissue injury is to make sure you’re nutritionally sound (paleo, fish oil, BCAAs, and of course creatine – which a 1978 study shows to be anti-inflammatory (23)), doing rehab work, and icing with compression. Then again, maybe K-Star is right. Or ’70s Big. Or whatever.

Or maybe, as I said earlier, inflammation is simply too complex to categorize as “good” or “bad” and the result is that we need to figure out which parts of the inflammatory process are helping us, which are hurting us, and determine the modalities that maximize the former while minimizing the latter.