The Latest News On Coconut Oil, Health and Fat Loss 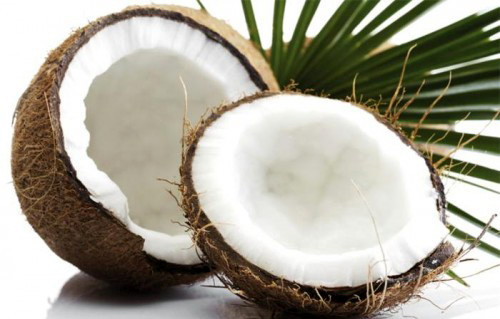 Less than two decades ago, coconut oil was pegged by media activists as one of the worst foods you could eat. In a surprising reversal, today coconut oil is promoted as a health food and even a fat loss “miracle.” On the internet, coconut oil has developed a cult following in alternative – natural health communities and it has started to get attention from the mainstream. Burn the Fat, Feed the Muscle readers are asking me about it and even public health organizations are taking another look and reconsidering positions on coconut oil and saturated fat. However, there are still major misconceptions and overblown claims being made about this tropical oil, so if you want to avoid wasting money, or making a big greasy nutrition mistake that could actually make you fatter, then read on.

It was 1994 when the Center for Science in the Public Interest (CSPI), a Washington DC consumer watchdog group, dropped a news bomb that exploded across the airwaves. CSPI director Michael Jacobson published a damning article in his nutrition newsletter, revealing that “Movie theater popcorn cooked in coconut oil is one of the single worst foods you can buy.” His scathing criticism centered mostly on the high saturated fat content.

From that day forward, tropical oils were blacklisted. One reason is because at the time, a clear distinction was not made between the hydrogenated tropical oils which contained the harmful trans fatty acids and the unrefined oils which did not. Another was that for many decades prior, the standard public health advice was the generalization: “saturated fat is bad.”

Over the last decade and a half, health scientists have continued investigating the saturated fat and heart disease connection. They discovered that it’s more complicated than simply saying, “All saturated fats are bad – don’t eat them.” Although this is still being researched and debated, the predominant belief now is that whether saturated fat will have a negative impact on your health depends on your genetic predispositions, your current medical conditions, what type of saturated fat you eat, how much saturated fat you eat and what else is in your diet.

Recent studies have also posed the question, “if you remove saturated fat, what are you replacing it with?” Many people cut out the fat and replace it with sugar and refined carbs. That’s just as bad, and for people with certain health problems, it’s worse.

A tipping point has still not been reached in the mainstream health world about saturated fat intake. Conventional and conservative nutritionists or public health policy makers are slow and cautious about updating their recommendations and most of them still stand: They suggest keeping total fat intake under 30% of total calories and saturated fat to 10% of less of that. But opinions are clearly changing – including about coconut oil.

In his “Ask the Dietician” column at the Burn the Fat Inner Circle, Chris Mohr, PhD, RD, explains:

“Coconut oil has traditionally gotten a bad rap because it is mostly saturated fat, and it has been shown through research that saturated fat increased the risk of heart disease. Put those two sentences together and in the most simplistic terms, it means too much coconut oil can cause heart disease.”

But then some research started to emerge looking more closely at the type of saturated fat is in coconut oil (primarily lauric acid). Proponents also started to point at the longevity of some populations in tropical areas who have been eating coconut oil for centuries as evidence that it should be part of the diet.

Not surprisingly, some people online started to suggest coconut oil has some magical “cure all” health properties. Of course, there are always two sides to every story. I like coconut oil – but with a catch.

I like it if its used as a replacement for less healthy, processed saturated fats and trans fats. I’m not suggesting you buy tubs of coconut oil and eat it by the spoonful. It’s not about adding coconut oil to a junk food diet. Its about replacing, and that’s the key.

So the general recommendations still stand true – keep saturated fat under 10% of your total fat calories, but within that recommendation, focus on saturated fats that aren’t processed, which is exactly where (unprocessed) extra virgin coconut oil could come into play.”

Dr. Chris Mohr has done a great job summarizing the current evidence-based health recommendations, but what about the fat loss claims for coconut?

Some people think they’re doing themselves good by adding in some health food, but they often eat more calories of those healthy foods than they’re burning each day. Or they add in a health food and something happens in their thought process where they feel this allows them to eat more calories somewhere else. This is part of “the health halo effect” and it’s a major reason many people can’t lose weight – they are focused purely on eating healthier foods without paying attention to eating within their calorie deficit.

Getting healthier and losing weight overlap, but they are two separate goals. That’s why it bothers me when health food companies make aggressive claims for coconut oil and weight loss. There is little evidence that adding coconut oil will help you lose weight. In fact, again, the extra calories could make you fat if they contribute to a surplus. Some people take this stuff as if it has zero calories and burns fat on top of that! (duh!)

The little evidence is based primarily on research with medium chain triglycericdes (MCT), which have a thermogenic effect. Coconut oil contains MCT. However, studies on MCT and fat loss were on pure MCT oil, not coconut oil. Even if a food or oil has a major thermogenic effect, it delivers calories. Some of those calories may be burned off via thermogenesis, but there are still net calories remaining. So to achieve any fat burning benefit, you would have to replace other fats with the MCT’s, nod add oil on top of your current diet. Even then, the effect of MCT’s was never much to write home about and the product never really caught on. I tried it back in the day (does anyone remember that orange creamsicle MCT oil? It didn’t taste bad but it left a weird scratchy feeling in the back of your throat), anyway, I never noticed any difference – health, energy, fat loss, strength – nothing.

People jump on bandwagons every time they hear about a “new health food miracle” (remember acai berry?) and in the online health world, coconut is one of the current trendy items. But don’t start adding tablespoons of coconut oil on top of your current diet plan arbitrarily. If you add in any additional dietary fats, you have to add them within your current calorie budget. If you have a very limited calorie budget because you’re in a deficit for fat loss, also remember that coconut oil does not contain the valuable omega-3 fatty acids and you’ll want to make sure you leave room for fitting those healthy fats into your calorie budget first.

Personally, I don’t use coconut oil on a regular basis, so I can’t speak much from experience. I’ve used it occasionally and I would use it again if it were called for in a recipe. That’s another benefit that advocates of coconut oil like to mention: It’s heat stable so you can cook with it and it can add flavor as a primary ingredient. A lot of people like the taste of fresh shredded coconut too.

For those who want to include coconut oil in their meals, the unprocessed natural kind (extra virgin, not hydrogenated), looks like a perfectly healthy choice, within a balanced overall nutrition plan. I won’t be surprised if mainstream nutritionists continue to update their position stands on saturated fat and health, or if some coconut oil health benefits are confirmed. But coconut oil is not a cure-all.

Coconut oil is also NOT a weight loss miracle, and chugging the stuff every day just because an internet natural health guru told you to is a mistake that could prevent you from losing weight or actually make you fatter. Even healthy oils are not calorie free.