The Passing of a Legend – Dallas McCarver, RIP 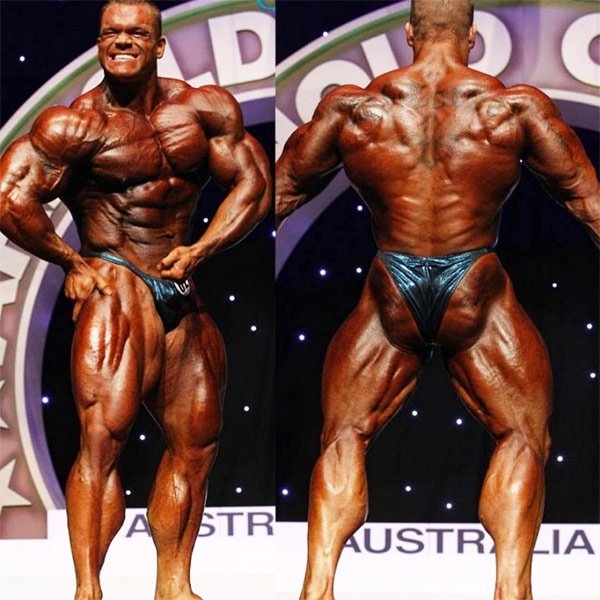 At just 26 years of age, IFBB Pro Bodybuilder Dallas “Big Country” McCarver accomplished a great deal in his very short life. Turning pro at just 21yrs of age, he managed to give 110% in his training, diet, and supplementation, landing two huge supplements contracts, a deal with Muscular Development Magazine, and countless endorsements. This phenomenal athlete seemed larger than life, appearing on a variety of bodybuilding shows, gracing the covers of magazines, and commanding a loyal, devoted following, the likes of which, very few bodybuilders ever experience.

He worked hard and didn’t complain, and that was probably one of the biggest feathers in his cap. People respected him for his work ethic and wanted to follow his journey. In terms of his physique, I’ve never seen anyone make the kinds of gains he did, not to mention in the short amounts of time. I’d like to expound on my interactions with Dallas and why I’m convinced his legacy will live on for the future.

I met Dallas McCarver some years ago, almost immediately after moving to Kentucky in 2015. His name was treated like that of a rockstar. Alongside, Justin Compton, McCarver was seen as a giant – both literally and figuratively! Unlike many bodybuilders who simply looked strong, Dallas ate big, looked big, and was considered one of the strongest pros in the game. The one thing that sticks out in my memory from the first time I met him, were his calves. He was wearing cargo shorts and red sneakers and I just couldn’t help but noticing his calf development. They just looked superhuman or something. I don’t normally focus on any specific athlete backstage, much less a muscle group, but I definitely wanted to leave the show & go do donkey raises after seeing that guy!. I’ve been covering bodybuilding for over a decade and having met all the big stars, I can assert that I’m not easily floored. When I saw this guy walk by, he looked like a giant. I was taller, but he was just solid. I also remember him being very humble, but with a commanding presence (if that makes sense). I remember he was seated in a small, curtained area backstage, away from everyone, accompanied by Matt and a small group. He was waiting for his cue to go up and guest pose, but if anyone wanted to say hello to him or pick his brain, he made sure to be accessible. When he took the stage, he brought the house down at the NPC Kentucky Open. I don’t think a single person stayed quiet and very, very few stayed in their seats. You woulda thought Jay Cutler or Phil Heath was posing, but to the audience he was the biggest thing since sliced bread! The fans just went bonkers – as I’d see them go again for him, just five weeks ago in Fort Lauderdale.

Earlier this year, as Dallas prepped for the Arnold Classic, he posed for Jim Manion and was critiqued by Shawn Ray. There was a great deal of fallout as a result and I found myself siding with Ray, simply because I thought his (physique) assessments were more or less correct. Very few people opted to side with Shawn publicly, so when I did, certain websites made a point of reminding their viewers/listeners of it.

When the Arnold rolled around, I hung with my good friend, Dave Liberman for much of Thursday night. To be honest, I was really hoping not to run into Dallas. I didn’t know what his reaction would be. I never spoke ill of him, but I had sided with Ray, who may have taken a harsher stance as the feud escalated. Dave, however, went to speak to Dallas, who would be guest posing at his upcoming 2017 NPC Natural Northern USA. As soon as we saw him, he was totally cool, and chatted with us. I, of course, didn’t say as much as Dave, but Dallas was totally cool to me. Later, after concluding an interview with my good friends Charles “The Tank” Dixon and prep coach Trey Hodge, Dallas asked if I could take a photo of him & them. I, of course, obliged, and what was interesting about that moment, was that although Dallas was totally mobbed by fans, you could tell he really looked up to Charles. It was totally undeniable – both in how he addressed him, his posture, everything really. Despite being on top of the world, feeling as if he’d win (later taking an impressive runner-up) at the second biggest show in bodybuilding, on that night, Dallas was starstruck by The Tank. He was a very humble guy and was secure enough in himself to not even try to play it down.

Following Ohio, Dallas went on to compete in New Zealand, where he was upset by a very sharp Brandon Curry. Although he took 2nd, Dallas felt as if he had disappointed his fans. Australia was supposed to be the rematch (that never took place). Mutual friends of ours, some even who traveled with him locally, had said he was feeling very ill during that trip. He’d later collapse on stage and have to withdraw from the competition. It was claimed this was the result of a respiratory infection, but I wasn’t convinced. I never totally have been. And my suspicion was also played up and down by big websites – one in particular that interviewed Dallas, mentioned me by name, and questioned him based on my suspicions. Again, I was just doing my job, trying to be objective, and reporting based off what information I had available to me.

As fate would have it, I would cross paths with Dallas one more time. I had decided to cover the 2017 NPC Southern States for my website, StrengthAddicts.com. I was fortunate enough to do so with the exclusive sponsorship of IronMagLabs.com. One of the half-dozen superstar, guest posers of the event, would be Dallas McCarver. Much like when I was hanging with Dave Liberman at the Arnold, I was hoping I’d avoid Dallas at the Southern States. I wasn’t sure if he’d be angry with me or if it would be weird between us. That having been said, I remember talking to Steve Blechman about it on the phone and Steve had said he was going to call him (which he did) and clear the air. Steve cared very much about him and I decided I would make it a point to say hello at the show. Again, like at the Arnold, Dallas was totally cool, took a photo with me, and didn’t say a word about any hard feelings or my reporting. He knew I was just doing my job and he wasn’t going to hold it against me. That’s the kind of guy Dallas McCarver was. I’ve been covering this sport for a respectable amount of time. Guys like Dallas are rare. He’s rare because of his character, but also because of his physique. I remember one year in particular. I had seen him at the Kentucky Derby Festival, where he looked absolutely huge. I couldn’t get over how gigantic he was. It’s one thing to be huge, wearing a several layers of clothing, and probably being fat & bloated underneath, but this guy looked solid as steel. Then just 2-3 months later (or so), I saw him at the NPC Kentucky Open, where he looked like a space alien!! It was like looking at a cartoon character or something!! I have never seen someone make the kinds of gains Dallas made in such a short amount of time. I remember doing a double take because subconsciously I think my brain waves were going haywire. For a split second, I thought it was someone else, someone who face-wise had a striking resemblance to McCarver, but who just couldn’t be the same guy I just saw a few months ago.

There’s people, largely haters and largely people who aren’t part of this sport, who will say it was all supplements. Others will dismiss any semblance of hard work, opting to credit it all to genetics. I’m not going to sit here and act as if Dallas and I were close. We weren’t. I didn’t know him outside bodybuilding and even through the sport, most hardcore fans probably had way more direct interaction with him than I ever did, but I can tell you that I knew him through stories and accounts of people I am close to & through some limited conversations. I knew of his many achievements, his old school work ethic, and from what I saw in person, I can tell you that he worked for absolutely everything he got. I have never heard of one single person that said the guy was lazy, an underachiever, or just happy with mediocrity. Supplement companies fought over him, promoters all over the country and around the world wanted him on their stages, and it was all but certain that one day, in the not so distant future, Dallas would win a Sandow. Big Country was the true embodiment of a People’s Champion and he’s someone who the fans won’t be forgetting any time soon. Unlike guys from the 70’s & 80’s with minimal videos and/or articles featuring them, there’s a wealth of multimedia featuring Dallas. I have no doubt that his fans will share his content for decades to come. I have no doubt that a show will eventually be named in his honor and/or that magazines will run covers with his name & likeness. This is a man who lived for bodybuilding. Even with competition done for him in 2017, he didn’t disappear for months of R&R, he was busy trying to do everything possible for his supplement company, honor all his guest posing commitments, and even hosting a fellow pro bodybuilder, doing whatever he could to help him get ready for the Mr. Olympia. Just yesterday, Aaron Singerman was telling Dave Palumbo on Live With, how Dallas was totally agreeable to doing a Bros vs Pros alongside fellow IFBB Pro Bodybuilder, Akim Williams. Dallas was all about bodybuilding.

The sport has lost a great hero. From the looks of social media and the bodybuilding press, I’m proud to say that everyone has gone out of their way to do right by this great, hard working, young man. Even the mainstream media, for the most part, has been respectful. I know people want details, but even if I had them, I wouldn’t include them here. What’s important is that we honor this great person, keep his memory alive, and move forward as he’d want us to.