Why Do Bodybuilders Get the Cold Shoulder from Society? 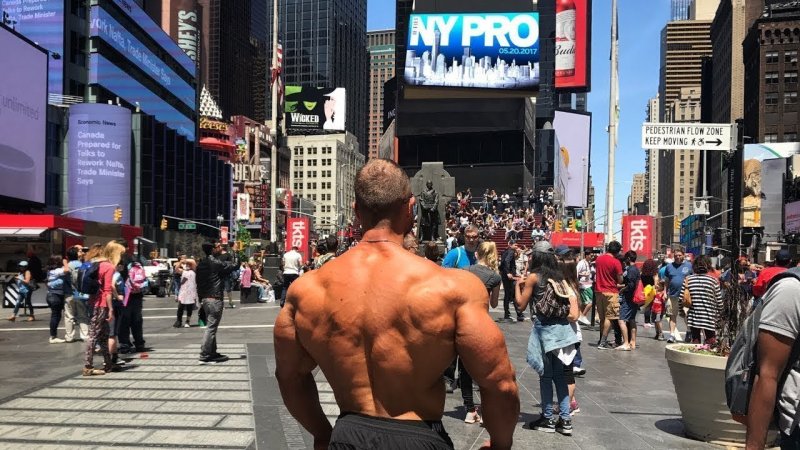 We live in a society where the way you look labels you. If you walk around in a suit all day, you must be someone important, smart, and have lots of money. If you walk around in gym clothes all day you must be some sort of personal trainer or someone in a health field, or possibly someone who doesn’t have a job. If you wear scrubs you’re clearly in the medical field. But what if you wear muscles? Well, you must be a meathead, dumb, inject steroids, spend your entire day in the gym, and look at yourself in the mirror constantly. Where did this stereotype come from?

Back in the day, muscular men were part of the circus and put in movies where they were portrayed as monsters or freaks. Their musculature intimidated the characters in a film as if they were Godzilla. Lou Ferrigno played the Hulk and smashed through walls and had feats of strength. Arnold played Conan and was fearless.

What roles do muscular men play today in movies and on television? Dumb jocks or goofballs. WTF? I mean really… You now have superheroes being played by guys who don’t even look like they’ve lift a day in their lives. What gives? Just because someone has muscles doesn’t mean he’s lacking intelligence. You mean to tell me that there were no muscular men who could play a superhero role? Get outta here! The Rock isn’t the only guy who can make the big screen with muscles these days.

I want everyone to think about something for moment. We have women getting Botox, boob-jobs, butt-implants, liposuction from head to toe, lip injections, and everything else under the sun, yet bodybuilders are considered conceited? Anyone find that humorous? Yet, women do these things as to appear more beautiful. Well, beauty is in the eye of the beholder, and just because someone doesn’t like muscles, doesn’t mean someone else doesn’t find it attractive and fascinating.

I get it, a dude with boulder shoulders and clearly separated quads isn’t for everyone. But then again neither is a woman who looks like she needs to eat a cheeseburger and disappears when she turns sideways or a girl who went a little too big with the butt implants and looks like she shoved the money from a bank heist down the back of her pants. To each his or her own. But, why does there seem to be such a stereotype with bodybuilders? Muscles aren’t “weird”—we all have them. Some of our muscles just happen to be more developed than other people. That’s not a bad thing.

So, what’s the difference? Mass appeal. Money. Fame. Those who we categorize as “athletes” of today have all of that. NFL, NBA, NHL, MLB, they all have “athletes” that society (mainly women) get googly eyed over. Why? All the reasons I just mentioned. They’re on television. They are famous for being an athlete. They get paid millions of dollars. Look at bodybuilders of today and you can count on one hand the number who MIGHT be making a million dollars or more in a year. Yet, both “athletes” and bodybuilders make the same sacrifices for the love of their sport. There really isn’t a difference between them other than the way society holds athletes who play a sport up on a pedestal.

Walk down any street that a true bodybuilder of today’s era is on and watch how many people stare at him and snap pictures like he’s some sort of circus freak. Then on the next street you see Derek Jeter and everyone wants to take selfies with him and proclaim their love and that they want to have his babies. It’s quite hilarious when you think about it.

Body shaming – only for the overweight and obese population?

America wants to tear down body shaming, yet they play by a different set of rules when it comes to bodybuilders. Both bodybuilders and the obese know what they are doing to their bodies. It just so happens that one’s size has to do with paying attention to their nutrition, while the other eats whatever they want. Both can be 300 pounds, yet one is healthy and the other has one foot in the grave. There’s a double-standard being put in place with regards to these two groups of individuals.

Historically, look at those who are in powerful positions such as President’s, congressmen, politicians, CEOs, etc. Fat, thin, short, tall, pretty, ugly, and never muscular. Arnold and Jesse Ventura are the only two people I can think of who were put in powerful positions who actually appeared like they had muscle on them (even though both of them were past their muscular prime).

We need to change the stereotype associated with men and women in our society who carry around and showcase large muscles. While they don’t look like some, they are one of us. And when it comes to their health and fitness, they go above and beyond what 95% of American’s are willing to do. Maybe everyone should be more like bodybuilders if they cared to make their health and fitness a priority and have longevity with their life. But for many, that’s too much work. They’d rather just sit on the couch and watch television all night eating snacks and drinking beer rather than actually do something to make themselves healthy. Just some food for thought…