Why the Fitness and Beauty Industry is Fake AF 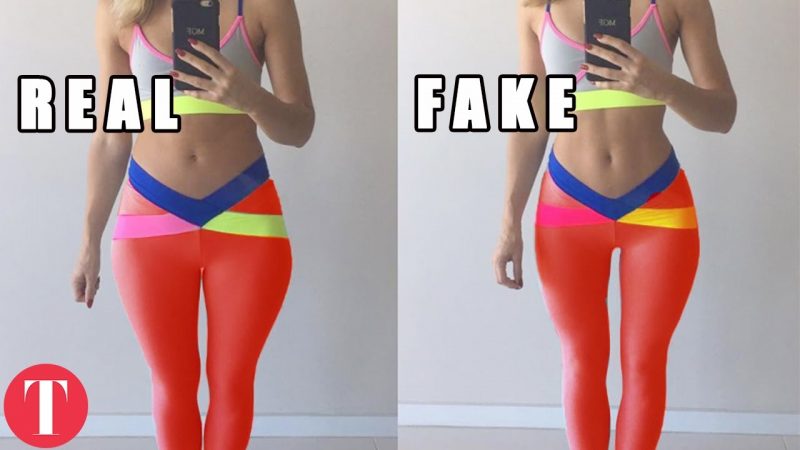 As you can probably tell by the title of this article, I’m mad. Not only am I mad because I wasn’t given the features that many consider attractive (you can’t have it all), but I’m madder about the fact that we are led to believe that people in the fitness and beauty industry are damn near flawless. I’ve been in the fitness industry for well over a decade and have several friends in the beauty industry. We often joke about how our industries these days are basically promoting perfection, yet it’s all a front. Everyone has something to hide, and they do—almost daily.

You’re no Barbie or Ken doll

While some people look like they are built from plastic, majority of the masses walking the streets these days are not models—and that’s perfectly fine. But when everyday people start looking at the fitness and beauty industry, I can understand why they are getting so frustrated.

Look at social media today. Do you see models posting pictures of themselves with a gigantic pimple on their nose? No. Do you see them snapping pictures showing off their cellulite? No. These are all norm traits, my friends. It’s not like you’re some weirdo who goes through these changes with their body that no one else does. We all do. Some more so than others. It’s called reality. What you see coming from the fitness and beauty industry is fake AF. If you aren’t sure what “AF” means, Google it, but make sure prying eyes of children (or your grandmother) aren’t around (profanity).

These people want to look perfect for the camera or in a photo. They even use heavy digital editing such as Photoshop to get the desired look they want. Some even pay top dollar to have all of their images touched up if they cannot do it themselves. I find it hilarious when people talk about celebrities who are seen without makeup on or who take some time away from the gym. “Oh my gosh, Martha, did you see her photo on the internet without makeup? She looked hideous.” Guess what, they’re allowed to have a day off from sitting in a chair having their face plastered with makeup. After all, they generally have it done on a daily basis because they’re in the spotlight all the time and know people would be critical of them if they walk around looking “normal.”

Hey guys, how are those abs looking? Not too good? Don’t worry, we all don’t have the ability to ONLY focus on our fitness and nutrition in order to make a living. Many of the models we see in magazines, television, and on the internet only make money because of their bodies. They take photos in the best lighting, they dehydrate themselves and exercise and diet in excess. They do whatever possible to look their best for their upcoming role, event, or photoshoot. They don’t have a 9-5 job and then find themselves figuring out when they can make it to the gym for a quick workout—they have all day. So, stop being so hard on yourself about the way you look.

Fingers are pointed at personal trainers due to lack of results

It’s normal for personalities on the fitness and beauty industries to have personal trainers who push them to the limits to get their physiques into the best shape possible. Yet, when society thinks a personal trainer can simply transform their own physique into one that resembles one of these personalities they see, that’s when the wheels come off. You’re comparing yourself to someone who’s only focus is to look amazing so they can get work and paid. You and I, we don’t have that luxury. We have jobs or run businesses in order to make ends meet. And honestly, that’s a heck of a lot easier and less taxing than trying to create a physique that resembles a God or Goddess. So, relax a little. You honestly don’t want that lifestyle anyway. Look fade, so be happy you have a brain and a good job that creates some stability. In their world, anyone can come on the scene and steal their spotlight since Father Time is not kind and is difficult to beat.

Don’t blame your personal trainer. Blame the idea that you think you can look like some of these people you see in magazines, on the internet, and on television. It’s not the norm. Look around you. Does everyone look like those individuals? No. In fact, over 60% of our population is considered overweight, while an extremely small percentage make up the individuals you would prefer to look like. Life isn’t always fair, but it could always be far worse. Now, this isn’t to say that you shouldn’t exercise to better your overall health and appearance. There’s a lot of progress that can be made, you just need to set realistic expectations. We aren’t all models, but we can certainly better ourselves and be happy in our own skin.

Their body is their brand

A fitness models body is literally his or her business and brand. It’s what keeps a steady flow of income. In order to grow your business and create more revenue, you need to improve, right? No different with people who live in the fitness and beauty industry. This is THEIR job, THEIR craft. While you’re out there selling (or whatever you do), they’re out there doing whatever it takes to look amazing.

Ever see an actor who was a little overweight and then whipped themselves into shape in no time? Look at Morris Chestnut for example. I wouldn’t say he was fat by any stretch of the imagination, but he got a little complacent with his fitness and nutrition when he wasn’t playing a character who needed to have his shirt off. When he got the call to be in a new movie that would require him to have scenes with his shirt off, he knew he was in trouble and had some major work to get done—and fast. So, what did Morris do? He went out and hired Obi Obadike, an amazing trainer and friend of mine, to work with him and Obi whipped him into shape in no time (this actually sparked the idea of writing a book which just recently came out called The Cut).

If you are in the fitness/bodybuilding industry, you know the tricks of the trade in terms of posing. You know what angles make your waist look tiny and what way to pose to make your upper body look massive or how to out-angle someone in a photo to make yourself look more muscular. It’s all smoke and mirrors for the most part—an illusion. That’s not to say that bodybuilders aren’t in shape or insanely muscular, but there are ways that a guy weighing 175 pounds can look like he’s 225 in a photo.

The bottom line to all of this is that what you see in pictures isn’t truly 100% accurate. There’s a lot of editing going on behind the scenes and much of what you see it is fake. Don’t get discouraged that you see all of these great looking people in magazines, on stage, or on the big screen. It’s their job. It’s what they get paid to do. You on the other hand have a different set of skills that allows you to make good money holding down a 9-5 type of job. And that’s ok. Everyone is different, yet we are all pretty much the same. We all have flaws. Some of us have freckles, birthmarks, love-handles, cellulite, acne, scars, etc. But you know what? So do many of the people you are comparing yourself to. Stop focusing on what you can’t control and spend your time focusing on what you can. Looking like someone else will never be something you can control. And more times than not, if you start trying to change your appearance to look like someone else, you’ll fail and in turn find someone else who appeals to you. So, the cycle repeats.

You’re unique. You can get away with the random zit popping up on your face. You can get away with the cellulite you may have on your legs or butt. It’s ok. It’s all ok. It’s a part of life, and a part of you. Embrace it, but at the same time don’t allow your health to get away from you. Strive to find time to exercise every single day and stay active—keep moving. Make good nutrition choices. Stay away from the fried food and those loaded with unnecessary sugars that pack on the pounds. More importantly, be happy in your own skin. Some of the people in the fitness and beauty industry are the unhappiest people you will ever meet, but they hide it behind a smile (or caked on makeup).