You CAN’T Be a Bodybuilder: But You CAN Look Good 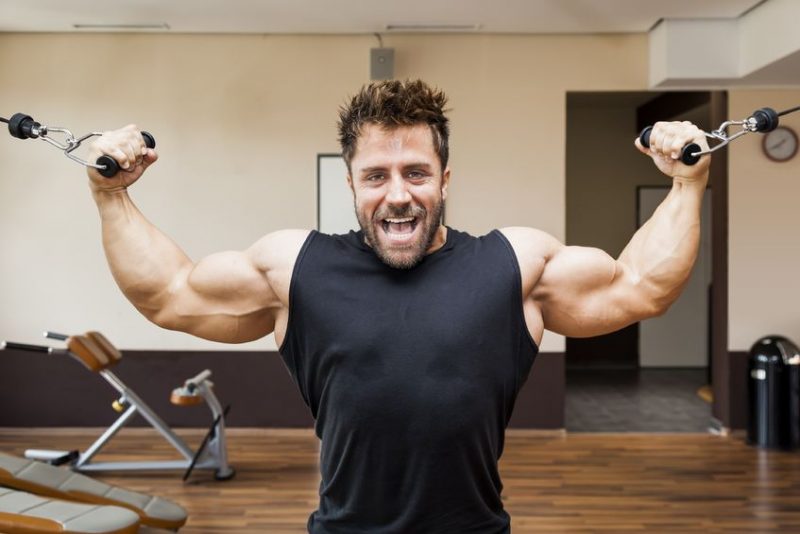 I’m not here to crush anyone’s dreams, but let’s be realistic with a few things. In order to be a professional and compete at such as level in any sport is almost a needle in a haystack. It’s an oddity that not many can accomplish. EVERYONE wants to turn pro in the sport they love. So, let’s go over just a few of the things you should consider when you want to become a professional bodybuilder.

Bodybuilders for the most part are addicted to exercise—or deemed as having an exercise dependence. I have done a lot of research on this topic and have it published in various research journals. To become great at anything, you almost need to become obsessed with it. And as a bodybuilder, you become obsessed with putting on quality muscle mass. Doing so requires you to spend a good amount of time in the gym lifting and breaking down muscle fibers so you can build them back up bigger and stronger. However, this behavior with most bodybuilders is obsessive.

You will find bodybuilders skipping events and closing themselves off from friends and family in order to train. They almost refuse to go a day without venturing into the gym to hit a body part or do cardio. Every single workout and exercise serves a purpose. They are completely committed and dedicated to putting their body through the most insane workout possible. A workout so intense, that most of the population and gym rats could never make it through. There’s a difference between going through the motions during a workout and exerting maximal effort. Many don’t have what it takes mentally to push through the pain in order to make gains.

Rest is an extremely important part of bodybuilding. You need to give your body ample time to recover and rebuild the torn down muscle that you hit in your workouts. Some would consider bodybuilders “lazy” yet they are some of the hardest working and regimented people you’ll probably ever meet—not to mention committed.

Bodybuilders sleep for 7+ hours at night (unless they are waking up to feed somewhere during the night), they take naps, and when they aren’t training they generally lounge around when they aren’t getting their day to day work done. You also must realize that most of the bodybuilders you see on stage today, that’s their job. They don’t work a normal 9-5, bodybuilding is their job.

Without proper rest, a bodybuilder can continue crushing it in the gym and see very little results if they don’t allow the fibers to fully recover before they hit the same muscle group again. Therefore, preserving energy and not expending a bunch of calories is ideal (we’ll talk about the caloric demands next). So, while many people would consider bodybuilders indolent, there’s a method to their madness of why they rest so much.

Over in Kuwait at Oxygen Gym, many of the bodybuilders mention that they eat, train, and lounge around in their rooms all day long—some of them spending all of their free time outside of the gym playing video games or sleeping. It’s the type of lifestyle they need to improve their physiques.

If you want to get big, you need to eat big. And when I say big, I’m talking about one of their meals is the size of 2-3 of our meals. But, don’t get it twisted, they aren’t eating junk. Every single calorie that they put in their body is accounted for and serves a purpose. While in the off-season they may let themselves go a little, majority of them still maintain a clean diet year-round and simply fluctuate their macros to achieve the results they desire (cut or bulk).

Due to every bodybuilder being different and having different types of foods affect them differently, it’s difficult to pinpoint exactly what they eat on a regular basis. Some competitors roll with a high-carb and low-fat diet, while others utilize a high-fat and low-carb diet. Regardless of which they prefer, one thing remains consistent, protein intake is maintained at a high level.

I hate to say it, but many of us will never even come close to looking like a bodybuilder. We are all dealt a certain hand when we were born, genetically speaking, and that’s what we have to work with. Guys like Jay Cutler were born with amazing genetics and large frames even before they started training. Some of us simply weren’t so lucky—myself included.

If you’re a dude sitting around 130-pounds soaking wet, be realistic when it comes to how much size you can put on. You’re not going to ever jump on stage and look like Phil Heath or Ronnie Coleman, it’s just not in the cards for you. That doesn’t mean you should give up or that you can’t create a muscular physique. Just know that naturally your body won’t pack on 100+ pounds of quality muscle.

I don’t like discussing this, but at the same time I’m not going to pretend that it isn’t a large part of the sport. Anabolics are used and sometimes abused by bodybuilders in the industry (both professional and amateur). And to be honest, the amateurs are the ones who seem to be abusing them the most in order to try and pack on enough muscle to win a show that can give them their IFBB pro card. Is this wise? No. Are they potentially damaging their body? Yes.

I’m not going to list all of the drugs being used by competitors these days, there are plenty of other articles out there that explain what is needed. But, just know ahead of time, that if you want to turn pro, there might be some things you need to be willing to do in order to be at the same level with everyone else on stage. I’m not saying it’s right, and I’m not saying it’s wrong. I’m simply saying that it’s a reality in the sport that you need to consider when you figure out how far you want to take your bodybuilding career. Don’t get all excited when your favorite bodybuilder says, “I’m natty bro!” They aren’t. It’s the way it is.

Look at all the things mentioned above, what do they all have in common? They all come with a price. Gym memberships, food, drugs, supplements, trainers, nutritionists, etc. Everything has a price tag. Many amateur competitors hold onto a 9-5 in order to pay for their hobby. Some want to become professionals, others simply compete for fun. Either way, you have fees involved with competing, travel expenses, self-tanning products, and competition trunks.

Wanting to be a professional bodybuilder comes with a lot of sacrifice. A sacrifice that not many are willing to make. The tough pill to swallow with all of this is that unless you are winning shows or placing in the top five, you’re not making any money. Not only that, but even if you are placing in the top five, many times that isn’t even enough money to pay for all of your expenses. Professional bodybuilders are a different breed, and while the above works for them and their lifestyle, for majority it’s not feasible—especially if you have a family you need to support.

If this is your dream, then don’t give up on it. However, be realistic with how far you will be able to take things without much sacrifice and financial backing. I wish everyone could be a bodybuilder, but then again, I wish we could all be rich too.