Bodybuilding Is an Individual Sport – So Are Bodybuilders Introverts? 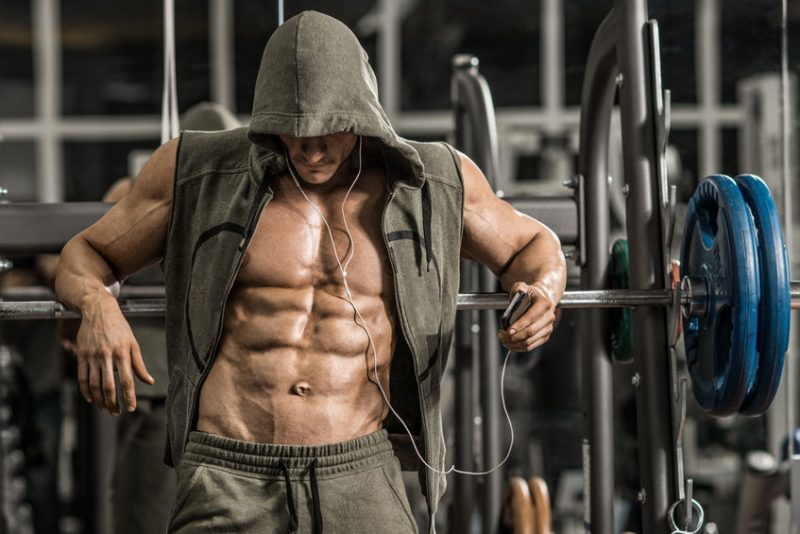 When you look at sports we watch on television, the majority of them are TEAM sports. We have things like baseball, football, basketball, hockey, soccer, and lacrosse to name a few. Sure, we have golf, tennis, and bowling on television that are individual sports, but more are team sports. With that being said, when you go to the gym, it’s not a team effort. It’s you against the weight. Some may argue that if you have a training partner or trainer that it’s a joint effort, but it’s truly only the individual working towards his or her own end goal with a support system similar to fans cheering from the stands. So, it raises the question if bodybuilders are introverts? How did all of this possibly come about for some bodybuilding competitors? Let’s take a look under the hood for some plausible reasons.

Personal Reasons Put Them in the Gym

While not the case for every situation, some bodybuilders found early in life that they simply didn’t fit in. They weren’t the athletic type to play basketball or football with friends. They weren’t the funny guy of the group making everyone laugh. They were simply there in the moment and nothing more – kind of an introvert of the sort without knowing what that was at the time. This isn’t taking a shot at anyone who’s like this, everyone is different and acts differently when around groups and when alone.

For those who felt as if they didn’t truly fit in or maybe they were bullied at one point for being smaller than everyone else around them, they eventually found their way to the gym and began falling in love with the weights and the results they are getting from the work they put in. This was almost a gateway drug for many of them to eventually dip their toes into bodybuilding and competition.

Whether they felt they were an “outcast” of the sort, extremely shy, or they weren’t the athletic type, they’ve found a way to be competitive in a different way with the you vs you mentality that we all face when we go to the gym. Some people enjoy the environment of the gym where they are surrounded by friends and like-minded people. And then there are bodybuilders who put on their headphones, flip their hoodie up over their head and get to work. They aren’t there to talk… they’re there to crush their personal bests.

Prepping for the Stage

Bodybuilders tend to seclude themselves from society when in prep mode (even some the entire year). That isn’t a bad thing and for many, it’s a good way for them to not become distracted or allow temptation to break their will. Some competitors will basically lock themselves in their homes if they aren’t leaving their house to strictly hit their workouts and then come right back.

Heck, some won’t even do their own grocery shopping because of the temptation with all of the “off-limit” foods. They forgo any meals out and stick to strictly their prepped meals. They might even go to the extreme of skipping friends and family events due to their training schedule, sleep schedule, or the fact that they don’t want any temptation or distractions during their prep. And it’s their right to do this.

But, these tendencies do seem to fall under the introvert umbrella. They are segregating themselves from everyone else and are alone unless they have a significant other or are still living at home with their parents. Life revolves around eating, sleeping, and training. Nothing more… nothing less. And heck, it’s their life. They have every right to do this. It’s made many bodybuilders a lot of money.

Many competitors who are sponsored sign contracts that allow them to go into hibernation come prep. Whether it be 12 weeks out, 16 weeks out, whatever the timeline, they shut it down and stop doing appearances, stop doing expos and events, and place the blinders over their face so they can only see the end goal of stepping on stage and bringing the best package to the show. For many, it’s their livelihood.

In bodybuilding, there is no blame game. You can’t look at your teammates and say, “Damn Jimmy, if you wouldn’t have dropped that pass we would have won.” In bodybuilding, it’s an individual effort. You personally either take the win or the L. If you didn’t give yourself enough time during prep, or you cheated on your diet, or you were skipping cardio sessions, or you were sandbagging during your workouts, whatever the case may be, it falls on your shoulders. You can feel the triumph or the defeat.

So, looking back on some of the stuff mentioned above, I’d love to see a study done on different athletes – bodybuilders, football players, baseball players, etc. I’d like some sort of personality test to be done as well as all the athlete to answer the question for themselves. Are you an introvert or an extrovert? And then answer these questions that will be analyzed. Everything will be anonymous and no actual names will be used in any part of the study.

I’m not looking for anything to point the finger at here, I just think it would be interesting to see if there are personality differences between athletes in various sports and if athletes that are extroverts tend to play team sports where athletes who are more introverts tend to play individual sports (regardless of their skill or ability).

Do the personalities of bodybuilders and golfers align more than say bodybuilders and basketball players? Maybe from such a study, we would be able to better understand why some people are in a sense “standoffish” when it comes to group settings and that we could lead them to the gym if they were looking for a personal and individual challenge.

The iron has helped many people through some very rough times. If the weights can keep people from feeling like they just want to be alone and give them a platform to succeed, I feel like it would be wise to help introduce more people to the gym earlier in life.

What say you? Are you an introvert or an extrovert? Do you play team sports or an individual sport? What are your thoughts on the topic? Do you agree or disagree with my thought process? Let me know!