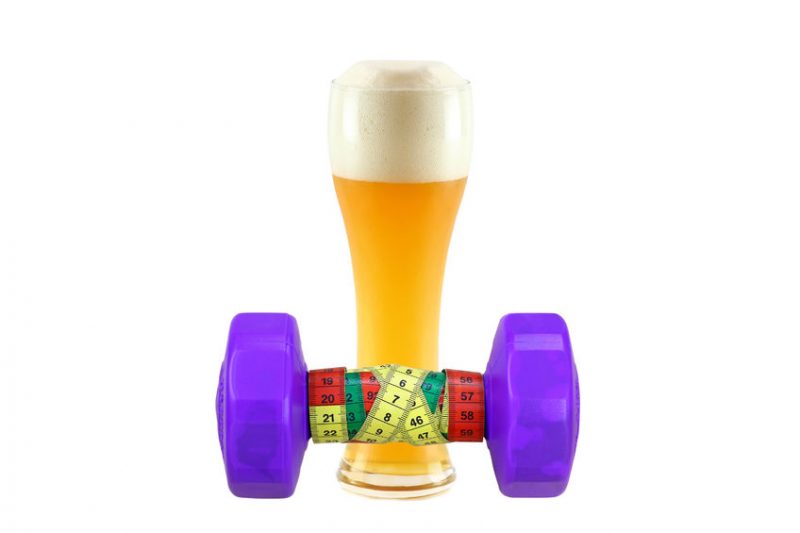 There are two worlds – the world we want to live in and the world we do live in. Bodybuilders often times like to portray themselves as leading strict lifestyles, with disciplined meals, training, and rest. If we were to believe everything we were allowed to see and everything we were given to read, we’d surmise that most bodybuilders live like monks, but that’s simply not in line with reality. Bodybuilders love to party, some more than others. In the 90’s in particular, we all heard the stories, but that’s not a forgone era. Bodybuilders still go out clubbing, still like to drink, and many like to get trashed. I’m not going to say this is an every night type of thing or that it happens rarely, because each person is different, but most people opt for the effects of alcohol with the least hindrance to their physiques. Some drink for good times, others drink for a release, others drink because they have no choice in the matter.

If you’re at Iron Magazine, chances are you’re no stranger to bodybuilding and training. We all know about the three macro nutrients and what effect they have on the body. The best diets are those who strike a sensible balance; however, carbs, are often seen with more apprehension because of their effects on blood sugar, insulin release, and weight gain. Insulin is associated with fat for the simple reason that most obese people consume diets high in simple sugars, high fats, and couple that with sedentary lifestyles. Alcoholic beverages that are high in sugar are often disfavored for the simple fact that alcohol is often consumed on its own, sometimes even on an empty stomach. Although getting drunk may not be on everyone’s To Do List, for those who seek that end, drinking on an empty stomach may be another common reality. Simple sugars alone may result in fat gain and worse yet, muscle deterioration.

This is why we often hear that not all types of alcohol are created equally. Beer for example is very high in carbs, at an average of about 13g per serving. Just three beers is enough to kick someone out of ketosis, and by the way, who gets trashed on three beers?!?! Additionally, beer is very high in yeast, contributing to a very unpleasant bloated effect for days to come. Nonetheless, beer is the beverage most drinking-age college students partake in. It’s inexpensive, readily available, and widely marketed. Whether you’re watching NASCAR, football, or even golf, chances are you’ll come across beer ads. In the years since tobacco ads went the way of the dinosaurs, beer ads have filled the void.

Some breweries have tried reducing their carb count, with some beers going after the low carb market and some even breaking the 100 calorie per serving threshold, while still providing 12 ounces. Sadly, beer will always be made of grains, it will always have yeast, and it will never be able to be zero carbs – at least not any way I can imagine. Leave it to science though, maybe one day there will be such a thing, but for the foreseeable future, no. Beer is also not favored because of its unmistakable diuretic effect and the fact that so much more of it (than liquor) must be consumed for the desired effect.

If carbs is all we’re talking about, there are some liquor choices that are totally carb-free. Some liquors have also sought out the fitness market. Whether or not any alcoholic beverage is fitness-friendly is entirely arbitrary’ however, many fitness-minded people want to have fun. What is known as hard liquor has less carbs and tends to be more favored by social elites. For example, those in the corporate world would more than likely opt for a martini than for a can of beer. It also looks better in photos, particularly on IG. To A TON of people in the fitness industry, being IG Famous is as important as seeing your first-born go to college!! Everybody want to feel the IG LOVE!!

If someone is dressed to impress, sipping on some good wine or a mixed drink, maybe with an expensive cigar in hand – they look dapper, they look like they might own a business and/or have their stockbroker on speed dial. A guy holding a can of Milwaukee’s Best, looks like someone living under a bridge.

I, personally, will always prefer a beer, but I’m not exactly the GQ of media, either. If you want to look the part of the successful businessman, there are certain props that fit the part, and beer is not one of them. That having been said, rebels will be rebels.

There’s another aspect to drinking which needs to be included here; a side that’s not so humorous. There’s the social drinker, the physique-conscious drinker, and then there’s the alcoholic.. Some people really don’t have a choice in the matter. Some will argue that addiction isn’t a disease, rather a condition, but I think that’s just semantics. The truth of the matter is, alcohol is addictive and because it’s legal, it can be very difficult to walk away from. There’s liquor ads everywhere and drinking isn’t only socially acceptable, it’s practically pushed upon people in a variety of job sectors. In fact, if you don’t drink, that might actually get you ostracized.

You’d think that fitness would be the one place where not drinking, not smoking, and not doing recreational drugs would be the cool thing to do. In some cases, it might be. There’s certainly plenty of straightedge people involved with the sport, but there’s also an undeniable party element. Competitors, in particular, have a lot more on their plates than most people. Many of them have demanding jobs, family obligations, and adding a grueling contest prep to that equation be chaotic.

A lot of times people just want a release, and as you probably guessed it, they’ll reach for the bottle. After a while, the drive to compete wanes, the competitor’s physique changes, and invariably, the fitness ends and the real problems emerge.

I know most people figured this would be a feel good article about how great getting wasted is, but quite the contrary. Fitness should be all about improving your health and leading a happier lifestyle. Drinking responsibly is fine, but it’s key that it not take over your life. If you are going to drink, there are less-harmful choices for your prep, but in the end, alcohol won’t build muscle, it won’t give you a better quality of life, and it can be very dangerous in the wrong hands. People with obsessive personalities should probably take a pass.

I hope you enjoyed reading this article and look forward to your comments – whether here at Iron Magazine or wherever you may read this article. Thanks for reading.