Can Phil Heath Take Back His Olympia Title in 2019? 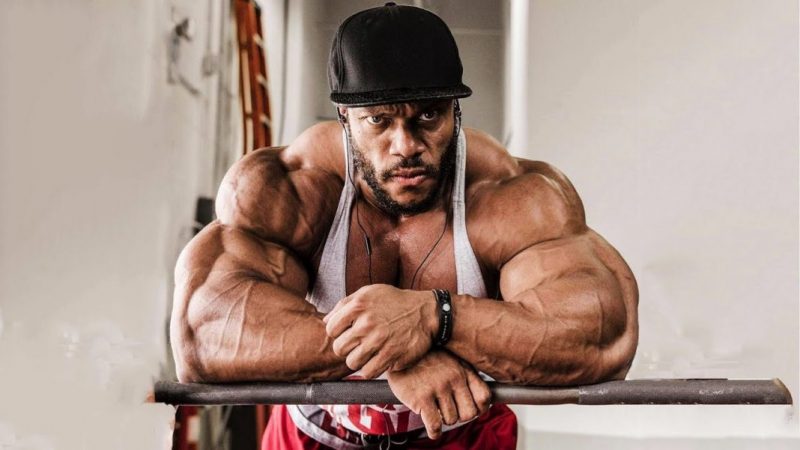 Some people might be looking at this article and be saying “too soon.” Others might be thinking the same exact thing(s) I am. But regardless, this year we witnessed history – only, not the history we were all expecting. At the 2018 Mr. Olympia contest, we were expecting to watch Phil Heath take home his eighth Sandow trophy, only to be stunned when Shawn Rhoden walked on stage and shocked the world. Can Shawn keep the train moving down the tracks or will Phil Heath come back in 2019 and show the competition that he’s chasing the record?

Looking at Phil during pre-judging and the night show, it almost seemed as if something was off this year. In the off-season was Phil more relaxed in this training and prep? Starting with the press conference, in my opinion, Phil just didn’t seem like the Phil Heath from years prior. It was almost as if he didn’t want to be there. He kept saying “talk is cheap” but there was really no fire in his belly to silence the noise coming from the competition.

Then all of a sudden when Rhoden started pushing him on stage, he came to life as if to think the win is no longer a walk in the park. But at that point, it might have been too late. Previous years you could say Phil came into the show and simply collected his paycheck and Sandow. No one really pushed him to the limit to the point where he needed to worry about his placing. This year, I just didn’t see that same confidence from Phil.

Over the last several years, you could say that Phil did not come into the show in his best conditioning. Yet, even when he was off, it was still good enough to take home the win. Last year (in 2017), Phil had a double hernia and his stomach was quite honestly a mess, yet he still took home the win. This year, however, Phil still had a loose midsection and it could have been the deciding factor that cost him his 2nd place finish. Because from the back, it was difficult to have Rhoden ahead in any of those poses. Rhoden simply does not have the three-dimensional look from the back that Phil has with all of his mass.

When you are Mr. O for seven years in a row, I can understand that you walk around with a little more confidence than you would if you were going for your first title. But, Phil Health should have known better than to become lackadaisical on stage, especially knowing his midsection really can’t compete with many others on the stage.

2018 I didn’t feel like Phil brought the conditioning we expected to see from a seven-time Mr. Olympia. He looked tired. He looked out of breath. He didn’t look like he was physically ready to be on stage. Between poses Phil let his midsection go and you could see him struggling to get air into his lungs. He was huffing and puffing and looked extremely uncomfortable – almost like someone would during their first bodybuilding competition when they are just trying to figure everything out.

I understand that everyone can get winded on stage, after all, the competitors are at their weakest point when on stage and are completely depleted. But, this is nothing new to Phil – which surprised me. Between poses, he would put his hands on his hips in an effort to suck in any air he could. He relaxed his stomach and his abdominals would immediately disappear. Which his abdominals, themselves, this year were not on point as is. In my opinion, everyone who made the top five had a better midsection than Phil.

Looking at Phil on stage almost made you wonder if something was wrong with his prep or his health. During the Saturday night show, Phil was holding onto water and as the show went on, you could see it coming through to the surface of the skin and caused an extreme shine to his upper body (especially around his chest). All the other competitors he was standing next to were dry to the bone which made Phil Heath stand out and have some people scratching their heads.

Can Phil regroup and come back in 2019 to recapture his title?

What Should We Expect In 2019 from Phil Heath?

As we have seen year after year, it’s extremely difficult to dethrone the Mr. Olympia champ. In all the years, there have only been 14 different winners. Personally, I love the look Shawn Rhoden brings to the stage and if he can bring that same look to the stage in 2019, it’s going to be damn near impossible for anyone to knock him out from taking home his second Sandow.

I am never one to bet against Phil Heath. He himself even tells people that betting against him is never a good idea – you’ll go broke. And I’d tend to agree with him (that is until this year). We haven’t really seen Phil hit his peak the last few years which has me worried that we may never see Phil with his eighth Olympia title. He’s by no means “old” and we have seen what guys like Dexter Jackson can do year after year while no longer being a spring chicken.

In order for Phil to take back what he believes is his, this needs to be the most productive off-season he will ever go through. He needs to bring back his conditioning. He needs to bring back his abs (which I hope after his surgery from 2017 can be accomplished). He needs to come into the show in shape and not look gassed. He needs to come into pre-judging and the night show drier and not be holding onto those last bits of water. It may look like I’m being critical of Phil, yet Phil knows all of these things. He’s a champion and looking back and watching the video I’m sure he sees the same things I’m describing.

I’d like to see Phil come back better than ever and regain his title and take home number eight. But with the line-up getting better and better each year, I sense that Phil’s window of opportunity to remain on top of the bodybuilding world is closing little by little. Phil has nothing left to prove, but damn, number eight would certainly be nice to see.

Am I Being Too Critical?

It’s going to appear that I’m “hating” on Phil or that I’m being “hyper-critical” yet the fact of the matter is, when you’re seven-time Mr. Olympia, the eyeballs and spotlight will be on you all the time. You will be compared against everyone in the line-up and those eyeballs will follow you around the entire stage.

Look, I personally know Phil. I’ve hung out with him many times when he was an athlete with the supplement company I worked for. I like Phil as a person and a human being. I would hope that from the times I have spent with him, that he sees my critique coming from a good place and not a place of hate. I want to see him win again and take back his title. Heck, I want to see him win 10 titles before he retires and hangs up his posing trunks.

I’m sure Phil and trainer, Hany Rambod, have already started planning what’s next and how to get Phil back to where he needs to be in order to compete and regain his title. Only time will tell. But one thing is for sure, 2019 is going to be one heck of a show when it rolls back around.