Cardio is Required, But Dreading It, Is Not! 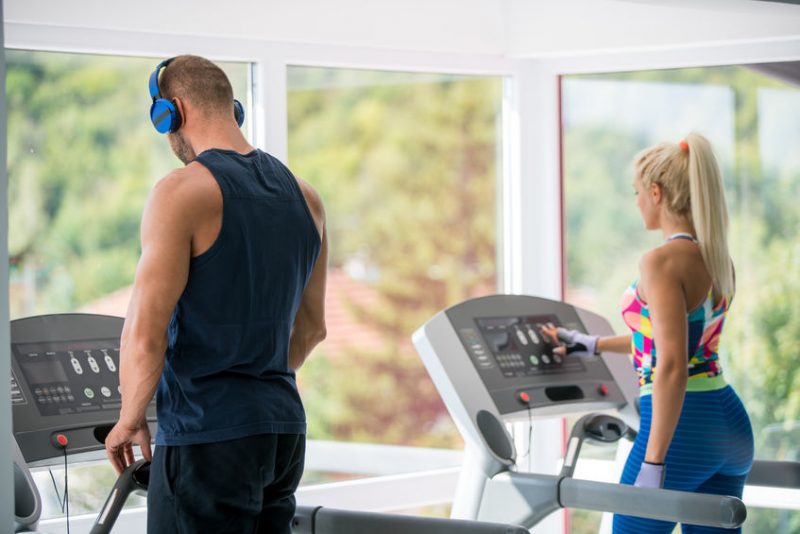 There was a time, seemingly long ago, when cardio had very little to do with bodybuilding. The bodybuilding legend of the 60’s and 70’s, certainly had little to no use for it. In fact, even in Pumping Iron, the exercise was hardly visible. We know that in movies, documentaries, and even written articles, we all want to show off exactly how things should be done, even if it’s not how they’re really done. That having been said, no one thought cardio had a place in the sport and they certainly weren’t going to pretend as such, either. In the old days, it was all about eating to grow, eating to gain strength, and then manipulating macros and water intake, in order to look one’s best on stage or for photo shoots. As the sport evolved – whether you want to call that progress or not – the condition of the athlete became more and more important.

There were and are ways to expel water through supplements, but supplements alone wouldn’t do the trick. And that’s because it wasn’t just water that the cardio addresses, but fat as well. By the 1980’s cardio became more of an issue. In the 1990’s many guys were on bikes, treadmills, and running on the beach. As of the turn of the century/millennia, everyone understand the value of doing various types of cardio, including/employing various theories like High Intensity and Volume, mixing up machines, and trying fasted cardio whenever the body hit plateaus. The fitness industry has responded by offering higher quality, industrial grade machines, which can stand the test of time. Everyone from bikini competitors to the biggest bodybuilders, they’re all on cardio, but does the process have to be a grueling one? Therein lies the challenge and the basis of this article. We know cardio is something we have to do, the question is, is there a way to do it without dreading it?

The best cardio is that which is done outside, in nature, seeing people and making social interactions. At least, this has always been my thinking. If you can run along a river, up mountains, or even through streets and thoroughfares where you can see real life, real people, and nature, then that’s a great way to get your steps in. Nowadays, apps for your phone and/or watch, can give you an idea of how more or less how many calories you’ve burned; they can more or less measure your heart rate, and they can give you an idea of how much distance has been covered. If you live in a place where snow and sleet aren’t an issue, you could probably run like this year-round. The only con to running outside, is that you can’t manipulate incline. Incline is key because it raises the tension, allows for greater caloric burn, and may also help you with lagging body parts. Additionally, you may think you’re able to manipulate the speed with which your run, but you’d be foolish to think you could monitor that as effectively as using cardio equipment. The reality is, walking and/or running outside, is a great way to get in shape, it’s a great way to stay in shape, but it’s nowhere near as effective as cardio machines for individuals on contest prep.

One of the best things you can do when doing cardio, is doing it at an empty gym. You don’t have to feel like your breathing someone else’s air, you don’t have to worry about bad odors, and you also don’t have to worry about noise. A lot of people are doing their cardio, either early in the morning or late at night. Some have opted to get machines for their homes, but given the huge price tag on industrial equipment and the fact these machines may break down often, is a bad business move. The best gyms have a huge cardio section, where these machines are kept very clean, in perfect working order, and accessible by all. If you choose to go during peak hours, you may find yourself waiting long periods of time to get on the treadmill, elliptical, or stair masters. Moreover, you may find that if you go during peak hours, you may have people nagging you to see when you’ll be done. A big part of why cardio is so dreadful for some, is the aforementioned stress.

Stress also manifests itself through boredom. If you know you have to spend 30 minutes to an hour doing cardio, each and most days, then plan for it. I have always found that creating a good playlist helps. Another great option are podcasts. There’s a wide range of podcasts, eBooks, and songs available to you through Spotify, Sound Cloud, and even YouTube. I have never liked talking to people while doing cardio and while many people like to watch tv, I’ve always found that to be a rather dull way to spend the time. What works the best for me, is a variety of different audio options, closing my eyes, and literally forgetting I’m there. I think those who make cardio a sort of meditation like period, will benefit the most. Just think about it.

You’re fully awake, you’re exercising, and you have a block of time where you know where you have to be. If you walk slower or if you walk faster, it doesn’t matter, because this is where you have to be for the block. Once you come to grips with that reality, then you can free your mind of anything else you have to do during that time. That buys you a lot of mental flexibility. For some, this could be a time to reflect on the day, think about happy thoughts, or simply give the mind a break, listening to something enjoyable, and maybe having a few laughs.

Now I know what you’re thinking. How would it look if someone you knew walked by and saw you stepping along on a treadmill, your eyes closed, and you laughing your ass off? Well, the answer is, who cares? You’re burning calories, you’re getting in shape, and you’re enjoying your time. If that situation did play out, you might think the person would find it ridiculous, but in all honesty, that person may feel the required inspiration for them to do the same.

If cardio is a time where you’re staring at the time, walking in robotic form, and wishing for the moment you could get of there, then you’re going to dread it. There’s really no other way to look at it. If, however, you use the opportunity to be happy and productive, you may have a new found edge and a new found spin on life. In addition to keeping fat down and being in shape, someone who does plenty of cardio seems to have less stress, may have a renewed sense of purpose, and has a level of agility that’s quite admirable by others. If you can run down the street or maybe run after an attractive coworker to give her her purse that she may have left behind, and then have a normal conversation without huffing and puffing, that’s going to create a very favorable impression. If you could sprint a 200 yards and then carry on a conversation like nothing, that’s going to make her think you’re a stud – no joke!! Women like men who are in shape. You may not have to be a 260lb ripped bodybuilders, but so long as you look like you lift, are in shape, and take care of yourself, this will go a very long way.

Cardio, like lifting, should be done in order to look and feel better. You shouldn’t do it for anyone else; however, we both know that a big part of looking like a champion, is a feeling like one, and the accolades of those around us, certainly help in terms of having a physique that’s looked upon positively by others. We’re all either there – or – in pursuit of that quality of life.