Coca-Cola With Coffee: Stim Beverage Made in Heaven? 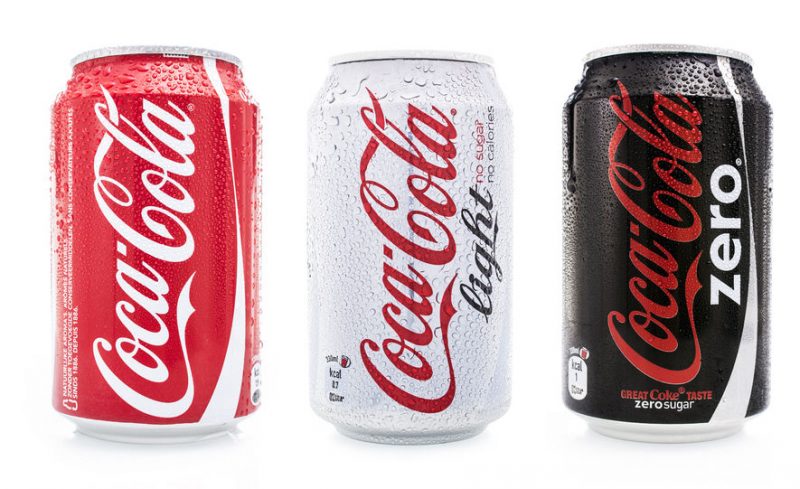 Uniqueness and consumer taste seems to be shifting to alternative flavor profiles. People are getting sick of the same old flavors. While there’s nothing wrong with them, people want more of a variety to choose from. This stems from the supplement industry and every brand having the same old fruit punch, grape, and blue raspberry flavors to even the soft drink market with Coke and Pepsi.

Coke, however, is beginning to think outside of the box and make some real change within the space. As one of the leaders in the soft drink space, Coca-Cola is gaining insight to the behaviors and trends of their consumers and market. In 2017, I wrote about Coke Zero changing their name to Coke Zero Sugar in an attempt to bring back the familiarity with the Coca-Cola heritage and the Coca-Cola Classic look and feel. They also “improved the taste” from what they say.

I don’t drink regular, soda, but I do enjoy Coke Zero, or as they now call is Coke Zero Sugar. Personally, I don’t think it tastes as good as Coke Zero, but it’s all personal preference.

Welcome to the no sugar zone

Everyone is going no sugar these days with their products, which is both good and bad. Shelf stable product that have no sugar are generally higher in fat (and vice versa). So, weighing on which is better for your health can only be determined on if you are following a low fat or low sugar diet.

With that being said, and the transition to more brands going no sugar, Coca-Cola decided to take things one step further and innovate through new flavors. I like the idea and direction they are going, and if you’ve been to a fast food restaurant lately, you’d notice many of the old soda dispensers are now a fancy standup machine that allows you to make your own cocktail of flavors. Anything from a soda with lime, or lemon, or cherry, or black cherry, etc. Sure, this is appealing to most while some don’t care at all if they don’t drink soda (or even eat at such places).

But, Coca-Cola has been trying something new over in Japan and Australia that I personally love. American’s can’t seem to get enough caffeine (from coffee) in the morning, so it was only fitting that Coca-Cola make a Coke with coffee product.

If you indulge yourself in something like a Coke Zero Sugar on occasion, and you enjoy coffee, this is a match made in heaven. It has the taste of Coke Zero Sugar only with a slight hint of coffee flavor and coffee aroma with each sip. The coffee is from Brazil, so they didn’t skimp and actually put in a quality bean that will enhance the flavor. Caffeine content isn’t mind blowing, as they mentioned the overall content is lower than a regular latte or flat white. Yet, the coffee does give the original caffeine content in their beverages a slight boost for those who love their stimulants.

Last year, Coca-Cola did something similar where they combined their Coke with ginger to take advantage of the ginger beer craze over in Australia. So, it appears that Coca-Cola is diving deep into insights and following trends that they could capitalize on.

A Coke spokesperson stated that, “It’s a fresh take on the delicious taste of Coca-Cola, but with the unmistakable aroma of real coffee, subtle caramel undertones and no sugar!”

This is a limited release flavor, though, so it won’t be around much longer. A question I’d ask would be, why not test the US market? Coca-Cola clearly knows that their soft drinks sell well across the nation and that coffee is the most widely purchased morning beverage. Combining the two and testing in the United States only makes sense to me (but I’m not their strategist).

Did they skip testing in the US due to the sugar tax?

Coca-Cola has been very vocal on how the sugar tax in some cities across the US has hurt their sales and stated their displeasure. The US could very well have been snubbed as testers because of this very tax. Maybe Coca-Cola is trying to make a statement to the government that if they aren’t going to support their business, then they will take their business elsewhere? From a business standpoint, I can’t blame them.

Philadelphia convenience stores, grocery stores, gas stations, and markets have all confirmed that their sales on anything with sugar or a sugar substitute have dropped. Will this tax remain in effect long-term? Who knows? Coca-Cola along with many other brands are trying to fight this tax and get it removed.

So, will Coke Zero Sugar with Coffee ever make its way to the United States? I sure hope so, but I’m not holding my breath.