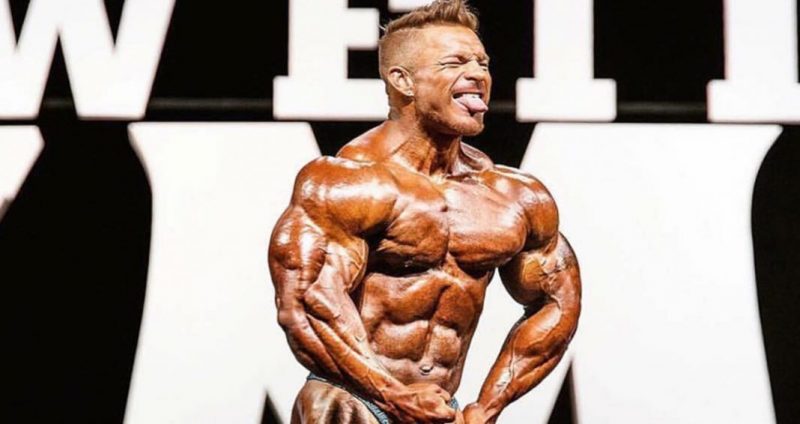 It’s difficult to hear that this year might be Flex Lewis’ last year competing in 212. Now, he didn’t completely give insight into what’s next, but many are saying retirement isn’t in the picture. This could really only mean one thing – Flex is looking to make the move into the open division.

Opinions have been tossed around in the industry with these rumors, yet it seems the mass monster from Wales is just sitting there with a smirk on his face. This year Flex is going for his 7th consecutive 212 Olympia title. That’s one heck of an accolade hanging over his head. But, maybe, just maybe, Flex is getting the itch to see what else he can bring to the sport by allowing his body to continue to grow?

Each year Flex Lewis has to diet down to meet the requirements of the 212 division to walk on stage and maintain his crown. Yet, that process isn’t exactly simple when you are as big and freaky as Flex is. While only 5’ 5”, Lewis in the off-season gets to around 240 pounds. His body wants to grow, but Flex needs to pull back on the reigns just to be able to diet down enough to weigh 212 or less. Not exactly easy.

Flex’s potential in 212 is tapped out. There’s nothing left in the division that he feels he has to prove. I mean, let’s face it, no one has taken his crown in six years. Not only that, but the more size he puts on, the harder it will be for him to get down to 212 just to compete and hold onto his title.

He could be getting tired of the 212 division too. He’s been having his hand raised each year in Vegas and while a win is a win, there’s gotta be more you would think. Maybe it’s a financial thing? We all know there is a drastic difference in how much the various divisions make when compared to the open division. And it does make sense as the open bodybuilders are the main attraction. Nonetheless, Flex could see dollar signs and that could be a contributing factor to the potential move.

Don’t Listen to the Noise

Flex is not one to hold back and stay quiet when he is challenged, yet, that’s exactly what he has been doing when open competitors are voicing their opinions that Flex can’t hang with the open crew. In my opinion, he might not be competition to the top 5 open bodybuilders at the Olympia, but everyone else better be worried and willing to push their bodies to the limit to keep Flex from stomping on them.

I think if Flex can have a solid off-season following this year’s Olympia, he could do some serious damage in the open. I’m sure there are others who would disagree, and that would make for a great conversation, but outside of the top 5, I’m not really impressed with anyone else’s physique.

With the physique that Flex has currently, I think he could place within the top 10 at the current Mr. Olympia competition. Give him a productive off-season where he can work his way into the upper 200’s and he could be a true threat to many of the open competitors at any competition.

I’m going to play somewhat of a devil’s advocate here. There are a few competitors who could give Flex a run for his money at this years Olympia. I highly doubt anyone will beat Flex, but if they do, then what?

I have a hard time believing anyone will beat Flex this year. He’s the reigning champ, no one has stopped him in six years (even though a few were close), but at the same time, anything can happen. Flex could be focusing stressing so much on the fact that it’s his final 212 Olympia that his body holds water, or he could come in flat, whatever the case may be – it could happen and he could lose.

Should that happen, I can’t see Flex riding off into the 212 sunset without being on top of the sport and division. I can only assume, but I believe he would come back another year to regain his title and THEN ride off into the sunset.

While only 34 currently, Flex has his hands in a few businesses currently. Maybe he sticks it out on the stage for a few more years before hanging up his posing trunks? But at the end of the day, it’s not like we won’t be seeing or hearing from Flex after his competitions days have come to an end.

All in all, I’m a huge fan of Flex Lewis. I hope he gets his seventh title, moves into the open and dominates. At this stage, the 212 is kind of holding back his true growth potential. Only time will tell what happens, but I, for one, will definitely be paying close attention.