Derek Lunsford Will Win Big in 2018 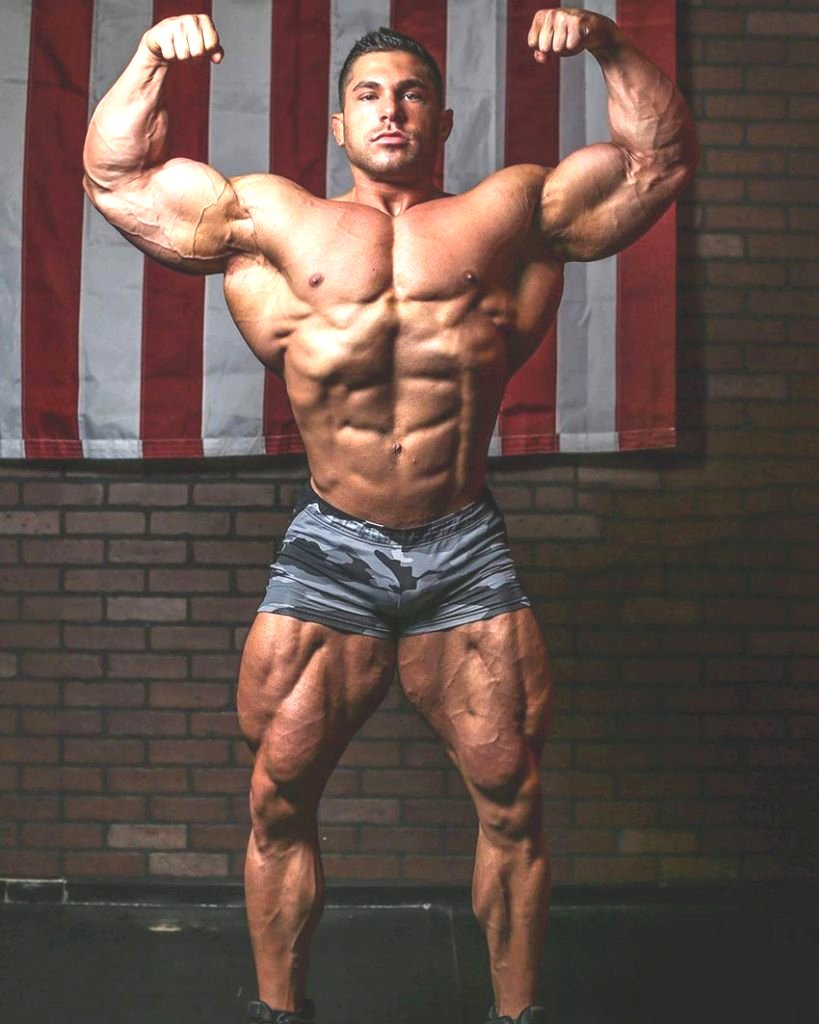 We are living in a very exciting period of time in bodybuilding. The reigning Mr. Olympia, Phil Heath, has won seven consecutive times. As an amateur, he’s never lost. As a pro, his ascent was lightning fast. Phil has been a dominating force in the sport ever since he was basically discovered by former Mr. Olympia Jay Cutler. In the 212, James “Flex” Lewis aka The Welsh Dragon has won six consecutive times. Much like Heath, Lewis has proven to be unstoppable. Other divisions, like Men’s Physique and Women’s Physique have also had long-running champions who have also proven to be invincible. If there was ever time for a change of the guard, it’s now.

Although there aren’t popcorn headlines to report, thankfully no one is on the injured list, change is in the air. Now, with the fans getting a chance to add a vote to the judging panel at this year’s Olympia, its created far more room for the media and hardcore fans to speculate over. There’s all sorts of scenarios being played out. What if it’s a super close call, what if the champ is slightly off, and/or what if his top contender is 100% dialed in, running on all cylinders?? Then you add the fans voice on top of everything, could that be enough, could it? Well could it?!?!

The sooner we get to the most important event in the sport of bodybuilding, the interest will continue to soar. Without anyone knowing definitively what the future holds, the message boards, the social media platforms, and the talk in locker rooms across the country and around the world will only intensify. In this article, I’m not going to talk about what could happen if Mercury were in retrograde or if someone ate one too many pop tarts backstage. There is a very real change of the guard about to happen in the 212 and [possibly across other divisions. I think I can speak with a certain level of certainty. Guys like Derek Lunsford & Shawn Rhoden are definitely creating a lot of buzz.

I am, after all, The Iron Duque. Whether you love me or hate me, when David Palumbo named me, I accepted it because it’s always been in my destiny to be a superstar. Although I’m a very humble type person by nature, one simply cannot argue with the obvious.

So let’s talk bodybuilding; let’s talk about the next great champion. He is a young man who may not even be old enough to rent a car, but who will go to Las Vegas in less than a month and walk away with the biggest win of his life. The audience will spring to their feet, there will be cheers and adulation unlike anything seen since the days of Arnold. The time has come. Much like the three old dudes who rode around on horseback following a star (before there was Siri), I am here penning this masterpiece, searching for the best words in a limited vocabulary to describe the sheer excellence of the bodybuilding messiah that is, Derek Lunsford.

No one can stand in the way of a 100% dialed in Lunsford. Flex Lewis at 100%, would be hard pressed to stop this warrior, even though I do believe in miracles. The truth is, the writing is on the wall, the beginning of a new era is just about a forgone conclusion. I’ve never seen anything like it. Just online, the momentum is unquestionable. If Flex moves over to Open, it’s Lunsford all day.

There’s some things that don’t just happen – I mean, they can happen – anything can technically happen – but it’s highly unlikely. Derek Lunsford’s amateur bodybuilding career, for example, comes to mind. Talk about a short, but prosperous run! In 2015, he entered his first contest, in his native Indiana. The NPC Indianapolis Championships is a big event, where the best physiques in the state come to battle. Now one thing that needs to said, is that doing well in the lighter classes, means all out war. The heavies and super heavies typically play the size game and freaky guys can win, even if their conditioning leaves a bit to be desired. This is the case pretty much anywhere – amateur or pro – because mass monsters put size over cuts. Sometimes that works, sometimes it doesn’t. That all stops being the case at the light heavies and below. Derek’s first contest was as a welterweight. At that weight, everyone’s shredded, but he managed to earn a very decisive win. Soon thereafter he was on the national stage, taking another first place in the welterweights at the prestigious 2015 NPC Junior Nationals in Chicago, IL. Before moving on, I’d like to pause on his contest record and discuss this part of his career.

I’m a huge believer in nationally-qualified bodybuilders doing either the Junior Nats or the Junior USA’s before vying for their IFBB Pro League Pro Cards at national qualifiers. Although the other division winners may walk away with their pro cards, bodybuilding remains the flagship division, and as such is the most difficult division in which to go pro. The bar should continue to be set higher and there should be fewer ways to go pro, because in the end, being a pro is reserved for a select few. Today, there’s a couple more options though, with the Amateur Arnold and the Amateur Olympia, but it’s still very, very difficult in make it in the division that started it all. So if a bodybuilder can’t turn pro at Junior Nats or Junior USA’s why do it?

For starters, bragging rights are huge. When you look at who has won those two very prestigious contests, it makes sense. Doing these competitions also prepare you for the biggest stages in the NPC (e.g. the Nationals, the IFBB North Americans, the Universe, and the USA’s). Could a bodybuilder of Derek’s caliber have gone from the Indianapolis straight to the USA’s? Sure, but the way he went about it, was far better. After all, it’s not a race, and the best champions are well aware of this. After his great year, he put on size, perfected his look, and took the finished package to the 2017 NPC USA Championships, where he won the Light Heavies and a just a week later did his pro debut in Tampa, winning the 212. As if that weren’t enough, Derek would go on to place Top 5 at his very first 212 Olympia Showdown. Nonetheless, despite his mega success, impressive physique, and working with one of the oldest, most respected supplement companies in the game, Derek Lunsford is still humble. He knows there’s plenty more left to do, but he’s definitely on his way. He also only competes to win, but he keeps the noise level to an astonishing low. There’s no need to talk trash, especially when you have the physique & the work ethic to be the best.

Another point that absolutely needs to be raised is the degree to which Derek’s rise has inspired so many of us in the bodybuilding press, from the legends like Muscular Development Online Editor-In-Chief Ron Harris to the DIY guys like yours truly. We’ve all seen great physiques and we’ve all been to enough contests and poured over enough magazines and old school dvds to know when a living legend has arrived. The truth, for some, hurts, but it’s still the truth. Many are in denial and many more will find themselves in this confused, depressing state of mind, but the Lunsford train won’t stop. We must remember that for many of the critics, the lights may be on, but there’s nobody home.

Derek’s rule will be ironclad. He has crazy genetics, youth, self-confidence and the work ethic of an old school bodybuilder. Once he wins, he’ll stick around for a long, long time.