How Do Today’s Bodybuilders Compare to the 90’s 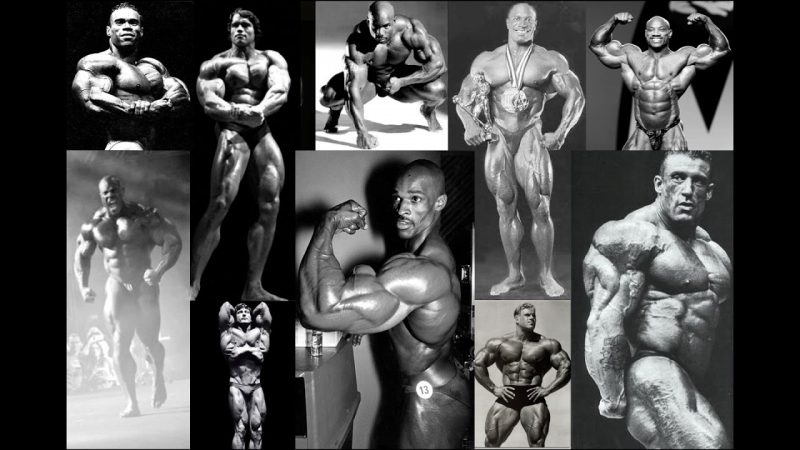 Things have a tendency to improve over time, particularly things that deal with science. Strength and physique-bases sports have a great deal to do with research; they focus on innovations and discoveries insofar as nutrition, training, and supplementation. There have been numerous studies conducted, athletes have learned a great deal through trial and error in the gym (e.g. through lifts), and pretty much each contest prep, athletes and their coaches learn about how macro and micro nutrients effect condition. There are also a great deal of lessons learned from supplements, from the food-based to the hormonal. There’s also the normal course of human nature.

We saw an improvement in the physiques from the 60’s to the 70’s, from the 70’s to the 80’s and then to the 90’s. For many people, the 1990’s showcased the absolute biggest, most conditioned, and dare I say, freakiest physiques of all time. There were guys like Dorian and Ronnie, who took Lee Haney’s “Mass with Class” approach to new levels. There were guys like Levrone, Wheeler, and Ray who truly pushed the card, building tons of muscle, while also keeping themselves aesthetic and balanced. The level of conditioning in the 90’s was also above and beyond anything we see today. Guys back then didn’t mind suffering; in fact, if they didn’t suffer, something was wrong! The athletes then, also had no problem peaking multiple times a year. Many of them would do the Arnold and the Olympia, with some even doing European tours after the Mr. Olympia. Those tours would have the competitors competing every other day, sometimes everyday, while traveling by bus or small aircraft! This commitment to excellence wasn’t reserved to competition alone, either, so what happened? Where did the 2000’s and 2010’s go wrong – or did they? In this article I’ll discuss the 90’s mindset, I’ll discuss where we are today, and finally I’ll speak to which era was better.

Whereas the 70’s are widely understood to be The Golden Era of Bodybuilding, the 90’s is by many accounts the blue collar generation, a time when there were several great champions and many formidable competitors. The decade saw three giants, Lee Haney, Dorian Yates, and Ronnie Coleman. Each of these giants brought something very unique to the table. Haney was the first Mr. Olympia to really introduce major size, all the while keeping a jaw-dropping symmetrical look, coupled with amazing posing, and consummate professionalism that the sport had never truly seen before. Lee had a dignity about him, from the way he dealt with his contemporaries on stage, with the officials, and the fans. He was a family man, he recognized his place as a role model and took that responsibility very seriously. That may have been a reason why he worked for the U.S. Government in the Sports and Exercise Council. Haney was a family man, with strong values, and moral convictions. He’s never skipped a beat, living his life according to certain principles throughout his life. Next came Dorian Yates, the British bulldog, the Shadow. Once he arrived and won his first Sandow, he practically vanished from sight, with the occasional photos and/or the new VHS/DVD’s emerging from his dungeon-like, war room. Yates may not have had the aesthetic value of Haney, but he made up for it with freaky size, grainy condition, and an abundance of confidence that the more humble, Haney, would have played down. Yates was a lot of things, but humble wasn’t one of them. Besides, why did he have to be humble. He brought his absolute best, year after year, and he was very much aware that every guy on had a bulls eye on his back. They all wanted what he had, they all wanted the title he won six consecutive times. Yates competed and retired – all on his own terms. When the throne was left vacant in 1998, all eyes went to Flex Wheeler, but a guy by the name of Ronnie Coleman took it, instead. Ronnie worked very hard, earning key placings in the months leading up to the big contest. The 90’s were such an exciting and competitive time, that the winner of the Olympia wasn’t even a top pick. He was good, but he was one of many competitors giving 110% to the stage. Flex Wheeler looked absolutely insane, he gave all he had, but it just wasn’t enough, he just didn’t have the look the judges were looking for that weekend. That was just one more example that it in those days, nothing was set in stone. Even the year before, Yates even freely admits, he could have lost the Olympia to an extremely impressive Nasser El Sonbatty from Yugoslavia.

Although Ronnie would go on to win eight consecutive Sandows, his only real competition came by way of Jay Cutler. Victor Martinez was considered to be a major threat – years later – even by Coleman’s own assessment. Kai Greene started making his presence felt later in the decade. Gustavo Badell had some impressive years, but by this point, the bodybuilders started landing huge supplement contracts and making big money on guest appearances, DVD’s, and seminars. There was a change of the guard and change of how things were done. This was also the beginning of the rise of social media, as well as the first signs that print wasn’t going to be around for long. Bans on supplements and increasingly hostile mainstream media reporting, created for a tense situation. Magazines started cutting their size and new formats were surfacing, like websites, forums, and podcasts. With the advent of technology, bodybuilders started finding new ways to earn money, ways that didn’t depend on the stage.

I think that one of the things the internet did, was make athletes lazy. Seeing cuts in print and more folks signing for larger supplement contracts, many competitors started opting for doing more paid photo shoots and videos and less actual hardcore training, less traveling. This different outlook on business also had an impact on the number of shows competitors would do. The Arnold and Olympia had the biggest paydays and got the most press, so it made sense (per the 2000’s logic) to focus on those, while pretty much avoiding the smaller shows in America. International contests were even more disfavored, with far fewer top tier athletes even considering doing them. As less competitors took to the stage, less shows were being offered. Pretty soon, there were no more post-Olympia tours, there were far more of the so-called $10,000 shows, and even big contests like the Ironman were no more. One of the things that really spelled disaster, was the utter disregard that some of the top pros showed for contests they guest posed at.

Size was clearly the carrot most of the guys were chasing, but in the off-season, some barely looked the part of world class bodybuilders. Imagine a poor promoter having to fly a top tier bodybuilder – usually on 1st class – to guest pose and said bodybuilder arrived looking like the Before photo on a weight loss program. The fans certainly weren’t impressed, the bodybuilders looked awful in the press, and promoters started reconsidering the practice of hiring guest posers entirely. By the 2010’s most shows either went with local talent or simply skipped the guest poser concession all together. In the 90’s, and preceding decades, guest posing had become a lucrative and easy way for top competitors to get out on the road, travel, and see their fans. It was also a great investment for promoters, because they got an athlete who took the event seriously and worked hard. Guest posing usually meant more ticket sales and maybe even more competitor entries to a contest. By the 2010’s, bodybuilders saw their fans by talking into their phones and promoters started looking into using social media to promote their shows as well.

Technology aside, I think the fact more top competitors competed less, particularly the Olympia Top 5 (who automatically re-qualified for the next year’s event), really hurt the sport. In the absence of the Olympia and Arnold Top 5, the competitors trying to qualify for the Olympia, doing smaller shows, didn’t really have to diet or cut quite as hard, because they weren’t really facing any truly challenging competition. A lot of the guys looking for an easy qualification, were second tier athletes as it was,but then they’d come in at 80-90% of their best and win! The fans who attended those $10k shows didn’t see the best bodybuilders on stage and those they did see, weren’t at their best, either. Imagine paying $100 to see that! The few promoters who still had guest posers, often times, got screwed over by having Pillsbury dough-boy looking guys on stage, creating for over-hyped, disappointing intermissions. There was nothing more disappointing than for fans to get excited over contest posters and magazine features over a bodybuilder they truly looked up to, then seeing said bodybuilder, in person and totally out of shape, huffing and puffing through a 60 second guest posing routine.

Also, as was the typical order of events, the guest poser gave a speech after the guest posing routine. During the 2000’s, many promoters got doubly screwed. The big name guest posers looked like crap, didn’t have a very good routine, and sometimes didn’t even have a very good speech. Imagine having to buy a 1st class ticket and pay thousands of dollars in hard-earned cash, for basically getting nothing in return. To say it was frustrating, would be the understatement of the century.

There’s no question in my mind that the 90’s buried the 2000’s and unless something drastic takes places in 2019, I’d say the 90’s bested the 2010’s too! The athletes worked harder, had more respect for the stage, and the competitiveness between them, made for some great showdowns. The athletes in the 90’s lifted more aggressively, paid more attention to their nutrition, and Lord knows, dieted much harder. The level of conditioning – across the boards – in the 90’s, totally annihilated that of the following two decades. It’s crazy but the Olympia Top 5 of 1998 would wipe the floor with the Olympia Top 5 of 2018. At least that’s my thinking – do you agree, disagree?

I hope you enjoyed reading this article – here at Iron Magazine. I look forward to reading your comments.