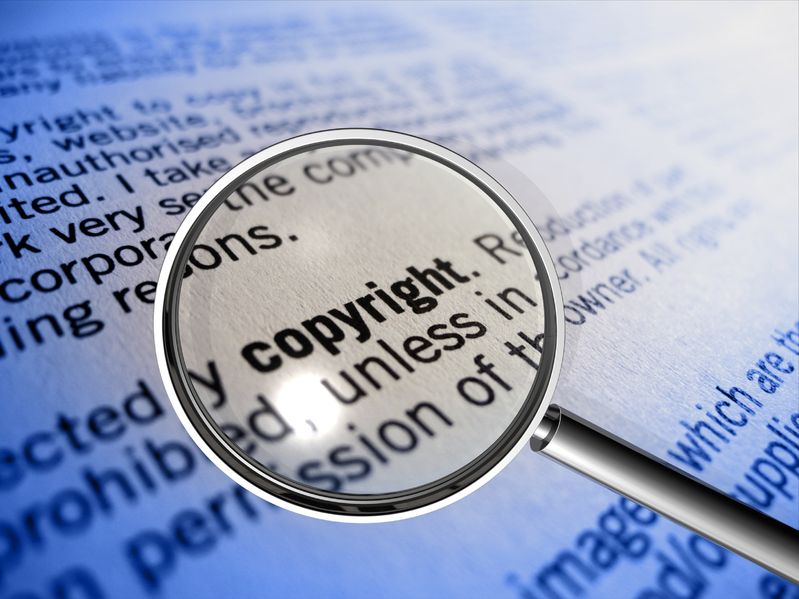 I think I put it best in a recent Instagram video I made. Imagine you walk into a GNC, put merchandise into your pocket, and leave without paying? What does that make you? It makes a you a criminal and if apprehended will (1) get you arrested, (2) have you pay a fine [typically 3x the cost of the goods in some states]), and see you banned from ever returning. Stealing is stealing. We all throw the book at shoplifting, stealing from the poor, and just generally being dishonest in day-to-day life; however, there’s a very blatant kind of stealing taking place in the fitness industry, particularly with the work of photographers and videographers.

For the record, I’m not calling those guilty of this – criminals – but they’re certainly not doing a good thing. In most cases, media content is watermarked, it’s their calling card, so that if anyone likes it, they’ll work with said professionals. After all, this is how photographers and videographers make a living. We all have bills (e.g. mortgage/rent, food, utilities, clothes, etc) and last I checked photographers and videographers are people too! They also spend ungodly amounts of money on equipment, software, computers and related maintenance costs. Many times these professionals have their own corporations and foot all their contest coverage related costs. The money they make offsets these costs, keeps them working, and earning a living. Nonetheless, some competitors are oblivious – whether intentionally or just by virtue of being so off the wall – that they help themselves to watermarked work, crop out all signs of ownership, and then proceed to use the images to not only increase their social media audiences, but also to land contracts with supplements companies, modeling agencies, and to sell their own wares and services. When you take a step back and look at the bigger picture, what you see isn’t much different than stuffing your pockets with merchandise and running out of a store without paying. The truth of the matter is, stealing is stealing. The question is what’s it going to take to get the message across, teach best practices, and see a real change in the way athletes view and appreciate the work of the fitness media?

I love the athletes and this article does NOT apply to 85-90% of them. There’s also a small percentage of athletes who on – only – isolated incidents do in fact crop out watermarks and honestly forget – or it slips their mind – to give credit, where credit is due. There is, however, about 5% of athletes, to be conservative, who simply just don’t give a crap. They habitually crop out watermarks, they habitually omit any credit to photographers, videographers, or publications, and they use other peoples’ content to serve their own ends. 5% doesn’t sound like much. In fact, 5% sounds like the low-ball estimate of the century, but I think it’s pretty accurate simply because there’s thousands, if not tens of thousands of competitors, just in North America alone, who compete. If 5% of athletes all around the world are engaging in this manner of wanton disregard for the proprietary and intellectual rights of media, then that’s a very real problem. It’s unfortunate that the disregard of such a few, warrant this type of article, but only damage control and effective education will guarantee that the few bad apples don’t ruin the barrel.

Best Practices are key and I believe it’s time that athletes – all athletes – the 85-90% that don’t need to be taught right form wrong PLUS the 5-10% who could use a refresher, get that instruction. Where? That’s the big question. There’s a few options. I’ve passed those ideas up to the people who I think can make a difference. Social media presents a whole world of opportunities, but these opportunities cannot be provided to athletes off the backs and sweat of the media. That sort of injustice simply cannot stand. Those of us who work in the media, from guerrilla journalists (like yours truly) all the way to the superstars like Amir Marandi and J.M. Manion, shouldn’t be cheated any longer. If we take a photo or shoot a video, at the very least, our proprietary marks should be left untouched! That’s as basic as it gets to repost. Mind you, even permissible reposting, is by no means a transfer of ownership rights. It’s at best, a privilege. It’s not even a license, as the owner isn’t receiving any kind of compensation, and don’t even think about arguing that the photographer is being paid in “exposure!”. Lol
But hold on, even if watermarks are left alone, it’s one thing to repost a photo on social media and it’s quite another to use it for personal gain. Going along with best practices, let me quantify my statement. Let’s say that I just covered the Mr. Maple St. and I’m posting contest photos. It’s perfectly acceptable for anyone I tag or anyone who sees those photos to repost them. I’d prefer if my watermark is left, but some people (honestly) don’t know how to repost or may not have the app I have. Ok, so let’s assume they crop my watermark out. They can still give me credit, right? Well, that’s an acceptable 2nd best. But let’s change the hypothetical.

What if the athlete uses my image and submits that to a supplement company as part of a portfolio to get signed. Ok, right? Well…., not so much, because the BEST PRACTICES there, would be for the athlete to ask me (the owner of the photos) for permission – FIRST. Why? Well, because the receiving company will more than likely assume the athlete acted correctly and is sending them with the owner’s approval. It’s really not the receiving company’s job to check on that – though most will – the athlete shouldn’t bank on it. Now let’s say, my photo not only helped get the athlete get signed, but the photo that was used without my permission in the first place, is now used in an ad campaign by said athlete. The athlete gets paid, the company gets goodwill/ROI, and I don’t get squat. Oh yeah folks, and it doesn’t matter if I took the photo on a phone, a Canon Rebel, or snapped a Polaroid, it doesn’t change my ownership. Further, a regular snap – though still my property – is one thing, but most of my photos require me directing the people to stand in a certain way, getting certain emotions out (picking the best one shot out of 3-6), and working with lighting (esp b/c I’m doing it DIY). That finished product isn’t just mine b/c I hit the button, it’s mine because it was my vision that created the memory. You can’t just crop me out of the photo, out of the process, and cheat me out of the proceeds.

The only way to bring about any real change is through education. Competitors know about check-in times, meetings, posing, etc. I think that we’re very lucky that the vast majority of athletes have solid ethics and values. Most competitors not only recognize the efforts of the press, but they appreciate the coverage, and they’re very respectful of the process. That having been said, educating athletes on Best Practices relating to media, is something that could be done quite painlessly, quickly, and extremely effectively – even with minimal effort. It’s something that I would volunteer to assist with, as I’m sure journalists across the nation (and the world) would do so, as well. I’d love to see more media at competitions – the more the merrier – but our work must be shown the respect it deserves.

I’d love to hear what you have to say on the matter. I look forward to reading your comments, whether here at Iron Magazine or wherever you may see this article. As always, thank you for reading.