Intensity vs Stupidity – Coming to a Gym Near You 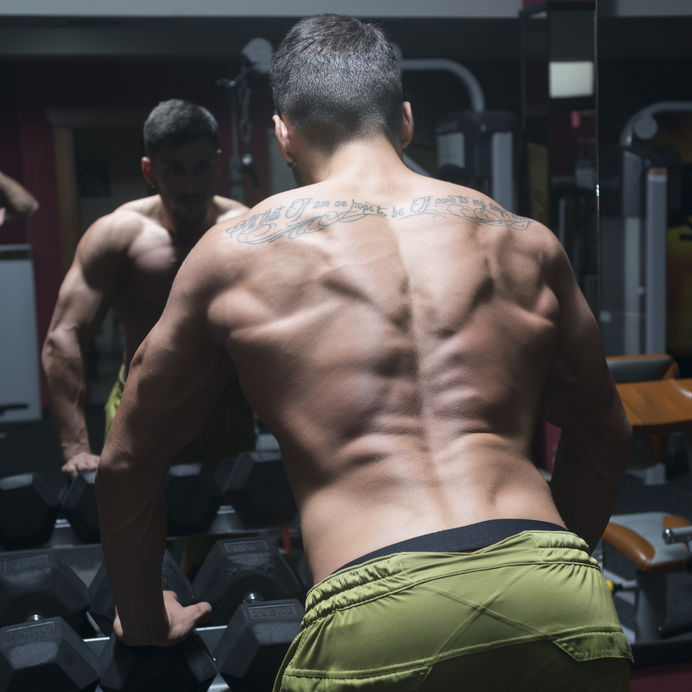 The whole point of working out is get a pump and see some real growth. For many, how hard you train will determine how much muscle you gain. For example, there’s a myth those on the east coast train much harder than those on the west coast. Others believe that hard music has a direct impact on setting a hardcore tone in the gym – literally. They think that a hardcore gym will blast Pantera and Slayer, while a powder puff gym will play Lady Gaga and Maroone 5. The gym that plays the hardcore music, is the place for freaks, while the other one is for folks who train in spandex and look twiggish. Others don’t believe you’ve trained, until you’re doubled over in pain, twisting in agony, throwing up into a trash bucket. How absurd, right?

Well, to a great many folks, vomiting is a sign that you’ve given you’re all. It couldn’t be that your stomach is acting up from dehydration, fatigue, and/or exhaustion – nope, not at all. When you have coaches and personal trainers glorifying those who succumb to the pitfalls of all out training and/or those who fall in the process, then you have a mentality that’s quite troubling. It’s one thing to train to the limit, but it’s quite another to intentionally run yourself into the ground. If you’re out of commission, then you can’t train, and if you can’t train, how the hell are you supposed to grow? The bottom line, is there’s a fine line between intensity and stupidity. I hope this article sheds some light on the matter.

Training partners can either be really good for you – or – they can have a direct hand in your downfall. Training to failure can be an effective way to mix up your approach to lifting, but only if conducted with light weights. I have seen far too many accidents at the gym involving training partners pushing people on bench with three or four plates on each side, going beyond 10, 12, even 15 reps. No one should be lifting heavy weight to the point of failure at a rep range that goes into the high teens. There are too many variables at play, particularly the fact that when the pecs no longer respond, lifters will employ delts, triceps, and/or even reposition their upper and lower torsos, just in order to move the bar. For as much as a spotter may know – or think they know – the lifter, they are not the lifter. I know this may sound a little obvious and overstated, but it’s a very important observation because spotters who scream and insist that their workout partners push through the pain, are simply unable to comprehend what exactly the other person is going through. There’s also an undeniable pride factor. Even for those who train in silence, the lifter has a huge burden not to let down his workout partner and/or the tons of people at the gym looking on. Truthfully, most of the people at the gym could care less about the lifter, especially the lift in question, but pride can often times be an irrational force that’s ever present in the weight-room.

Conscientious spotters, on the other hand, coupled with sensible intense training can be beneficial. If the spotter is well versed on the right way to spot and keen to the preferences of the lifter, then it can make for a situation that’s far more conducive to making gains, getting stronger, and staying the course; however, I believe intensity and the degree to which each person approaches it, is a singular situation. Intensity is a very subjective thing, so even in the best of situations, training partners who push too hard, can directly bring about the worst of outcomes

Stupidity is not reserved exclusively for the iron, either. For example, when I think of overexertion and training beyond failure, I can’t help but have cardio come to mind. How many cardio bunnies and ripped male model types practically live on the treadmill, climb stairs for upwards of an hour, and sweat practically every ounce of liquid they’ve taken in – at the gym? People do fasted cardio, late night cardio, others feel the need to walk or jog everywhere. At some point that which is intended to foster good heart health, can turn into the culprit in over-stressing the body. Cardio, like weight-training and just about everything else in life, has a limit. In addition to overexertion, many of the people who overdo it on cardio, need energy with which to go about it. Most people who take caloric burn to the excess, usually end their days in caloric deficits, but the question then is, what’s their fuel source? Energy is needed to perform physical activity; usually energy comes from food, but many in the fitness industry rely on synthetic, external stimulants like caffeine. Cardio bunnies need energy, but they don’t want calories. Let’s think about that for a second and just observe the irony. Caffeine, in large doses, compromises heart health, so you have people taking something that’s bad for the heart, in order to have more energy to perform exercises that benefit it. Does that make any sort of sense?

Sense, unfortunately, is not a driving force in most gyms. When everything is tied to intensity, then we have problems. Even the duration of a workout can point to the madness. Have you noticed how the standard workout is getting less and less in time? Years ago, most people worked out for 90 minutes. Then folks started opting for an hour. In the 2010’s, the prevailing notion was, that you could get everything done in 45 minutes. Top pro’s and fitness celebrities looked down on people that took more than 45 minutes. Many folks who took longer, would be accused of going to the gym to chat, text, or procrastinate. What’s interesting though, is that the actual work in workouts hasn’t decreased – just the amount of time in which to do it. Most big muscles require five exercises with five sets of 8-10 reps per exercise. That’s pretty much the standard Assuming the lifter takes no more than 30 seconds break in between sets and less than 1-3 minutes between exercises, then it’s at least POSSIBLE to have a full workout in 45 minutes. That’s also assuming you train at a facility where you’re the only lifter, where all the exercises are located within 5ft of each other, and that you have someone racking/unracking all the bars and machines you’ll use. In many cases, if you have to rack/rerack weights, especially carry weights over any stretch of distance, that’s pre-exhausting your muscles.

Now, some people are saying that even 45 minutes is too long. They can do it in 30 minutes!! Speeding through exercises also falls under the intensity-stupidity net. Many of these exercises also require stretching and warm-ups, but keeping workouts to such short periods of time, may compromise the lifters ability to implement these activities. Let’s also think bigger picture. Stretching and warm-ups greatly reduce odds of injury, so why would anyone want to skip these?

I will play devil’s advocate though. Even though I’m opposed to the need for intensity to extremes, I will say that workouts should be challenging – from the weight used, to the rep range. If the body expects everything and there’s little, to no stimulation, then this is also not going to be beneficial. I hate to downplay this aspect of the article, but I don’t see this as being as pressing as the dangers of intensity. If you disagree, please school me, and please share your opinions – whether here at Iron Magazine or wherever you may read this article. I don’t want to intentionally close myself out to the other side of the coin, but I just have so many people (of all ages), playing with their health and their physiques, simply because they don’t want to let a workout partner down or because they want to look hardcore in the gym. Hardcore is all about being around as long as possible, never leaving the muscle game.

You can’t exactly lift, much less compete, if you’re all banged up. I hope you enjoyed this article, I know I feel much better after having vented on this topic!!