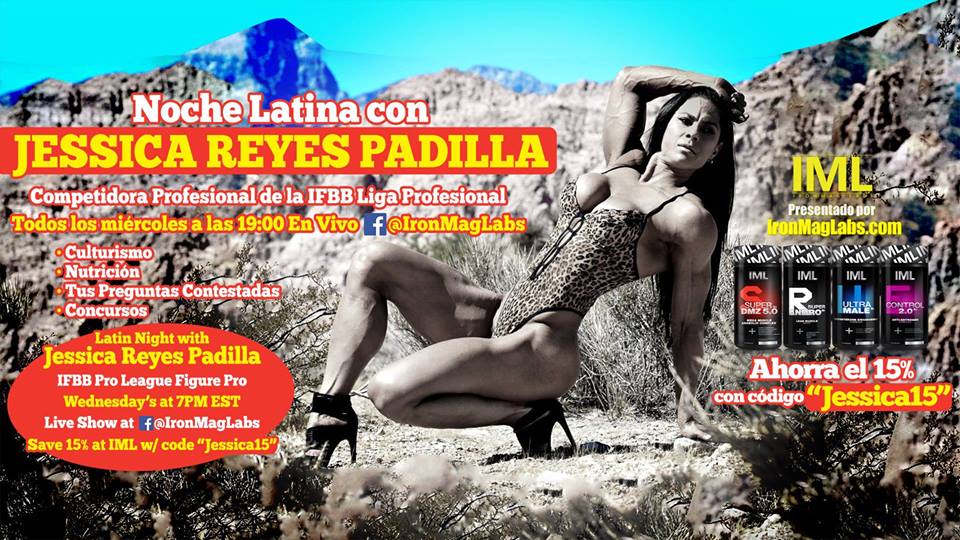 “Noche Latina is a fiesta!” Few could say it better than Gregg. In fact, even before her first program, Valentino brainstormed the show – a night all about Latino bodybuilding, fitness, and competitions. Jessica would host the initial incarnation, but the night was bigger than any one particular host or show; Valentino and myself then created the groundwork for a far larger approach. Creatively, I also like to seek the opinion of fellow host Chris “The Goon” Griffin. One of the major, driving forces that inspires all of us, is an ironclad loyalty to the NPC and IFBB Pro League. Bringing Jessica on, made all the sense in the world. She joins fellow IFBB Pro League Pro Theresa Ivancik, who has a weekly program called Whatever It Takes, and a station 100% behind Jim Manion.

Further, the current model is perfect for the development of a program like Padilla’s. The first release is live, in realtime, on Facebook. Once the live transmission ends, the show is then available on demand on Facebook. After a few days, it’s then re-released on YouTube and a teaser is available at IronMag.com. These teasers are great, because they give the viewer a preview of what the show is like, always encouraging them to tune-in live, where they can actively engage on the show, ask questions, and potentially win prizes. IronMag offers viewers the best of both worlds – they can actively view or do so passively. Whichever way viewers choose to access Noche Latina – Latin Night, they will emerge from the experience with a better understanding of Jessica, Spanish culture, and a greater understanding of the IML and Muscle Gelz product lines in Spanish. 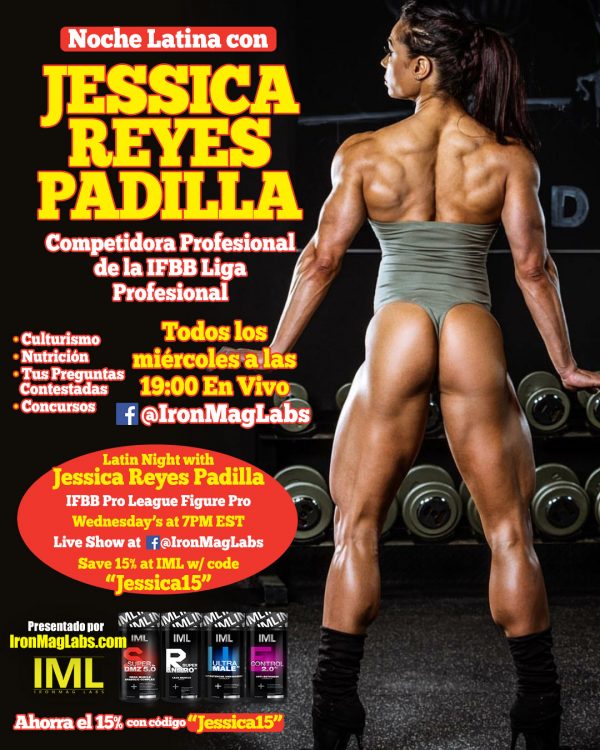 One area we’d like to explore in the future, is having more hosts and guests on a live setting, join the show. These could be competitors, lifters, and/or people looking to get involved in the industry. When you stop to think about it, how many times can we cut into the American supplement/fitness industry pie? Everyone is scrambling and fighting for crumbs, at this point, when there’s a whole new, largely untapped world that’s yearning for knowledge and high quality products.

Remember to tune in every Wednesday night, 7PM EST at IronMag Labs on Facebook Live!! Bring your best questions, brush up on your Spanish, and be ready to see all your favorite stars and friends on a weekly basis. Sometimes the signal is weak, but instead of complaining about that, be thankful you’re living comfortably, while other people in this country of ours, have to get by under the harsh conditions Puerto Rico finds itself in. We would always rather be REAL, than perfect. Real life isn’t perfect. Many people, like our brothers and sisters in Puerto Rico, refuse to give up, so by you watching, by you not complaining, and by you spreading the word – these are all ways of being hardcore. At least that’s how I feel.

IronMag Labs is on the cutting edge. We’re not followers. We set the trends. We raise the bar. We are the future!