Ronnie Coleman – The King – A Must Watch on Netflix! 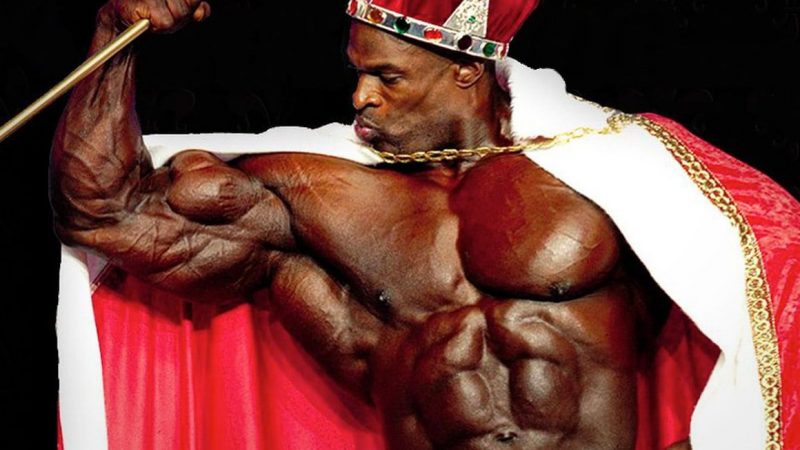 Ronnie Coleman is the G.O.A.T. – the Greatest Of All Time. I’d like to start my article with this very short, simple, and direct statement. I don’t want there to be any misunderstandings about where I stand. The sport of bodybuilding will never have a Mr. Olympia that will live up to this champion’s example and if that athlete ever comes around, I highly doubt it’ll be in my lifetime. After watching “Ronnie Coleman – The King” on Netflix, I’ve come away from the film with a few reactions and some insights. I also feel like I have some hope for the mainstream as well. I’ve been into bodybuilding for over 20yrs and many of the things that were said during the film, I saw in the magazines, dvds, and heard about from people over the years, particularly in the 2000’s.

I wasn’t always a Colemen fan, for the simple reason that I’ve always been drawn to underdogs. Maybe Ronnie was an underdog in the mid 90’s, but by the 2000’s he was unstoppable. He was the top guy – and then, there was everybody else. The film got it right though and Jay Cutler hit the nail on the head. Coleman knew he was the best when he competed at the Olympia, he knew the Sandow was his, but there wasn’t’ any cockiness there – the guy was legitimately humble and down to Earth. The film shows Coleman’s roots in the sport, it glosses over his reign (I would’ve like to see more here), and really focused on what life has been like. Throughout the movie, I consciously couldn’t stop admiring him, but I must admit that, subconsciously, I kept wondering if it was all worth it.

Watching Sugar Shawn Ray talk about Ronnie’s first Olympia in ‘92 was eye opening; I honestly didn’t know that back story. At that point, Ronnie was totally off everyone’s radar. He traveled to the first contest by himself, his physique was a work in progress, but he stayed the course. He was in no rush, because the one things that’s for sure about Ronnie – is that he loves bodybuilding. You look at him and you really believe him. When he says he was just happy to get a free gym membership, it’s as from the heart, as when he calls Brian Dobson, his angel. Ronnie didn’t do this alone, he’s very aware that the people behind him, like Brian, were an integral part of his success. Even his doctors, who know that not lifting may be better for him, also know that lifting is what makes Coleman happy. Ronnie knew where he wanted to be and he got there. Unlike most bodybuilders, he was a powerlifter as well, and trained like one. Some thought his lifts were entirely about getting attention, but if his way of being wasn’t clear enough, this film sealed the deal. He trained the way he did, because it was what felt right to him. To watch all the greats, from Ray to Levrone to Cutler and Greene talk about Ronnie, was very fitting. To know Dorian Yates was on the film, is huge, because Dorian was the monster of his day. Another thing the film does a great job of showing, something many of the younger fans may not be aware of, was that Ronnie was an active duty police officer.

I’ve heard people over the years, say they thought that Coleman was a reserve officer, an honorary officer, or just a good citizen who volunteered a few days a week. That was never the case. Ronnie was the real deal, as seen in the movie. He had his own police cruiser, ate his meals in between real calls, and wore a very real bulletproof vest. While many Mr. Olympias jet set around the world and that’s all fine and good, Ronnie would serve and protect the people of Arlington, TX, while being the King of Bodybuilding. Just like with lifting heavy, Ronnie loved being a police officer, and wore the uniform proudly despite all the money, fame, and accolades he enjoyed with his bodybuilding career.

The big question in this movie is seeing Ronnie afterwards, going through all the surgeries, having trouble walking, but never losing hope. I remember reading an article once where Ronnie said he avoided back surgeries like the plague. He said he had received great benefits from massage, especially chiropractic, but once he got one back surgery, it just never ended. What I couldn’t believe is that Ronnie slipped a disc in 1996 and the next ten years, eight of which saw him win eight-straight Olympias, suffering from intense pain. Why would he keep training so hard? He was huge! If he had just kept eating big and lifting moderately, he wouldn’t have skipped a beat, but that wasn’t enough for him. When you see Ronnie going through all the hell and back, still getting to the gym even today, at 4:30AM everyday, it just really makes you realize how real Ronnie Coleman is. Nothing has changed with him, he’s the same man, with the same love of bodybuilding. He may drive a Rolls Royce, own a company making millions a year, but that hasn’t changed him one bit!!

Ronnie has earned the respect of his peers, of his fans, and if anyone in the mainstream sees this movie, I hope they’ll see all the beauty in bodybuilding. I can’t think of a better ambassador for the sport than Ronnie Coleman. He’s a champion, a role model, a promoter, a company owner and a motivational speaker. He’s inspired countless to take to the weights and get in shape. If anyone has grown the sport of bodybuilding, it’s been Ronnie Coleman. Definitely watch the movie on Netflix – you’ll love it!! As for this article, I hope you enjoyed reading this piece and look forward to reading your comments, whether here at Iron Magazine or wherever you may see this article.