Should Trans Fats Be Illegal? 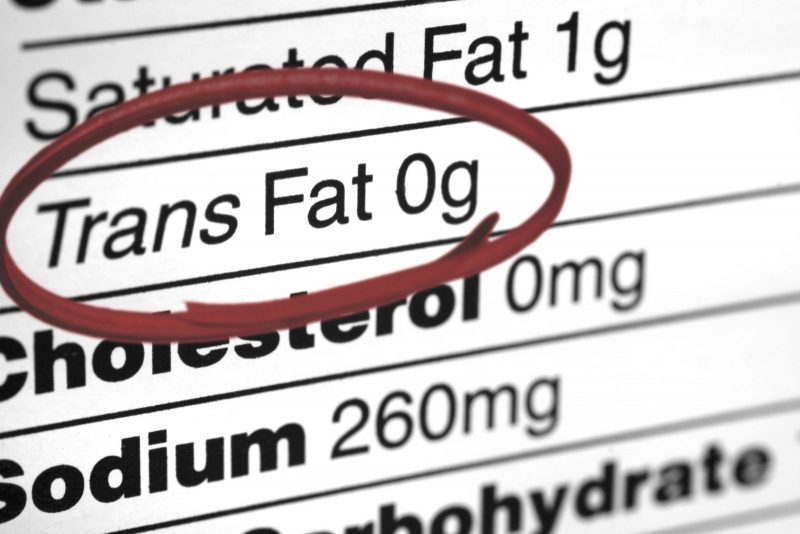 I think where I stand politically, is pretty much well known throughout the fitness industry. I don’t like boxes – so I’m not a “Democrat” or a “Republican.” I don’t like Big Government, but I do believe in social welfare. I believe in the 2nd Amendment but I’m also hawkishly on guard with anything that deals with the 4th, 5th, & 6th Amendments. I believe in personal freedoms, but I also believe government’s duties aren’t limited simply to national security and maintaining a solid currency. I also do believe that the well being of the people is important, provided there’s strict oversight. I don’t like when government is dictates morality.

I’m putting up all these statements, accompanied by caveats, because this is a very touchy subject I’m writing about. On the one hand, I understand where former First Lady Michelle Obama was coming from. Not only do I understand, but I applaud her as well. In terms of schools and school lunches, there should be more salads, more fresh fruits, and less sugar. As far as public schools are concerned, the government has a stake, because tax dollars (from various levels and sovereigns) are keeping the schools open. However, as diet relates to people, on their own dime/time, then it becomes another issue. Should government have a say in the trans fats debate? Should they weigh in on genetically modified foods? That’s an interesting question, because it involves personal freedoms and we’ve seen far too many of those already taken from us. Does it change things if the motivation for doing so, is to help us? I don’t know that it does.

Trans fats are nasty. They are uncommon in nature, but are made in labs, usually from oil. They’re usually found in cheap products, often times selling for lower than standard off-brands. I have found a great deal of items containing trans fats at stores where most goods are $1 or less. The fact these are so cheap, also create concerns, as many of them may be consumed by children and the elderly. But before anyone dismisses these concerns simply because fats are being discussed – it’s important that the reader recognize the difference between fats. Unlike good saturated fats, which are completely hydrogenated, trans fats are only partially, and as a result, it appears that trans fats have negative impacts on cholesterol levels and increase heart disease. There have also been studies linking trans fat consumption as to promote the presence of Alzheimer’s Disease and others have seen a connection between consumption and Type 2 Diabetes. If our government knows that trans fats hurt us, shouldn’t they stop us from getting them? That’s a question for you to decide; however, don’t alcoholic beverages and cigarettes harm us also? Should these be outlawed? Should government decide how much we get? Again, such an action encroaches on our personal freedoms.

There is some middle ground, however, but once again, it’s something many Americans might oppose. For example, warning labels. Not too long ago, in terms of history, alcohol and tobacco didn’t raise any eyebrows. Of course, people knew that a very limited few could wind up with cirrhosis of the liver, but drinking was perfectly acceptable. Worst yet, no one knew cigarettes caused cancer! When I say people didn’t know, that sounds like a tall tale today. The idea of inhaling smoke, clearly, would compromise anyone’s health, but there was a concerted effort then, at all levels of society, and the government didn’t act – at least nowhere near fast enough. The one thing always done with both spirits and tobacco, is that they were considered recreational and for adults only. People smoked and drank in adulthood, whether that was because of health, rite of passage, or whatever the reason, it was limited to adults. Trans fats are consumed by everyone, so that may trigger the government’s police powers more. So why hasn’t there been any action?

Trans fats are widely used in cheap, low-quality, junk food. These items sell and if something sells, then it makes money. A lot of things make money and some things will just never be legal. Nonetheless, we can’t argue the fact that the money made by items containing these products, protects their continued availability. We all know there’s a tobacco lobby, a liquor lobby, so there’s more than likely one (or many) lobbies who all go to bat for trans fats. And there’s probably a sizeable section of consumers who would still buy food that’s bad for them. After all, it hasn’t stopped burger joints from making a killing. People also like eating things they know are bad for them – call it living for the moment, denial, – again, whatever you want to call it, that’s their prerogative – que sera sera.

Proponents of stronger state action would also raise health concerns. Although we don’t have socialized medicine in America, the taxpayers will pick up the bill for hospital and other health-related services for those who are unable to pay or indigent. By limiting or restricting the consumption of trans fats now, it may save the taxpayers a great deal of money in the future. That having said, opponents of such governmental intrusion would say the nexus isn’t strong enough to warrant the measures. While there’s been some studies and there seems to be a connection, it’s nowhere near as proximate as smoking is to lung cancer. It’s for that very reason, that any governmental action, whether banning, limiting, or even mandating warning labels, would more than likely not survive scrutiny by the Courts.

Another scenario that could play out is one in which consumers collectively put their foot down. If all of a sudden customers demand better and less and less markets stock shelves with items that contain these ingredients, we may see some change there as well. In the end, the likelihood of state action seems highly unlikely, but my question to you is, should there be any governmental action to begin with? I hope you enjoyed this article at Iron Magazine. I hope you leave a comment here or wherever you may see this article.