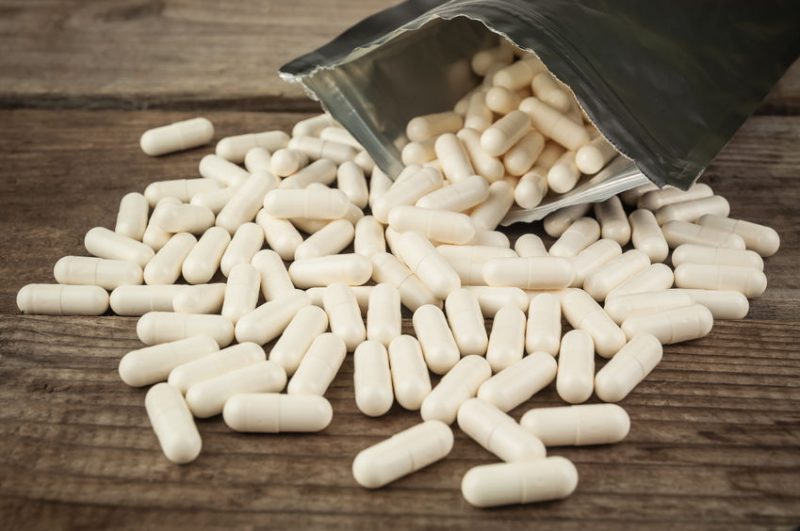 The supplement industry has always been one where new products are said to be better than the old. It’s a world dominated by innovation, but often times plagued by unoriginality. Given the numerous regulations, the vast competition, and the small-niche market of physique and strength-based athletes, companies definitely have their work cut out for them. Whether we’re talking about sports supplements or nutritional ones (e.g. vitamins, minerals), there have been few studies, almost nothing can be asserted with certainty, and the fine print of possible side effects and liability-shifting lingo can seem endless, particularly with many of the products put into the market by Big Pharma.

Many supplement makers have given up on re-formulating, others opt for vague proprietary blends, and some argue well established customs in favor of new ones, with the sole role being making money. For years, much of the industry has respected a certain methodology. Preworkout powders prior to training, aminos during training, and protein afterwards. No one has argued this position. It’s something that seems to work and something that seems to render results.

The war over pre’s has seen companies use ungodly amounts of caffeine and artificial stimulants. We’ve also seen an all out war in protein, from vegan to whey to eggs and milk. Every protein-maker has their own way of promoting their line and preaching why their type is better. What we have not seen is a war at the intra-workout level. The big fight to come, seems to be over aminos. There’s a popular camp that’s arguing that BCAA’s are all but the devil and that everyone should be going for EAA’s. Many of these wars are based more on hype and buzz than science and fact. The bottom line isn’t innovation, it’s money, and those of us in the know, we’re wise to the reality.

Let’s talk about casein. Casein has always been garbage in comparison to whey. This is not to say casein is garbage, itself. It has a useful purpose, usually in combination with whey. It also has some benefits because of the fact it’s very slow-digesting, but the idea that it’s time-released and that those who use it will be anabolic throughout the night, that’s a pretty considerable stretch. Nonetheless, it’s been a successful ad campaign for over a decade solid. Casein’s texture also comes in handy for puddings and that’s yet another product line. Products are great, because they make companies money, but that (again) doesn’t mean good news for the buying public. A big part of that “time released” miracle, means putting the gastrointestinal system through hell. Everything requires energy, whether walking down the street or doing a set of reps with dumbbells. Digestion also requires energy and certain foods can bring about stress and discomfort in the process. Interestingly, years ago, casein was used to make glue, so imagine taking that nightly to keep those muscles fed while you sleep. The whole concept of sleep is rest, and that should include the GI Tract – shouldn’t it? Nonetheless, the market was able to pull the wool over its consumers eyes.

So why are we talking about casein in an aminos article? Well, because casein is one of many examples where innovation takes a back seat to science and development. Today, the fight is over aminos. The vast majority of companies are all about BCAA’s – typically a combination of essential and non-essential amino acids, plus some other goodies like Citruline to battle fatigue, caffeine for energy, and B Vitamins for mood. None of these statements have been evaluated by any agency or validated by any study, but they are accepted by industry consumers as fact. Now, however, a few companies are flying the EAA flag. They claim that only the essential aminos are key and that the others aren’t just unimportant, but some even argue they can be detrimental.

Essential amino acids are those the body can’t synthesize. There are nine EAA’s but three of which are used heavily for bodybuilding purposes. Non-essential aminos can be synthesized, but that does not mean they aren’t important. For example, arginine is a non-essential amino acid that’s been said to promote vasodilation. Glutamine is key for recovery, it’s also a non-essential amino. The new approach suggests that non-essential aminos are essentially crap, but go with me on this. In order for EAA’s to look attractive, some might believe that crapping on BCAA’s is the way to go. The fact that 95% of the market is based on BCAA’s, puts the few pushing EAA’s at the front of the line. While some might commend these bold rebels for their ingenuity and for taking on the status quo, another argument could be made for them trying to corner a market from their not so noble soapboxes. If all of a sudden consumers turn on BCAA’s for EAA’s, there’s a very small handful of companies that will literally have their heyday in a matter of hours.

Muscle-building is simple. You eat to grow, you take supplements to improve the quality of the workouts, and use others to improve recovery. A big hurdle for those looking to put on maximum muscle is ensuring that muscle is never lost. There are two time periods where this fear can easily become a reality – during workouts and during sleep. There’s also already a whole slew of products to allegedly keep the muscles fed throughout the night. Some products boast of keeping an obscure nitrogen balance, others boast of time released qualities, and some suggest that they will transform physiques while their customers sleep. The intra-workout market is also one where similar promises are made, from the somewhat sensible to the utterly ridiculous.

It’s understood that EAA’s like leucine, isoleucine, and valine are widely used in BCAA and EAA powders; however, the sensible companies rely on reasonable ratios. Some of the more outlandish companies, however, go for monster dosages. More isn’t always better. In fact, often times supplement customers end up with very expensive urine, but not much in the realm of gains, strength increases, or better recovery times, not to mention GI distress to boot. The idea that taking in 3+ grams of leucine during a workout is pretty crazy. Then factor in the fact that protein prices vary, depending on the rules of supply and demand. The fact that a product even has leucine, means it’s going to be expensive. In order for a product to have monster-sized servings of expensive ingredients, will mean that private labels and brand label companies will pass on that expense to retailers and consumers. In the end, the ones who will lose the most, will be the individual consumers.

Call me a skeptic all you want, but I’ve been around for a while. I’ve seen some pretty crazy upheavals and usually, at least in this industry, these realities are often based on smoke. I’m sure that EAA’s will have a key role in the future, but if it’s anything like the difference between whey hydrosolate and isolate, then those who stick to BCAA’s over EAA’s aren’t going to miss much. That having been said, everything that goes through the liver, has a lengthy process before getting into the bloodstream. I have zero medical training or education, but this is something we all learn in junior high. Any piece of food, any supplement, or nutritional product that’s ingested, goes through a process. An intra-workout product is supposed to be taken at the middle of a workout, hitting the bloodstream, and supposedly keeping the muscle fed all in the course of a 15-20 minute window. That’s a hard sale, at least as far as I’m concerned.

Again, I’m not a doctor or a scientist. Hell, I’m not even a bodybuilder or a powerlifter. Speaking strictly as a guy who likes to lift and who has been lifting for years – and nothing more, nothing less – I think what we’re witnessing is just another example of hype, marketing, and bro science at its finest. The reality is, there’s very little that can be done, given the many regulations and the direction taken on supplements – from those for the mainstream public to gymrats alike. There’s also a great deal more availability, with supermarkets, drugstores, and even newsstands carrying health products which just ten years ago would’ve been unheard of. In the 1990’s 300g’s of creatine could sell for $100. Today, some twenty years later and with inflation factored in, that same amount of creatine could be purchased in-person (not even online) for $10-$15. This suggests a total breakdown of that particular market. Protein isn’t much better.

Then again, being an extreme skeptic isn’t good, either. It’s very possible that there will be (or are) great, new supplements that will lead to better workouts, more muscle, and faster recovery, but let’s just say, it’s going to take some pretty blatant results, in real people, over a good period of time, before I jump on board. I’ve seen, read, and/or been told about too many big tales which resulted in little more than hot air.

I hope you enjoyed this article, here at Iron Magazine. As always, I’d like to invite you to leave your comment(s). We may agree or agree to disagree, but I definitely want to hear from you. Thanks for reading!