Can You Protein Overdose? 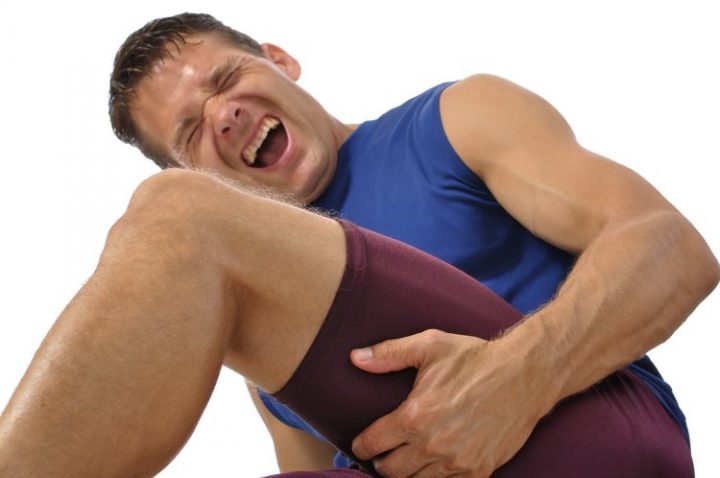 Most everyone has experienced a muscle cramp in their lifetime. Some are short-lived cramps while others are the kind that seem to come from the fiery depths of HELL.

We watch our favorite athletes sometimes come out of a game or a match with what appears to be an injury of some sort. Many times you see them grabbing their leg, often their calf. The good news much of the time is that it’s not an injury, rather a cramp.

Most people look to water, bananas, and electrolytes in order to keep muscle cramps at bay and maintain hydration levels. Experts believed that the cause of muscle cramps were due to dehydration of the muscle or lack of electrolytes. This then would cause the muscle to spasm and cause the individual some pain and discomfort. That thinking might actually be incorrect.

A Nobel Prize winning scientist from Rockefeller University believes he is understanding more about muscle cramps after he himself was sea kayaking and had both of his arms cramp up. What raised a question was that he had plenty of water and electrolytes prior to jumping in his kayak. So he knew it wasn’t a hydration issue. This led the scientist to do some research of his own.

This scientist believes that rather than treating a muscle cramp with water, a banana and electrolytes, using a spicy liquid would alleviate the cramp. The example he gave was along the lines of wasabi or hot chilies. These spicy foods and liquids (liquids get into the bloodstream quicker than an actual whole food option that needs to be broken down) tend to mellow out your nervous system, in turn when ingested before exercise can prevent a cramp or when taken during the onset of a cramp will help it go away.

Setting the World (or the muscle) on Fire

In order to test this scientist’s theory about cramps happening due to the nerve and not the muscle, and that the quick fix would be spicy foods or liquid, he set off to do an experiment on himself and others have followed. What he did was ate or drank spicy foods or liquids and then used an electrical impulse to try to induce a cramp in a muscle. What he found was that it was much more difficult to cause a cramp after consuming something spicy versus not. Then a lightbulb went off in his head about an opportunity through his findings.

The findings from the scientist actually caused him to work with a manufacturer to produce a 1.7-ounce drink shot that athletes can use before they go perform or compete. This product called, HotShot sports shot, was developed to help at the neuromuscular level. The product itself is made up of ingredients such as organic spice extracts, lime juice concentrate, water, sea salt, and cane sugar (along with some thickening agents).

A study done using HotShot showed cramp-prone athletes who used the product showed a 50% or higher reduction in how frequently they suffered from cramping. Since its inception, several professional athletes have jumped on board to endorse the brand.

The downside of this product? Price. Individual bottles are running around $7 in stores, six-packs for $35, and 12-packs for $65. I guess if you are a professional athlete the cost is not an issue, but for those who cramp easily when regularly exercising and would like to take something to help prevent cramps before they happen, that price can add up quickly. For those who have sticker shock, find something spicy and try it for yourself to see if it too can help you steer clear of muscle cramping.