What If Boyer Coe Had Been Mr. Olympia 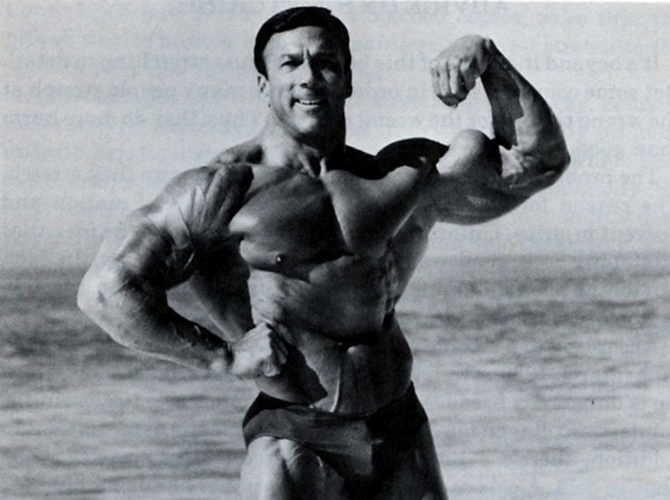 Over the years, there’s a name I’ve heard over and over again from the Golden Era of Bodybuilding. the old-timers talk about him with great regard and a strong sense of nostalgia. Younger historians of the sport, much like their older peer, are equally impressed and a literal loss for words for why this man isn’t 10x more popular. If you’ve ever heard about the legendary bodybuilder with the split biceps, you know exactly who I’m talking about. Never one to get involved in the drama, rather, a low key guy who’s biggest challenger was his last competition’s look, he always kept it professional and to this day, at 71, still keeps an impressive look.

The man I’m talking about started lifting in his garage at the age of 14, with a very basic set of weights, slowly but surely building a solid, aesthetically-pleasing physique. He won a key teenage title in ‘62, as well as local and state titles in his native Louisiana. Within five years he got on stage and won the highly coveted 1965 AAU Mr. Texas. Not bad for a kid from the Deep South, where there was probably little distraction between Coe and his dream of building quality, jaw-dropping physique. For Coe, it was all about the meals, the training, and presenting the finished package on a stage. It wasn’t rocket science, but it was no cake walk, either. Bodybuilding was then, much more than now, a cult sport. There was no internet – hell, Pumping Iron hadn’t even come out yet!! Those involved with the sport had to seek it out and create their niche. Bodybuilders of Coe’s caliber had the utmost respect for the stage, their fellow competitors, and the titles being battled over. So the question stands, what if Boyer Coe had been Mr. Olympia?

From the days of training at Red Lerille’s gym, Boyer had an undeniable role in the sport of bodybuilding. He owned a health food store, a gym, and even designed & sold exercise equipment. This was decades before the internet, much less before social media, but here was an industrious pro who made money through hard work, never at the expense of others. We’ve all heard the stories of Arnold & Franco putting in crazy hours at on various constructions sites…, we’ve even seen a wall they both built, but we haven’t heard much about the tireless work days of Coe, from waking up at 5AM every morning to train or even about his very own training style, WCT. The reason is because Boyer was too busy to grandstand – even if he’d have the time, it simply wasn’t his style.

If I was to put HIT next to Mike Mentzer – everyone would know that stood for High Intensity Training. If I was put HVT next to Arnold, everyone would know that was High Volume. Arnold was larger than life; Mentzer wasn’t far behind. Both Arnold & Mike achieved great titles and placings, but they also loved the controversy. They were both actively warring each other (or others), engaging in the smack talk, and often polarizing cliques with their unabashed rhetoric, but Coe was far too busy, hunkered down, doing the the work, for any of that silliness. And don’t think the press didn’t try – they were constantly trying to get him to crack. Coe was structurally flawless – he had no weak points. This was a guy whose posing left nothing to be desired. He would have been great for commentators to get behind; had he been a mudslinger; he could have sold countless muscle books out!! But he wasn’t interested in that kind of popularity. He was quiet, but he had tons on self-confidence and had all the boldness needed to work the stage like it was his own!! A lot of times people confuse being low key with being timid. Coe wasn’t a bullshitter or a trash talker, but timid he was not! He’d never back down from a challenge on stage or in the gym, he just wasn’t into the negativity off stage. Coe’s WCT, or Work Capacity Training, furthered his mindset and inspired generations. Put simply, it’s a modified version of High Intensity Training that works alongside pyramid sets with very little rest pauses. It’s a school of thought that put on great muscle for tons of guys in the old days and for all those who continue to study Coe and his contributions to modern muscle-building and training. It’s ironic though, because some of the most widely popular athletes from today would probably fail miserably if training with the WCT model. It’s all about slow, steady, and totally controlled reps. Each movement is regimented, each set is executed perfectly.

Back in the old days, there were no Tootsie Rolls in a bowl at the front counter or Lady Gaga singing about some dude named Alejandro over the gym speakers. The gym wasn’t a place to socialize, it’s wasn’t a place to catch up on the latest Top 40 Hits. If you were in a real gym, you were there to train. MUSCLE was your reason for being there. Today, gyms are places for trolls, posers, and other wannabes to congregate, cluttering the floor with a bunch of dumbbells they prolly won’t use, littering their big gym bags full of dirty clothes, and/or holding extended conversations or texting on their cell phones while real lifters wait to use equipment. Times have certainly changed, but for those who still want to build quality muscle, it’s always about hard work, SWEAT, and SACRIFICE!!

Just for the record, Coe earned all the big titles and even made a comeback in the 90’s where at 5’9 & 224lbs he earned a Top 3 spot at the Masters Mr. Olympia. Even today, he continues to push for health and fitness, working hard to set a positive example. So the question is, where would bodybuilding have gone, had he been #1.The truth of the matter is he took a commanding 4th at the 1980 Mr. Olympia, but was one of three top competitors who boycotted the 1981 contest. For whatever reason, the sport wouldn’t see him again for over a decade. Who knows, had he competed against Franco in ‘81, he may very well have taken the title. I’m confident he would have successfully defended it against Dickerson and Samir, but when Haney was on, I don’t think anyone, Coe included, would have stood in his way. Then again, who’s to say Coe wouldn’t have hung on? The reality is, the sport probably wouldn’t have grown much more (in terms of paparazzi and the mainstream), but there’s no question countless youngsters would have been inspired by Coe’s work ethic and passion.

Bodybuilding needs a champion who acts, trains, and thinks like Coe. There’s too much emphasis on being the strongest, being the most controversial, and being the most popular. What we need, are more bodybuilders who, like Coe, are obsessed with training, competing, and making money and growing the sport – the right way. Boyer dominated the 60’s, 70’s, 80’s & 90’s. He’s a living legend and we, here, at IronMagazine.com are very happy to be able to put this article out, showing him love and respect!

We invite you to leave a comment wherever you may see this story. Thanks for reading!