Why Do Celebrities Love Bodybuilding? 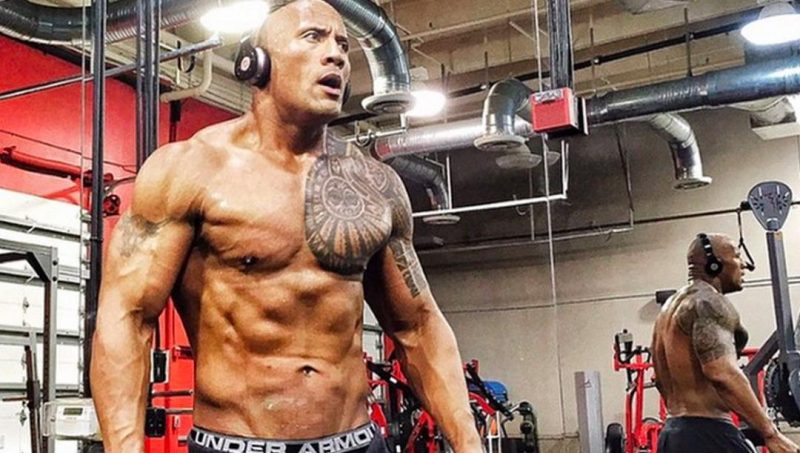 Have you ever wondered why bodybuilding, which is for all intents and purposes a niche sport, draws so much attention from the music business, Hollywood, and mainstream sports? Why is that bigger draws, like the WWE have a fascination with bodybuilders? That fascination has even reaching the point, that it’s biggest mogul, Vince McMahon, put his heart and soul into starting his own bodybuilding federation. He was making a killing with wrestling, much like he has all along, but he saw something in bodybuilding. His approach may have seemed intriguing at first, as he tried to buy the loyalty of every top tier bodybuilder he could find.

He got a pretty impressive lineup, including the likes of Gary Strydom, Mike Christian, and Mighty Mike Quinn. The dream lasted about 2.5 years, but he really went all in, with two big contests, a magazine, and tons of money invested into big salaries for big stars. Other sports, like major league baseball, basketball, even pro boxing and MMA superstars, flock to the sport. Mega stars like John Cena and Triple H have really stepped up and directly helped the sport grow. So the question remains, why is our sport drawing so much attention? Did it start with Arnold? I believe there’s a few main reasons why bodybuilding is so popular with mainstream superstars. The first reason is the sheer hardcore nature of the sport, the second is the intensity the athletes and fitness media have, and the last element is the fact that the mainstream stars can reverse roles.

For starters, bodybuilders train to the limit. They have access to the best supplements, their nutrition is like it’s own school of thought, and everything they lift, drink, eat, is totally scrutinized. Their whole existence is one centered around building an amazing physique. The only reason they work, is to create a blueprint, to create an amazing look. Strength is very important as well and there’s a whole school to that approach. There’s High Intensity, High Volume, FST-7 and others. For most mainstream sports programs, however, there’s a very boring, standard way of doing things. Everything from the warm-ups to the calisthenics to the weight-training programs, they’re all static; they haven’t changed much over the decades and athletes really do these exercises to check off a list. The exercises have become boring, they don’t build physiques, and they don’t stimulate muscular growth. The point of the training and the eating is to improve performance on the field, not build a physique. In fact, many athletes aren’t ripped, they may even be obese, because that simply doesn’t matter in the course of their output. No one asks a football player to pose, no one cares how strong they are, at least not in the same way as a powerlifting meet or bodybuilding show. Whereas most major league sports are team sports, bodybuilding is the one sport (of few others like it), where it’s seemingly all about one athlete. It’s the only sport where every inch of the competitor is scrutinized, where all the sacrifices and hard work come to play. Team sports, on the other hand, are very different. Mainstream sports are also very much dominated by a series of rules – from what can be shown on network tv, to what these athletes can say publicly. Many live very confined lives, many feel like they’re actually going to work, and this frustrates them – no matter how many millions of dollars they earn. Bodybuilders, on the other hand, do social media freely, they interact with fans on their own terms, and they really seem to enjoy themselves much more. Even during the tough weeks of a prep, bodybuilders can be rebels, the are adored by the fans, and they really lead the lives we all think rockstars do. In fact, modern day rockstars, probably lead pretty boring lives, in reality. Bodybuilders look larger than life, feel larger than life, and while in their circle, they’re on top of the world.

The idea someone can use any supplement they want, get as strong as they want, and travel the world, training at gyms, signing autographs, and even being outspoken on supplements that mainstream athletes can’t even look at, let alone try, creates a certain envy. Bodybuilders have huge muscles, they’re vascular, and if they don’t like the clothes society has for them, they have their own made. It’s one thing to rock a jersey belonging to a team, but it’s quite another to be your own brand. Each and every physique-based athlete does just that. They’re creating a whole movement based on their hard work in the gym, their placings on stage, and the legacy they build.

The intensity of the whole bodybuilding world is also very alluring to mainstream stars of all walks of fame. The bodybuilders and physique-based athletes are focused on themselves and their journeys. They’re looking at their vascularity, their symmetry, and if anything else they don’t want to spill over or come in flat – that’s what they think about. Competitors’ whole attention span is on their tan, their carbs, their hair and makeup, also their suits. President Trump could walk by, Metallica could do an acoustic set, and/or Brad Pitt could walk backstage with a big sticker on his shirt reading, “Hello, I’m Brad Pitt,” and few would care. It’s not because Pitt isn’t a huge star, but competitors are in their own world, as is the fitness media. The bodybuilding world is one of the few places on Earth where people don’t get easily starstruck. It’s a niche sport that knows it’s a lot more than that. The athletes know it, the fitness media knows it, and the fans definitely know it. The fact people don’t freak out, that people don’t hyperventilate, or that people don’t mob mainstream celebs, are things the stars live for!! Many actors and actresses are terrorized by the paparazzi, some even invest money in convincing disguises just to go out and buy a loaf of bread like a normal person. The fact they can go to a bodybuilding show and see hundreds, if not thousands, of people – or – go backstage, being in tight quarters and be left alone, is huge. Maybe someone will say a quick hello, others might tactfully acknowledge them with a subtle facial expression, but that’s about it. It’s literally Cloud 9 to a celebrity.

In addition to being, for the most part left alone and/or treated like regular people, some celebrities feel so comfortable that it actually allows them to be even more comfortable than just being another regular person. Sometimes, celebrities actually become and can act as, fans. Imagine that! Stars from the silver screen to wrestling to music and major league sports, can and do, act like fans! Sometimes they might even act like the fans they dread most (e.g., getting nervous, overly excited, and even pestering the bodybuilders). That last scenario is probably rare, but I’m sure it happens.

In conclusion, I’m sure there’s more to this story than what I’ve touched upon, but I do think I’ve hit upon some pretty substantial points. Celebrities love the sport of bodybuilding; they feel very much at home at our events and many have become important figures in it. Some love the experience so much, that they made a home for themselves; they have even found a niche and stick with it, indefinitely. That’s an excellent way for the sport to grow, if there ever was one.

I hope you enjoyed reading this piece and I look forward to reading your comments, whether here at Iron Magazine or wherever you may see this article.