Why Do We Feel the Need to Self-Identify in the Fitness Industry? 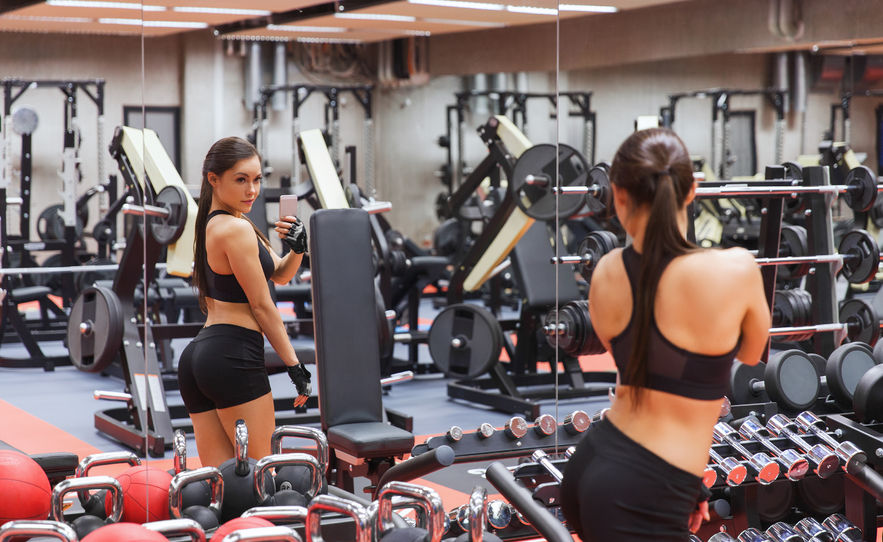 I’ve been noticing a few things lately and it has me scratching my head. Why do people in the fitness industry feel the need to self-identify? It’s as if they are trying to find their way in society and need to plaster across their social media and with everyone they speak to about their lifestyle. Maybe it’s just me, but who the hell cares? Am I missing something here? What’s the purpose?

I want each of you to just browse your friends on social media. I’m willing to bet that there are quite a few within our industry who you are friends with that plaster their social media pages with the words “vegan” or “CrossFit.” It’s as if these hold some type of merit in society that you need to get it out there like a badge of honor. Do you get to be in some sort of cool kid’s club or cult if you put “vegan” in your Facebook profile? Did I miss a memo that said if you wanted to be cool and gain followers you need to put these terms in your profiles? Now, these are only two examples of the laundry list of ridiculous things I’ve seen in social media platforms—and they are the most prevalent of them all.

So, should I put “carnivore” and “I pick things up and put them down” in my social media profiles? Will I overnight gain thousands of followers or have people thinking I’m smart? I’m at a loss for words on this. I actually had a shirt a few years back that was a joke saying “eat meat” with a huge raw slab of meat on the front. This was simply a joke, yet you would be surprised how many people were offended by it in the vegan community—that’s how serious they take their lifestyle. There’s nothing wrong with being serious, but some people need to lighten up a little bit on their agendas.

A vegan and CrossFitter walk into a bar…

There’s a joke floating around that goes something like this (I suck at jokes so I might butcher this): A vegan and a CrossFitter walk into a bar… How do you know? They tell everyone. I’d like to think this is truly a joke, but it’s real life—you can’t make this stuff up. It’s like walking into a steakhouse and then asking the waitress where the vegan-friendly items are. I mean, I don’t go to a rock concert and ask when the jazz music will start.

This past weekend I was in Richmond for a bachelor party. My brother-in-law is big into craft beer so all of the groomsmen surprised him with a trip down to hit up the best breweries in Richmond, VA—The Veil Brewing Company was top on his list of places to visit. If you know me, I engage with everyone. So, there I am mingling with people, asking where they are from and their story—not to be nosey, just to strike up a conversation. Being in the health and fitness industry I’d also mention that they appear to be in good shape and asked if they work out. Many of them did. And some of them decided to tell me about how found a love for CrossFit. Some said they decided to eat “healthier” and became a vegan. Some even said they drink beer every day and simply have good genetics—good for them!

When I think about how I would answer the very same questions that I asked people, my response would be that, yes, I exercise around five days a week with weights and for the most part keep a fairly clean diet. I wouldn’t say I train like a bodybuilder for hypertrophy or that I am a carnivore who eats meat regularly. It just seems like there are some things you just don’t need to share with people unless they ask very deep questions. I don’t hear people saying or posting that they utilize an IIFYM (if it fits your macros) lifestyle or that they incorporate intermittent fasting into their regimen.

Here’s the bottom line, I don’t care if you’re vegan and train at a CrossFit box or if you’re a bodybuilder who eats pounds of meat at each meal. No one cares or asks themselves and wonders if you are a vegan or not. Now, this article might seem like I’m picking on vegans, but I’m only using them as a placeholder and example for this topic of discussion. While not intentionally using this group to be made an example of, they do seem to be one of the worst offenders of what I’m talking about. Why is there a need to self-identify? If you want to be part of a vegan group, then do so. You don’t need to publish all over your social channels that you’re vegan with a bunch of plant emojis. This isn’t Match.com where you’re trying to find a date (heck, maybe you are?).

But, overall, constantly throwing your lifestyle choice out in front of everyone is like you’re preaching. No one cares if you’re Christian, Lutheran, Catholic, Jewish, whatever. Your religion is your religion. That’s your choice and there’s nothing wrong with that. But you don’t see these people putting that all over their social media or walking around town telling everyone they come in contact with.

Do you know people like this? Does it make you curious why they always push it to the forefront? Let us know in the comments!