Why Do We Use Tragedy to Push Negativity in Bodybuilding? 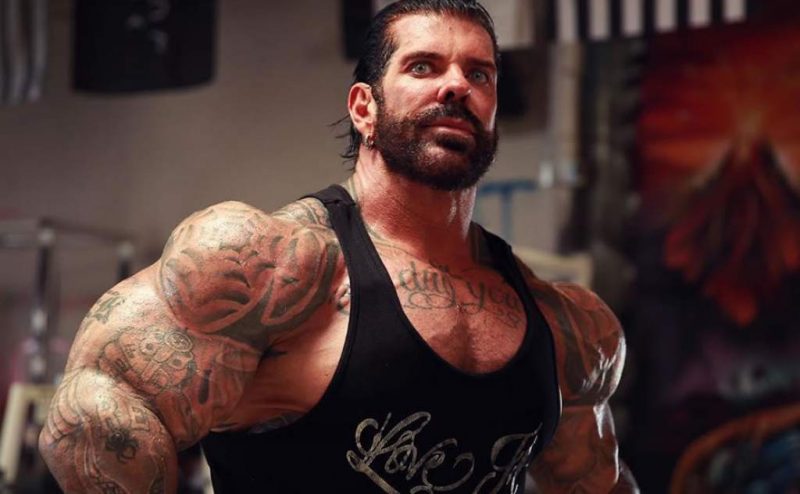 At the time of writing this article, we just got news that IFBB Pro Bodybuilder, “Big Country” Dallas McCarver passed away. And without any proof, people are coming out of the woodwork with accusations and rumors. The man just died, and already you’re pushing your own agenda? What’s even more shocking, is that some of the people who are lashing out, are old washed up bodybuilders who never amounted to anything trying to say how he did this wrong or that wrong—yet, in Dallas’ short career he had already surpassed everything those individuals had accomplished. So, it got me thinking about all the negativity surrounding the sport today, and how people use tragedy to promote themselves and their agenda.

A tragedy is a tragedy. I don’t care who you are, what you do for a living, who your daddy or mommy are, or how much money you have in the bank. When you use the loss of life as a way to get in front of people and promote yourself or your agenda, you are straight up a piece of shit. Hang tight, I’m hoping to keep the rest of this article clean. But honestly, there’s no need for it. Minutes after the news broke, people flooded to social media and blamed this that and the other for his death. The man just died, no one knows from what. Unless you were in the hospital and are investigating, then keep your mouth shut.

One man lashed out that it’s the preworkouts that Dallas was on. Interestingly enough, it was the middle of the night when Dallas was found on the floor. He wasn’t training and any pre-workout in his system would have already diminished. Yet, individuals want to blame the supplements he was using for his death.

It’s the steroids! Look, I’m not here to speculate the cause of death with all the bodybuilders out there who had their lives cut short over the years. But blaming something with no solid evidence is negligent. That’s like immediately saying that someone who drove into a pole “must have been under the influence.” Terrible things happen to really good people. And while I wasn’t close with any of the bodybuilders who have passed away over the years, I feel bad for their friends and family who have to hear all the careless words being spread about their loved one.

Don’t sh*t where you eat

There’s no secret to what many professionals use today in order to jump up on stage at 275+ pounds at a low single-digit body fat. So what? Do you know how many professional football players are using similar products that go unannounced? If you’ve competed in bodybuilding and have taken some of the products that many others have, yet you all of a sudden want to demonize them, congratulations, you’re a hypocrite.

If bodybuilding has given you a name that pays your bills, then shut up. Without the sport, you would be just another person walking through life unnoticed—oh wait, that’s exactly how things are right now since you’re not relevant.

Why not promote all the good someone has done in the industry?

People outside of our industry are quick to jump on the steroid bandwagon and that any good they have done in the community automatically gets throw to the side because of their apparent “steroid use.” Many bodybuilders make appearances, fly to other countries to visit their fans, go out and show support for their law enforcement and military, and give back to the community through their time or monetary donations. Why is no one talking about that more? Most people outside of our industry don’t even know what takes place in our niche or even what these bodybuilders do outside of the gym to help their community.

Society wants to demonize someone for being a “bodybuilder.” As if being a bodybuilder falls in line with being a criminal of sorts. Bodybuilders are people who enjoy putting in the work to achieve a muscular physique and showcase it on stage. They are no different than you and I and what we want to do in our respective careers and be the best at what we do.

When we come together, we are stronger

Enough with the division of bodybuilding. Yes, bodybuilding of today is drastically different from the days when Arnold and Lou were flexing—it’s forever evolving. But when we don’t stand as a unified industry, it only shows weakness and vulnerability. When we stand together, we can showcase all of the good that the sport of bodybuilding has done for this community. Those who we have lost are not forgotten, they become a chapter embedded into the book of bodybuilding, and their life will be reflected upon and all the good they’ve done will be shared.

I think people forget that those who we’ve lost have family and friends who hurt after their sudden death. Everyone wants to chime in with their two-cents rather than mourn the loss of someone who gave something to the sport of bodybuilding. The more we divide ourselves, the worse off this industry will be and the darker the days ahead.