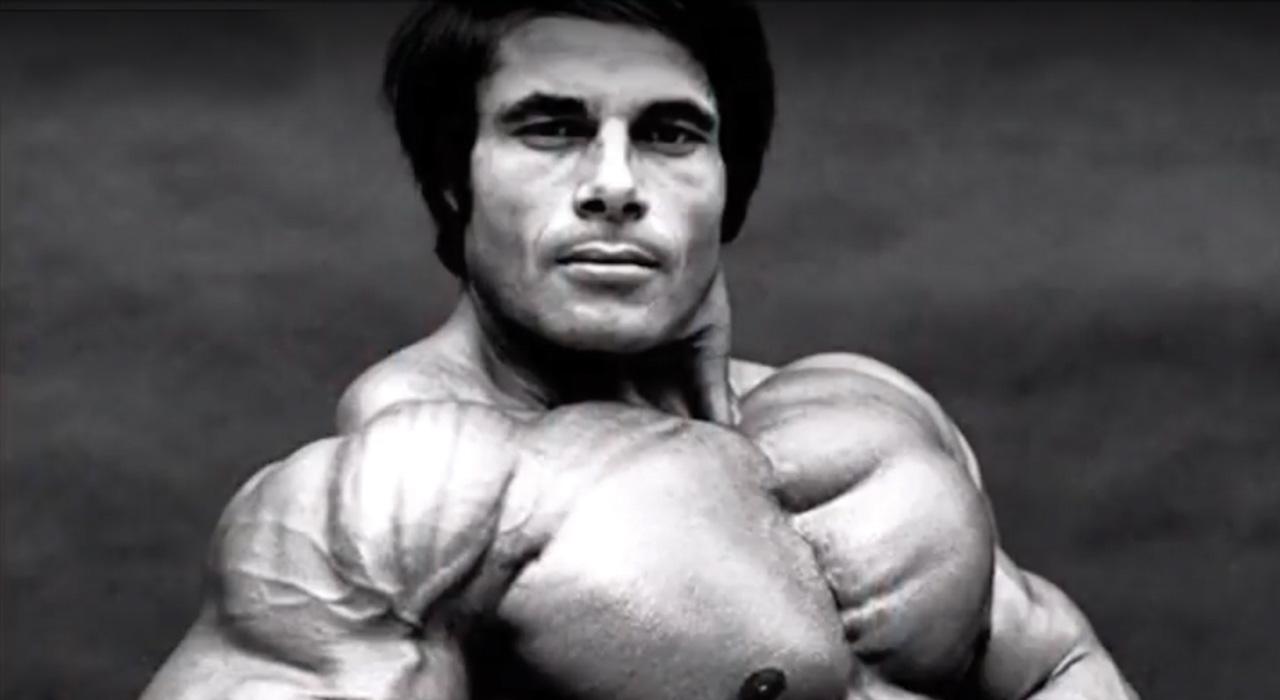 When the news that Franco Columbu passed away broke out, many of us in the world of bodybuilding and fitness were hoping it was a mistake. You know…there’s so much fake news now, with clickbait dominating the scene; however, when we saw the message from Arnold, that sealed the deal. My heart sank and everyone who I told here, at the NPC North American Championships, were in the same boat as me.

You see, Franco is one of the biggest bodybuilders of all time. Like Arnold, his first name is all that’s needed. Everybody knows Franco; it’s like his whole life was in a freeze frame of the movie Pumping Iron. No one can ever forget that movie, they can’t forget the camaraderie between him and Arnold, and they can’t forget how he helped a Sardinian motorist who couldn’t get his car out of a tight spot. There’s also his two big Olympia wins – the decisive win in the 70’s and the highly controversial win in 1981. Few can forget his amazing feats of strength!! How many guys do you know of, who will walk with a refrigerator on their back, simply to prove their unquestioned, unrivaled strength?!?! Franco was a tried and true legend, a guy who didn’t know quitting. He excelled as a bodybuilder, he excelled as a powerlifter, and he excelled as a board certified chiropractor. Everything he did, he was successful at. From training his physique, to building muscle, to earning accolades and honors for his celebrated acting roles, many alongside his buddy, Arnold.

You know.., when you stop to think about Pumping Iron, a lot of it was bullshit. The hiding of personal items, the rivalries, and even some of the humor was totally scripted. It wasn’t supposed to be a movie about bodybuilding, it was supposed to be a film that entertained, along with a loose bodybuilding theme. There was one very authentic aspect to that movie, however, and it was the close friendship – really, the brotherhood – between a young Austrian bodybuilder and a Sardinian one, who met in Munich some 54 years ago. Everything, from the moment they met, to hitting it off, to coming to America and doing odd jobs (like bricklaying), that was all true. These guys were two peas in the same pod; they loved bodybuilding and they’d never leave it.

Franco’s work ethic was unparalleled. He loved his fans and he loved fitness. I’ve seen Franco with the fans many times and you could always tell he cared for them greatly.

One thing I always respected was his unwavering loyalty to Arnold. In many real ways, you can really tell a man’s character by the way he is with his friends and family. To me, I always thought it very honorable how close those two were and that’s why when I read Arnold’s comments, it not only assured me of the veracity of the news in question, but really kicked me in the heart, as well. I can’t even begin to grasp Arnold’s sense of loss. It must be like what we’re all feeling, compounded by 10. That being said, Franco’s spirit will live on, largely through Pumping Iron and Arnold. The truth of the matter is, most people never met either one of them, but that movie has meant so many things to so many people. There have been countless movies, documentaries, and series that have tried to recreate that vibe (some even so audacious as to do it better), but like Ric Drasin often says, those times will never be repeated again. We may have many great bodybuilders, new Mr. Olympias, we might even one day see someone break the records set by The Totally Awesome Lee Haney and The Big Nasty Ronnie Coleman, but they still won’t rise to the level of a Franco or an Arnold. In fact, even guys from that era, they too weren’t on that level. To be totally honest, the biggest names of that timeframe, the guys who really emerged as mini deities from that movie, were Arnold, Franco, and Lou. Those three guys have one of the deepest, longest running, and most important forces in the sport. Their legacies and the sport of bodybuilding will forever be intertwined. Franco’s memory will be a living one, it’ll be a flame that never goes out, Even as we speak, a kid is watching Pumping Iron for the first time, they’re identifying with Franco over everyone else in the movie, and they’re wanting to follow in his footsteps.

I’d like to offer my condolences to Franco’s family and friends, as we say goodbye to the best known, most respected, and most important giant killer the sport of bodybuilding has ever had. RIP / QEPD 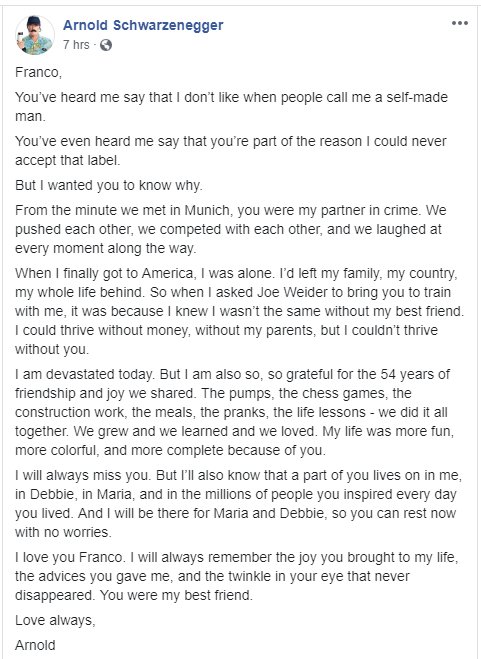