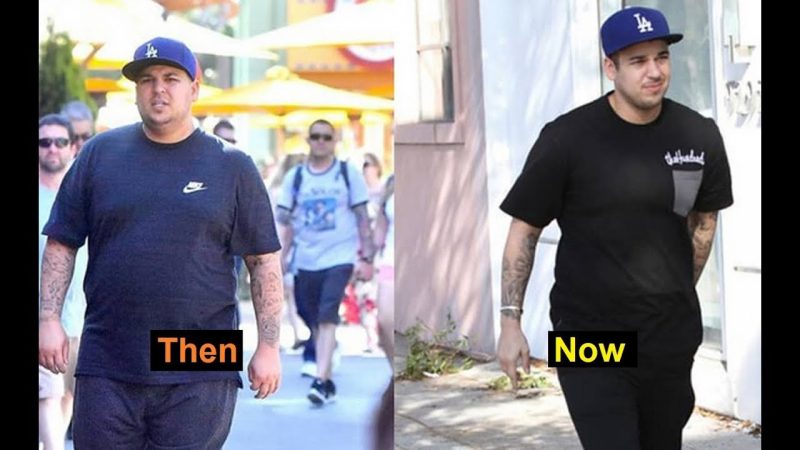 There’s no mistake with the title and it’s certainly not clickbait. Rob Kardashian was bribed by his own mother, Kris Jenner, $500,000 for every 10 pounds of weight he loses. She is challenging him to lose 50 pounds in total, with a payout of $2.5M upon completion. But wait, there’s more! HealthyWage, a purveyor of financially-induced diet contests, has tossed their hat in the ring (probably for the publicity) and offered Rob Kardashian an additional $50,000 if he hits the 50-pound weight loss goal. They even started a #HelpRobGetHealthy movement where people can give him encouragement during his journey. Will this weight loss bribe work? Here’s my take.

*Note: I was emailed this information from a reporter who wanted me to share the details, only my take on this “movement” isn’t exactly what she probably had in mind when she sent it.

Right off the bat, I think this is a stupid idea. $2.5M to lose 50 pounds? It pains me that someone would have that kind of money to toss around as a bribe. With that being said, money absolutely does not buy you health and bribing someone to do something YOU want them to do in the end never works. Doing something for extrinsic reasons generally never pans out the way people hoped.

Don’t get me wrong, I hope Rob Kardashian makes some changes and loses the weight and keeps it off, but why all of a sudden now when money is involved would he be interested in losing weight? Oh yeah, because who wouldn’t want $2.5M? But really, his behaviors and lifestyle won’t change long-term from this weight loss bribe. I see this as a little challenge for him to make some money (as if he really needs it) and be on his merry way.

When people aren’t engaging in activities that promote weight loss for themselves, they won’t adhere to them. That’s like going to the doctor and him telling you that you need to start exercising and paying more attention to your nutrition. “Yeah doc, I’ll get right on that” is a common thought by many. It’s in one ear and out the other because the individual doesn’t truly want to exercise or watch their nutrition, nor are they really even interested in losing weight. They have in a sense accepted the obesity. It’s easier to eat what you want and lounge around than it is to pay attention to what you’re eating and actually get up, get moving, and exercise.

This weight loss bribe by Kris Jenner is merely extrinsic motivation for Rob Kardashian. Let’s face it, if he really wanted to lose the weight he would have put in the effort and made it a priority, which he hasn’t done for years and that’s why he’s in the position he is currently. I’m not trying to bully him, but he has no one else to blame other than himself. He has a baby now and he should be taking better care of himself so his child has a father and so he can set a good example.

The Kardashian’s as a whole are not poor by any stretch of the imagination. And one would think that Rob Kardashian should be happy with his bank account balance. But it seems like Rob has gone into a downward spiral with his life, possibly suffering from depression, and it has affected his health and his happiness. He’s even told family members that he isn’t happy with his life. Obviously, after having a baby and finding out your baby mama was cheating on you isn’t the best scenario.

The bottom line here is that money doesn’t by you happiness and when your health starts slipping there isn’t any amount of money that can buy it back – you simply need to make changes and put in the work to better yourself and your health.

Rob has the means to hire a personal trainer, have someone cook all his meals, and have every available resource possible to help him yet to my knowledge he really isn’t taking advantage of any of those things. So, what is he waiting for? And why would a bribe from his mother even get his attention if he has no interest in changing his lifestyle and behaviors?

Rob Kardashian has had years to get his health and weight under control, but it clearly wasn’t a priority for him and therefore he’s in the position he is now where he’s extremely overweight and unhappy. A challenge or bribe is not going to change anything in the long-term. Even if he loses the weight and collects his winnings, that’s not to say he won’t go right back to eating poorly and being lazy in regards to his fitness.

We have all seen people who dieted down in order to fit into a wedding dress or drop some weight for their beach vacation simply gain it all back as soon as the event was over. I see that being the case here if Rob takes the bribe and accepts the 50-pound weight loss challenge. I hope he does lose the weight (and can keep it off) and heck, I hope he gets his money. But I’m not going to hold my breath.